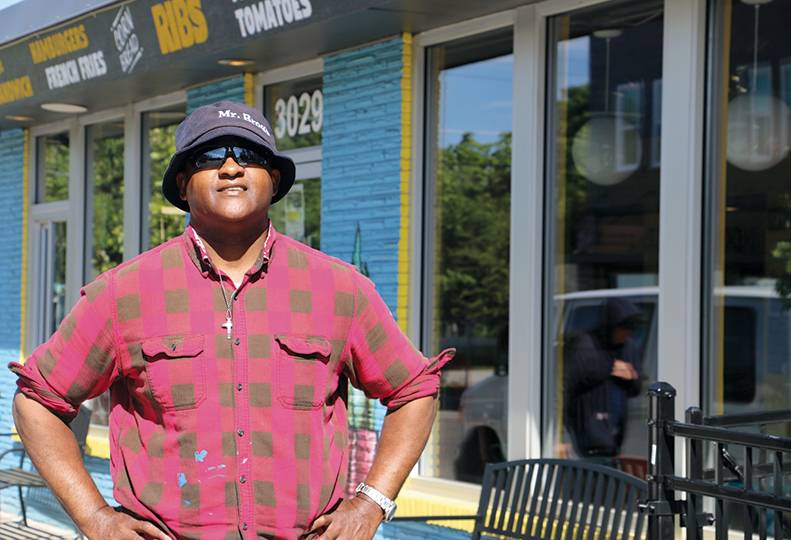 -—Virginia Thomas
Michael Brown says Fresh Soul has been operating for a year and that business is booming. 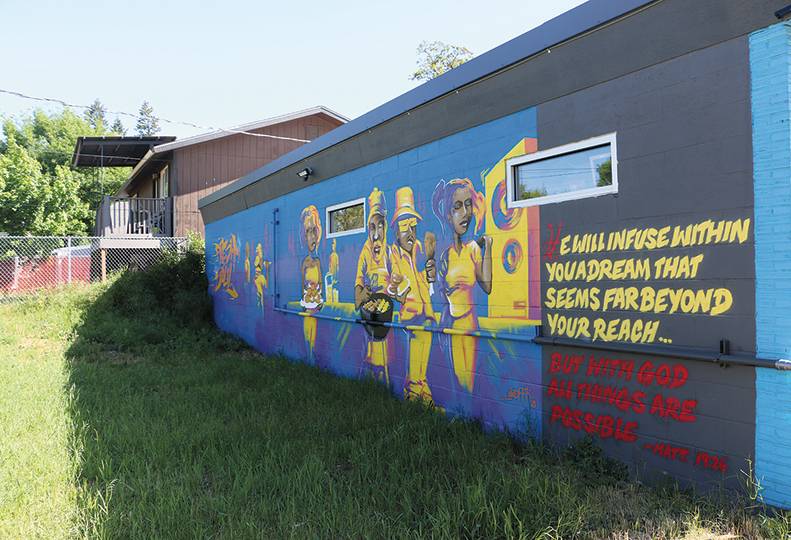 The restaurant, located in a 1,500-square-foot building at 3029 E. Fifth, is part of the nonprofit Spokane Eastside Reunion Association. It’s been operating for nearly a year, and founder Michael Brown says business is booming.

“Business is really getting ready to get out of hand,” Brown says. “It’s been challenging, but what we’re doing here is just amazing.”

“As a matter of fact, (basketball coach) Mark Few with Gonzaga came here and fell in love with the place, and wants us to cater for his team,” Brown says.

Fresh Soul provides teens age 14 to 18 with a 16-week paid internship in which they learn some basic hospitality skills.

“We teach them how to talk to people. We teach them the point-of-sale system. We teach them all facets of hospitality,” Brown says. “Once they’re finished, they get a certificate of completion. The first thing a job asks you is if you have experience. They get experience right here.”

He says that some local restaurants have partnered with Fresh Soul to hire teens who have completed their internships.

“We just graduated three (teens),” Brown says. “They were our first cohort that made it through the program.”

The next cohort is scheduled to start internships at Fresh Soul tomorrow, Friday, May 24.

“We’re hoping to put about 25 to 30 kids through this program a year,” Brown says. “Pretty soon, there’s going to be a waiting list.”

Brown says he started Fresh Soul as a way to support the other programs the Spokane Eastside Reunion Association operates.

“A nonprofit usually depends on grants and donations to survive. That’s the reason why we started this restaurant, so we wouldn’t have to keep asking people,” Brown says.

Brown spent some time brainstorming the best way to create funding for the association’s programs before deciding to create Fresh Soul.

“We wanted to do something that was going to sustain our program, and I had about 12 or 15 years of restaurant experience already from running the family business back in the ‘80s and ‘90s,” Brown says. “I knew then we should try that, even though going into the restaurant business is very risky and it takes a lot of time.”

Brown says his father, Cassk Thomas, owned the Sam’s Barbecue Pit restaurant, which had been on the corner of East Second and South Sheridan before it closed in 1993.

All of Fresh Soul’s food is made from family recipes, Brown says.

“A few recipes I got from my wife; I just perfected them,” he says. “My dad was a really good chef. What I didn’t learn from my dad, God taught me. There’s no way in the world I thought I’d be in here cooking all the food and people would just love how good it tastes. The food is authentic. You can’t get what we’re serving anywhere else in Spokane.”

The building was donated to the nonprofit by real estate agent Sheldon Jackson, of Spokane brokerage Selkirk Real Estate. Brown says that not having to pay rent or a mortgage allows Fresh Soul far more financial freedom than the program would have otherwise.

In addition to the interns, Fresh Soul employs five people, including Brown. He says Fresh Soul has an operating budget of $400,000.

Brown says he chose to extend internships only to teens because he wants to exert a positive influence early on and afford them opportunities that can help them find success later in life.

“I was a youth, and I know how tough it is on the young people today, as far as staying focused on getting jobs and working,” Brown says. “We want them to see what it’s like to get an actual paycheck. It really inspires them and really excites them. They decide, ‘OK, this is how it’s done. I don’t have to go out there and sell drugs. I don’t have to go out there and do something illegal. This is how I can make a living.’”

While Brown says he isn’t aware of another internship program like the one offered at Fresh Soul, he visited a New Orleans restaurant called Cafe Reconcile that trains people 21 and older for work in the hospitality industry.

“Pretty soon, it’s going to go viral, because nobody else is doing this, and the food is great,” Brown boasts.

Brown says it’s his vision to revitalize the East Central neighborhood through programs like Fresh Soul.

“What we have left after we’ve used what we need to sustain our program will be used to help the elderly, clean up their yards, paint their houses, and things like that,” Brown says. “I was born and raised in this neighborhood, so I have a vested interest. I want to pay it forward. I’m hoping that these kids that come behind me — and they will — that they’ll pay it forward.”