Funeral home to be constructed along North Division

Construction of facility set to begin next year 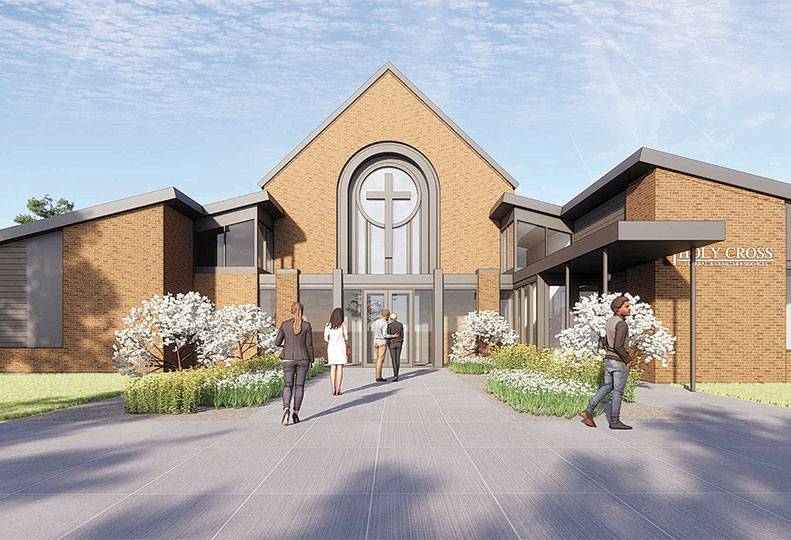 -—NAC Architecture
The new Holy Cross funeral home will be located on the site of a former hotel building, which since has been demolished.

McLean says the nonprofit will build on land located at 7111 N. Division, on the northwest corner of Rhoades Avenue and Division Street.

The property previously was home to a building occupied by Oyo Hotel, which closed in 2020 and has been demolished.

The organization is working to secure financing for the $4 million project, McLean says.

The new site is intended to be a centralized location for a funeral department expansion for the three cemeteries that are operated under the Catholic Diocese of Spokane.

McLean says demand for funeral services has increased and the ministry will need to hire three more staff members to meet its needs.

“COVID brought mortality to the forefront,” says McLean, who adds that since the pandemic, preplanning of funeral services at Holy Cross has grown in popularity.

In addition to burial services, Holy Cross provides funeral and cremation services, and McLean says he anticipates demand will continue to grow as the Spokane community learns of the services.

Holy Cross is working with the Spokane office of NAC Architecture, which designed the project, and Spokane-based Bouten Construction Inc. as the contractor.

Designs for the interior call for a chapel, a conference room, preplanning meeting rooms, and visitation spaces.

“We’ve been working on the design for the last two years and we’ve finally got the outside look down,” he says, pointing to a rendering of a building with a brick façade, large windows, minimal landscaping, and a prominent chapel.

Environmental documents on file with the city of Spokane show an estimated completion date of January 2024.