Museum to lease space at west end of structure 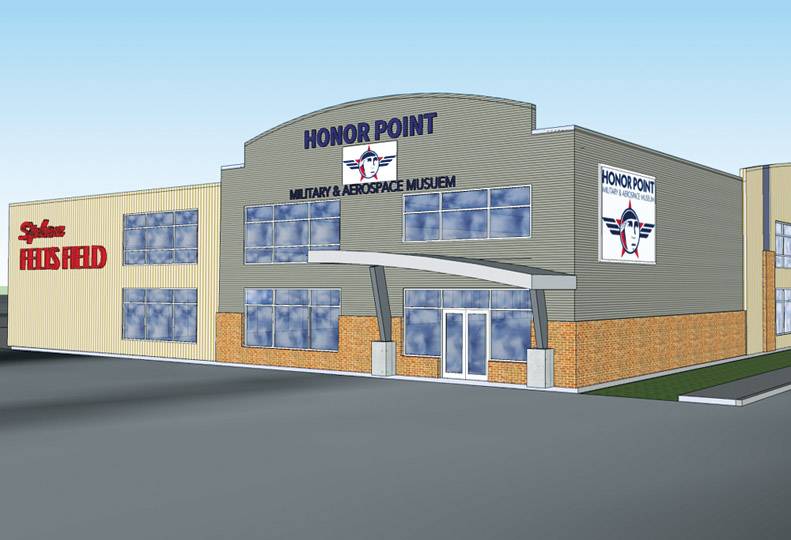 -—South Henry Studios
The Honor Point Military & Aerospace Museum will take 10,000 square feet of space in the new complex slated to be constructed at Felts Field. Museum proponents initially had agreed to lease land at Felts and build a structure there, but changed plans when this project came to fruition. 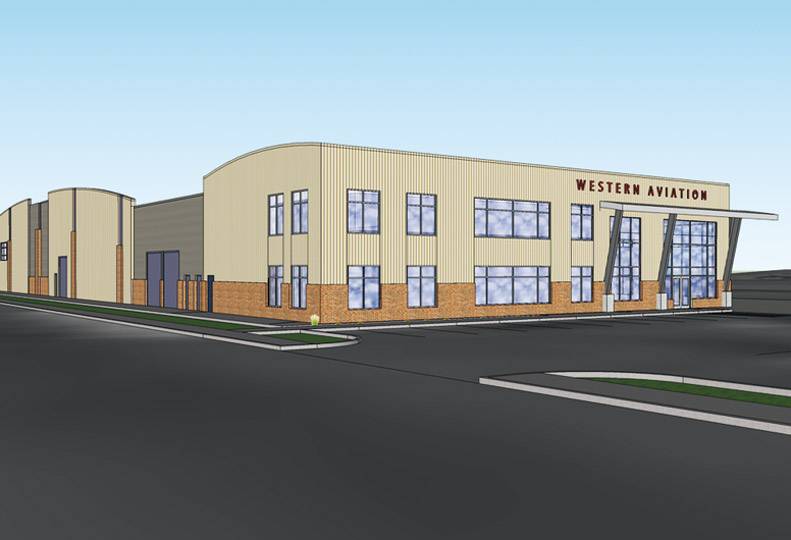 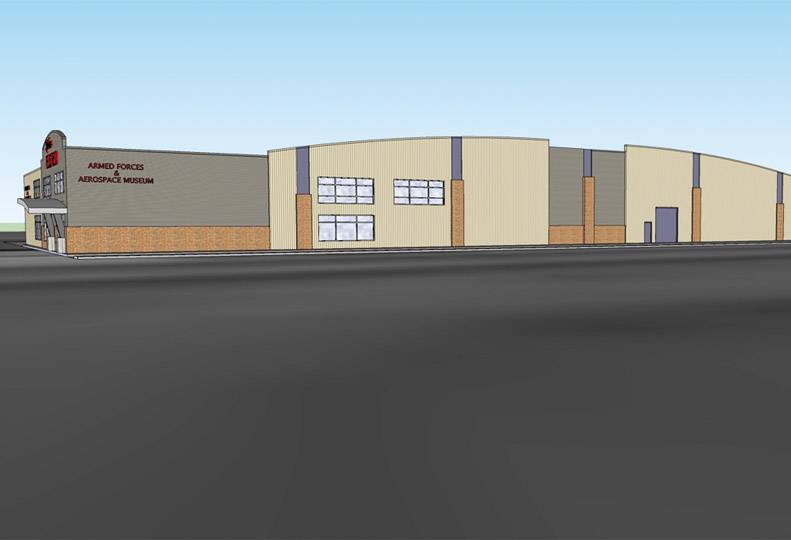 Western Aviation Inc., a fixed-base operator at Felts Field in which Gump also is a part owner, will occupy most of the 350-foot-long complex, which is to be constructed west of the historic terminal building there and will include three 10,000-square-foot hangars. The Honor Point Military & Aerospace Museum, which had leased land at Felts with plans to eventually develop a building there, has agreed to lease 10,000 square feet of space there.

A ceremonial groundbreaking for the estimated $2.8 million project was to be held today at the air field, located at 6005 E. Rutter.

Larry Krauter, CEO for Spokane International Airport and Felts Field, which are administered by the Spokane Airport Board, says he’s excited about the project, which he believes will give the general-reliever airport a “first-class executive air terminal.”

Gump says EFT hopes to begin work on the project in mid-May and to complete it by the end of this year.

“Felts Field has never really had a first-class operation (of the type EFT envisions there), and we feel if we build it, there will be more flight activity that will want to come,” Gump says. As for the longtime-envisioned Honor Point museum and its multitude of backers, he says, “We thought this would be a nice place for them to get a start.”

Of the project overall, he says, “I’m very positive about it. I’m very excited about it.”

Gump also is president of Edmo Distributors Inc., a wholesale supplier of aircraft electronics and related components, which he moved to Spokane from California in 1993 and which now occupies about 35,000-square-feet of space at 12830 E. Mirabeau Parkway, in Spokane Valley.

Fellow co-owners in EFT, Edmo, and Western Aviation, he says, are Ed Lansberg and Fred Lopez, with the partners’ first names forming the EFT acronym used in that company’s name. He says they bought Western Aviation, a longtime Spokane-based provider of aircraft electronics equipment and pilot supplies, about 12 years ago, when it was operating under the name of Western Avionics, and changed the name to reflect its subsequent expansion into other services, such as aircraft maintenance and fuel sales.

The planned new building will give Western Aviation, which has about a dozen employees and currently is located in a leased building at 5505 E. Rutter, a “key place on the airport” that will be more convenient for customers.

It also will provide space for the potential co-location there of Northwest Flight School and Inland Helicopters Inc., he says.

A 50-foot-by-100-foot office complex portion of the new flight center will be located at the east end of the 350-foot-long structure, with the three adjoining, 10,000-square-foot hangar bays located to the west, Gump says.

Western Aviation will use the hangar next to the office complex, and the center hangar will be available for corporate aircraft storage, he says. Honor Point Military & Aerospace Museum will occupy the westernmost hangar, he says. A 30-slot parking area will adjoin the museum portion of the building to accommodate visitors there, he says.

Although the building will be a standard hangar-type airport structure, it will include art deco exterior features to help it blend aesthetically with the design elements of other buildings in the Felts Field Historic District, he and Krauter say.

Krauter says EFT’s ground lease of the site for the general aviation flight center will generate revenue of more than $23,000 a year for Felts Field. Gump says EFT has signed a 20-year lease that includes options for three 10-year extensions.

The project represents a substantial investment for EFT, but the company’s owners expect that “it will basically pay for itself” in increased revenues from heightened activity at the airport, Gump says.

Krauter says, “What’s really amazing about this is when I arrived here in 2011, one of the first things I started to sink my teeth into was the Honor Point project” when the museum was proposed for a site near Spokane International Airport that turned out to be unfeasible.

Between the now looming successful opening of the air museum at Felts Field, as he said he had suggested as an alternative, and the construction of a significant new flight center, “We’re accomplishing two very significant parts of the vision for Felts Field,” he says.

Greg Bulkley, vice president of the Honor Point Military & Aerospace Museum, says, “We’re excited they’re going to revitalize Felts Field, and we get to be a part of that. We’ve got a great story to tell. We’ve had a lot of artifacts in storage for a long time. It’s exciting to have a place to finally hang our shingle, if you will.”

Bulkley says museum backers plan to make it a flexible space, with changing exhibits, and to market it as a venue for events.