Necklace intended to be aid to those with diabetes 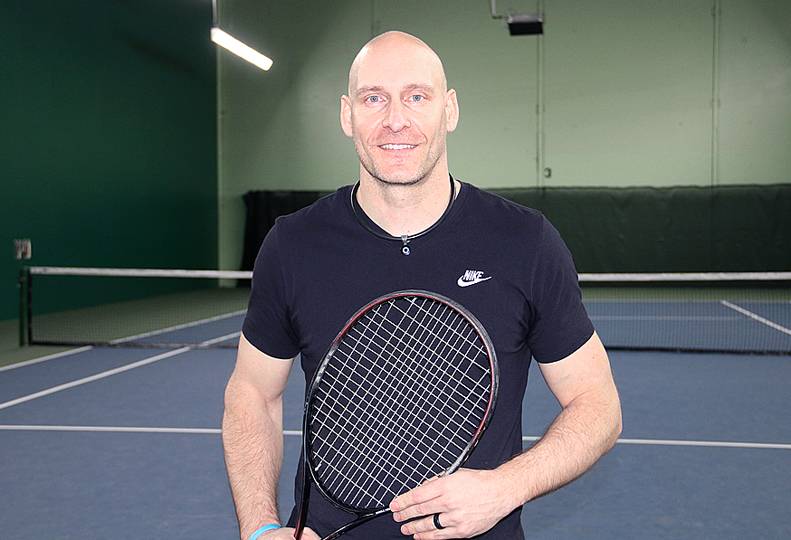 -—LeAnn Bjerken
Kris Maynard dons a Thrive glucose necklace developed by the company he co-founded, Glucose Revival. The company plans a soft launch of the product that will start this month.

Maynard, a Spokane native and civilian firefighter at Fairchild Air Force Base, is the co-creator of the necklace, which he says is designed to help bring diabetics back from low blood sugar episodes.

According to the federal Centers for Disease Control and Prevention, about 30 million people in the U.S. are living with diabetes, a condition in which the body either doesn’t produce enough insulin or doesn’t properly use the hormone that turns food into energy.

Diabetes Type 1, formerly referred to as juvenile diabetes, is an autoimmune disease that triggers the body to attack the beta cells in the pancreas, causing it to produce little or no insulin. Type 2, sometimes called adult-onset diabetes, occurs when blood glucose is too high, and the body doesn’t make enough insulin or use insulin well enough to counteract it.

Maynard, who was diagnosed with Type 1 diabetes at age 23 while serving in the military, says hypoglycemia, or low blood sugar, is a common issue diabetics need to watch for.

“For diabetics, low blood sugar is probably the most common problem we face,” he says, “It’s the leading cause of emergency room visits every year, so when I started this company, my idea was to create a product to help with that.”

As Maynard explains, low blood sugar episodes happen when the amount of blood glucose, or sugar in the blood, drops to a level that’s too low to maintain normal functioning. That decrease in blood sugar levels can cause short-term complications, like confusion and dizziness, and more serious issues if left untreated.

“That’s why it’s so important to keep something on hand like juice or fruit, to be able to bring those levels up again,” says Maynard. “The trouble is that it’s not always convenient to carry something like that with you, and sometimes you just plain forget.”

That’s where the Thrive necklace could come in handy, carrying enough of a glucose gel to boost a diabetic’s blood-sugar level.

One day, while on his way out for a run, Maynard says he noticed some flex straws on his countertop. The straws were the beginning of the idea for his Thrive necklace.

“I filled one up with glucose and took it with me, and it worked out really well,” he says. “I mentioned the idea to my endocrinologist, who encouraged me to look into developing the idea into a product.”

Maynard soon partnered with former Gonzaga University basketball standout Adam Morrison, also a Type 1 diabetic, to develop the idea for the necklace further and begin research on how to manufacture and market it.

“We first started the patent process three years ago. At that point, we just wanted to see if this was a product that people would want to use,” he says. “Over time, diabetic agencies started to pick up on it, and the idea really took off.”

Because he doesn’t come from a business background, Maynard says he was initially nervous about creating a startup.

“All I had was an idea,” he says. “But I brought that to Startup Spokane, and they immediately put me in touch with the right resources and contacts to get going.”

Thrive looks similar to the neon glow necklaces seen at festivals and concerts, with a hollow inside that stores glucose gel. The necklace is connected by magnetic clasps making it easy to remove and adjust according to neck size.

Maynard says the clasps also act as plugs that can be removed to access the gel inside, which can then be applied directly to the diabetic’s gums for quick absorption.

He says the glucose gel inside the necklaces has a two-year shelf life, and although the necklaces aren’t refillable, any unused gel can be saved by simply re-inserting the plug.

“To keep costs down, we plan to start by selling through our website and eventually through Amazon,” he says. “The Thrive necklace will be sold for $18.95, and the Thrive Pro will be $21.95.”

Because hypoglycemic episodes cause diabetics to become confused and forgetful, Maynard says it was important to make a product that was easy to access.

“It’s also great for athletes, because it enables them to stay active and not have to worry about carrying something along with them,” he says. “Diabetes can easily keep you from living an active lifestyle, if you let it. We want to give them the chance to live the life they want.”

Maynard says the company initially wanted to market the necklace to just diabetics but is prevented from doing so by Federal Drug Administration rules.

“The FDA hasn’t ever approved glucose gel as a treatment for low blood sugar, even though EMT’s use it all the time,” he says. “It’s considered a food, which means our product falls into that same category, and we can’t market it as a medical device.”

Instead, Maynard says Glucose Revival is marketing the product as a both a medical alert necklace for diabetics, as well as an energy boosting tool for others.

Despite not being able to market directly to diabetics, Maynard says the company has acquired special permission from the International Diabetes Federation to use the international symbol for diabetes, a blue circle, on each necklace to help raise awareness of the disease.

“We felt it was important to have that symbol on there, to help drive awareness,” he says.

Maynard says in the years since its founding, Glucose Revival has been working to perfect the Thrive necklace and get it ready for an official market launch.

“It took me a while to really understand the ins and outs of all this,” he says. “Adam (Morrison) and I parted ways in 2017, and earlier this year I brought on two new partners, Chris Hoch and Shane Lepan, to help me better understand the business side.”

Maynard says the company plans a soft launch of Thrive next week, which will allow a group of 500 to 1,000 people to test the necklace for a period of 30 days.

“After 30 days, we’ll collect feedback and make improvements before we officially launch the product,” he says.

As a young startup company, Glucose Revival doesn’t yet have the ability to mass produce the Thrive necklaces, so it’s partnering with the University of Idaho, Maynard says.

“The glucose solution is produced through the University of Idaho,” he says. “They’ll also be helping us to assemble and package the necklaces prior to shipping.”

With health care costs rising, Maynard says one goal is to provide an affordable option for diabetics who struggle with low blood sugar.

Maynard says it’s hard to estimate what the customer demand for Thrive will be, but he’s expecting it could be substantial.

“I’ve gotten literally thousands of messages over the years from people who want to know when this will be available,” he says. “With 30 million potential customers, I think it’s just a matter of being able to reach them with effective marketing.”

Glucose Revival received $5,000 in funding in November from the Health Sciences and Services Authority of Spokane County to use toward further research applications and treatments for diabetes, Maynard says.

“This is a grant we’ve won twice now,” he says. “That money has allowed us to work with a grant writer on a proposal for a grant from the National Institute of Health that would enable us to add a technology component to the necklace.”

That component would be a Bluetooth device that receives a signal from a continuous glucose monitor and emits an alarm if it obtains a low reading, he says, adding, “We’ll know whether we’ve been awarded that grant sometime next month.”