Gonzaga tabbed as one of most sustainable colleges 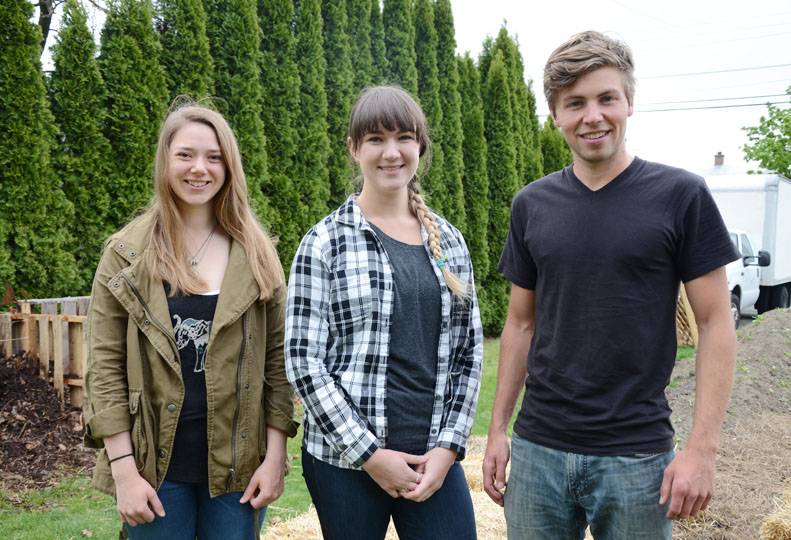 Gonzaga University has been named for the second year as one of more than 350 most environmentally responsible colleges by the Princeton Review, a college ranking publication, for its sustainability initiatives and environmental programs, says Jim Simon, Gonzaga’s director of sustainability.

In its sixth edition, the 2015 “Princeton Review Guide to 353 Green Colleges” reviews colleges, mostly in the U.S., based on their commitment to the environment. The online book links to information about Gonzaga and other schools’ sustainability efforts based on 10 survey questions regarding the colleges’ mass transit programs, whether the schools have at least one sustainability-focused undergraduate major, and other green programs.

Suggestions from Gonzaga students have resulted in the creation of the four projects financed by a student-managed Green Fund, which this year has a $20,000 budget, funded by an optional $5 per semester student fee. The four projects that have been funded include a campus garden and compost program, an indoor plant project, and a study of how much food served on campus is local, organic, or otherwise environmentally preferable.

All four projects have different missions but are related in that they were chosen by students and are managed by students.

“A student-led committee that vets and approves Green Fund projects meets several times a year after it puts a call out for student projects,” says Simon. “Then the applications are discussed, and many are funded.”

“These programs all benefit the Gonzaga student body … and set a way for how we think about having a sustainable campus,” says Simon.

He says the projects provide a great opportunity for students to increase decision-making skills and to learn about sustainability.

“They have the ability to direct funds to project management, and to realize the results of the projects. It all makes the Gonzaga campus more environmentally friendly,” he says.

One of the projects is a program called the Real Food Challenge initiative, designed to help colleges and universities think more deliberately about where their food comes from, according to its website.

Laura Marck, a Gonzaga freshman, has been working with a team on the Real Food Challenge calculator program since December, gathering information on exactly where the food supplied to Gonzaga students by Sodexo Food Services comes from.

“The Real Food calculator is a barometer of how we’re working with Zag Dining Services to better understand where we buy our food,” Marck says.

She says students go through purchasing invoices to determine how much of the food served on campus is “real food,” based on criteria defined by the Real Food Challenge program. Food has to be grown or raised within 250 miles of the university, and has to be organic, among other criteria, to be considered real food, she says.

“The goal is to shift food purchases away from purchasing things that are made by corporations, are not organic and we don’t know where it’s coming from,” Marck says. “It also can’t have trans fats and certain dyes,” she adds.

The Real Food Challenge campaign focus is to shift $1 billion of university food budgets away from industrial farms and junk food and toward local, community-based, ecologically sound and humane food sources by 2020, according to the website.

Since December, Marck and Gonzaga sophomore Emily Karcher have spent hundreds of hours each week calculating exactly what the campus is serving students and faculty.

She says they’ve found a lower percentage of real food overall than they expected, but says the school serves “more real food than a lot of schools in our area.”

She says although the calculator isn’t complete, what they have found is mostly its local produce that’s bringing up the real food scores.

“We get produce from Charlie’s Produce as well as some foods from Shepherd’s Grain,” she says. Portland-based Shepherd’s Grain produces locally grown wheat for its bread products.

Marck, a business major with a concentration in marketing and entrepreneurship, says she eventually would love to help with the marketing of health food stores.

“Most of the food marketed to younger children is unhealthy, and it shows in obesity rates,” she says.

In another project, Gonzaga senior Ira Ford and several other students have been preparing a campus garden this spring, getting it ready for plants. The garden, a 2,000-square-foot space, is the back and side yard of the Saint Peter Faber House on at 718 E. Sharp.

Another student, Carrie Herman, came up with the idea for the garden last September and applied for a $1,500 grant from the Green Fund, Ford says.

“We used some of the funding for importing dirt and compost from a local supplier, getting seeds and potting soil,” he adds.

He says students spread the word about the garden by soliciting word-of-mouth feedback and posting on a white board in the student center asking for student input. Responses included requests for garden vegetables such as tomatoes and cucumbers, as well as requests for plants that would attract pollinating insects. Some students even said they would like to have farm animals such as chickens and goats.

“We won’t have animals the first year,” Ford says, adding that they will have lots of predatory insects and ants that hang around compost.

He says the Inland NW Permaculture Guild donated vegetable plant starts in the fall, and they’ve been growing in a campus greenhouse. Young native plants will be the first to go into the ground after the garden preparations are complete.

“Blue elderberry and raspberries, and small-to-medium berry bushes will be planted first. The safest time to plant is mid-May so then we’ll plant squash, beans, sunflowers, and a flower garden,” Ford says.

“We want to have a meditative section in the back corner and put a bench and try to shade it in for a more relaxing feel,” he says, adding that the students may add a water feature at some point. He says a number of students will be working on the project, including one student who is staying on campus for the summer.

Ford, an environmental studies student, is manager of sustainability for the program and says students work with campus food outlets to bring food waste to the garden for compost, as well.

“We really want to complete the cycle and help the campus sustainability movement to get started and flourish,” he says. “It’s like thinking about an edible landscape, and we would like to see areas that are green lawns you can walk through. You could have food crops and plant edibles which look nice, but you can harvest food from them.”

“A food forest on campus means we can feed ourselves instead of using landscaping for purely aesthetic purposes,” he adds.

Ford says students plan to apply for more funding this spring for gardening tools and a shed for storing tools and equipment.

Simon says the compost project’s mission is to gather waste from both the campus and the community, using a bike and trailer it purchased from the Green Fund.

He adds that other students working on a plant program want to eventually put plants in all classrooms on campus. “They want to put the plants there to help increase happiness and productivity, as well as improve air quality,” he says.