McKinstry structure set to be completed in 2022 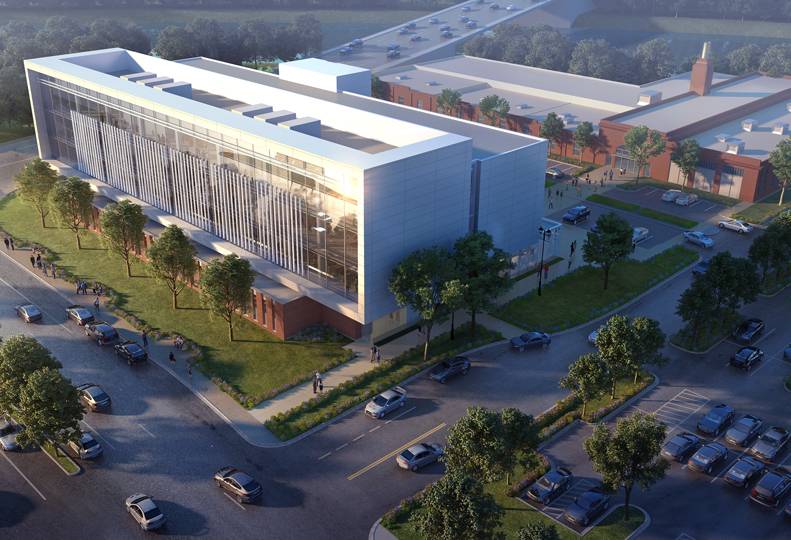 -CollinsWoerman
The new Regional Health Partnership is to be built at 840 E. Spokane Falls Blvd.

Officials from Gonzaga University and the University of Washington announced today construction plans on a $60 million facility that will house their joint Spokane medical school.

The proposed 80,000-square-foot building is to be constructed at 840 E. Spokane Falls Blvd., near the southwest corner of Spokane Falls and Hamilton Street, and will be the center for health sciences and medical education for the University of Washington School of Medicine-Gonzaga University Regional Health Partnership.

In a joint press release, the two schools say they’ve made a commitment to enter into long-term lease agreements for use of space in the facility. The privately funded project leverages and expands the public-private partnership to “reduce risk, expedite completion, and save taxpayers money,” according to the release.

Seattle-based McKinstry Co. LLC will build, design, develop, and manage the four-story facility, which is expected to be completed by August 2022.

“We formed the partnership in the spring of 2016; it was the intention of both partners that a new facility be part of our collective future,” says Gonzaga University president Thayne McCulloh.

“This new building for health sciences education illustrates the strength of our partnership with Gonzaga,” says Paul Ramsey, dean of UW’s School of Medicine. “Along with more space for our medical students and room to expand our class size, we’re excited about the integrated education possibilities with other health sciences disciplines.”

The new building will serve as another cornerstone of a cluster of life sciences education activity in Spokane’s University District.

Says McKinstry executive Dean Allen of the new development: “The RHP building will benefit the dynamic faculty and students at Gonzaga and the University of Washington while creating an innovation hub that expands Spokane’s research capabilities.”