A taxing season for Spokane CPAs 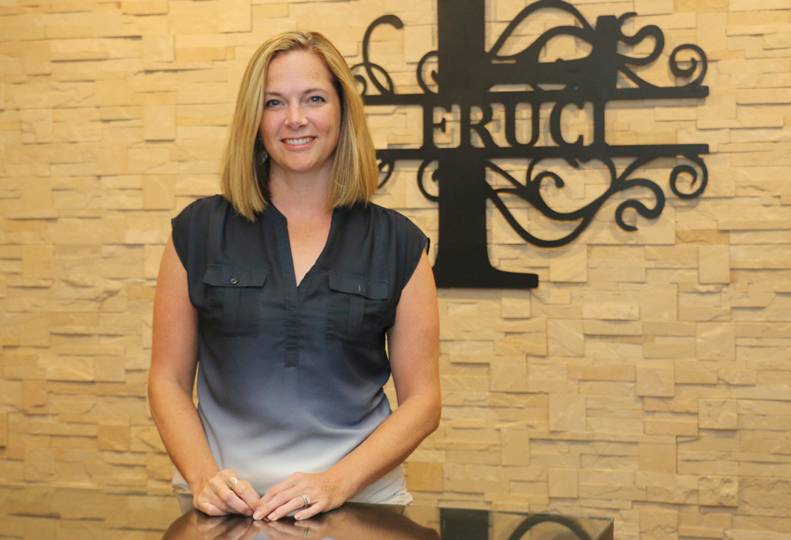 -VIRGINIA THOMAS
Kemper Rojas, managing principal at Fruci & Associates PS, says the fi rm’s employees are working substantially longer hours than they usually would be this time of year.

As the new July 15 deadline approaches, many clients have put off filing until the last minute, and some CPAs here say that has created a bottleneck of work that could take months to resolve.

In late March, the Internal Revenue Service postponed its 2019 income tax filing and payment deadlines by three months in an effort to provide relief for people and businesses struggling financially due to the COVID-19 pandemic and related government-mandated restrictions.

Kemper Rojas, managing principal at Spokane-based Fruci & Associates PS, says by this point in a normal year, most of her 45 employees would be working a maximum of 35 hours a week.

“They’re still working 55 to 60 hours a week, trying to stay on top of it and helping clients,” Rojas says. “There’s a big strain right now on our staff.”

In an effort to guard against employee burnout, Keith Schmidt, partner-in-charge at the Spokane office of Fargo, North Dakota-based Eide Bailly LLC, says the company isn’t requiring its employees to work quite as many hours per week as they normally would during tax season.

“Our typical tax season hours are 55 to 65 hours a week, if not more,” Schmidt says. “It’s been an extended tax season, but with the requirement of anywhere from 40 to 50 hours a week.”

David Green, owner and CPA at David Green CPA PLLC, of Spokane, says from February through April, his employees typically work 13 to 15 hours a day, seven days a week. When the COVID-19 virus became a serious concern in the U.S., Green says his company stopped working long hours every day.

“That was to maintain health for everybody in the office, so that they wouldn’t lower their immune systems by being exhausted,” Green says. “The amount of tax returns going out the door is a much slower pace, even though there’s plenty of work to do, because we don’t want people to get exhausted and get sick because they’ve got lowered immune systems.”

Rojas says many clients have taken full advantage of the deadline extension, and some have yet to send the firm documents needed to file their taxes.

“What we initially saw was an immediate drop in the number of tax returns that came in the door and responsiveness of some clients, simply because they knew that they had that extension,” Rojas says. “We have people putting in large amounts of hours because so many people pushed it to July 15.”

Shortly after the IRS extended the tax filing and payment deadline, the U.S. Treasury Department and the Small Business Administration launched the Paycheck Protection Program, which would provide more than $349 billion for forgivable loans to qualifying small businesses throughout the country.

Kevin Cox, managing principal of tax at the Spokane office of Minneapolis-based CliftonLarsonAllen LLP, says that while it’s been a lifeline for many Spokane-area businesses, working to understand the PPP and to help clients with their PPP applications has taken up additional time accountants might have spent on taxes.

“We were certainly busier in May and June than we normally are, partly because of the extended deadline, but also because of the many tax law changes that came out with some of the bills that were passed for COVID relief,” Cox says.

Without the tax deadline extension, comprehending the tax changes and helping clients with their PPP loan and loan forgiveness applications while filing taxes would have been difficult.

However, accountants are facing a massive volume of work that they say will take months to process fully.

Rojas says her company does a substantial amount of public company auditing. That process, which is conducted quarterly, was extended by 45 days.

“The audits are still being completed right about now, so (public companies) extended their first quarter into the following quarter,” Rojas says. “Everything is getting bunched up. I don’t see our firm normalizing until November, with our workload.”

Schmidt says he’s seeing a similar bottleneck effect, though his company doesn’t conduct public company audits. He says the Spokane office of Eide Bailly has been behind pace by at least 200 returns since April 15.

“I presume we’re going to catch up on that number, to a certain extent, but leading up to and after July 15, I imagine we’re still going to be behind,” Schmidt says.

Green says the pace of work has been slowed further due to many people continuing to work from home. Before the pandemic, if an accountant had a question for a client’s tax attorney or investment adviser, they could pick up the phone and expect to reach the fellow professional immediately. That’s changed due to so many people working from home.

“The flow of information back and forth has been slower,” Green says.

Accountants in the Spokane area who serve taxpayers in Idaho, which has a state income tax, also have found their work complicated by disparate federal and state deadlines.

“It was particularly strange to try to figure out what somebody owes to Idaho before we figured out what they owe to the IRS,” Green says. “The hardest part was keeping track of where Idaho clients were in the pipeline of work to be done and figuring out whether we had sufficient information to be able to calculate accurately what they might owe for Idaho. In some cases, we’d make an educated guess and make an extension payment.”

While taxpayers who are unable to get their paperwork in by the July 15 filing deadline can request an extension until Oct. 15, payments are still due on July 15. That’s created some additional guesswork for accountants.

Rojas says the deadline changes and slowdown in workflow due to COVID-19 have had a direct negative impact on Fruci & Associates’ bottom line, and some of that lost revenue won’t be regained.

“We saw a substantial decline in our revenues for March and April,” Rojas says. “We were up slightly in May, so we’re feeling like a rebound is coming. That being said, I don’t think we’re going to rebound 100%, simply because we’ve been notified by several businesses that they’re just closing up shop and walking away.”

Rumors persisted as recent as June 26 that the IRS could extend the filing deadline again. The IRS has since dispelled those rumors, confirming that the July 15 deadline will remain.

But the uncertainty in the interim caused more tension for accountants.

Before the IRS cemented the July 15 deadline, Rojas said she would prefer the IRS not extend the filing deadline a second time. This year’s marathon tax season already has created stress for clients and employees, she says, and an additional extension would prolong that stress.