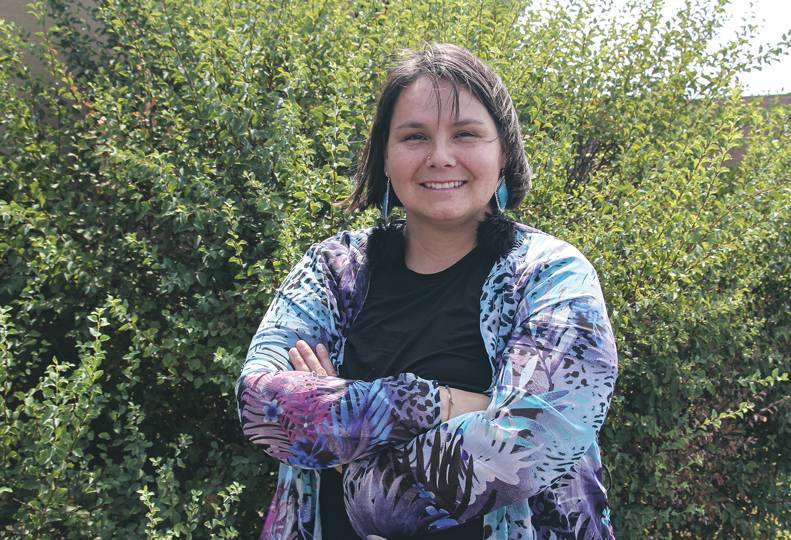 Nonprofit organizations are beginning to look inward when it comes to diversity, equity, and inclusion, some observers here say.

Tara Ramos, owner of Spokane-based Redfox Consulting and a member of the Iñupiat Alaskan Native group, says demand for her services has increased noticeably.

“There’s a rise in desire for change that, as a consultant, I hadn’t seen before the last few years,” Ramos says.

“The focus on nonprofits is because in a capitalist society, capitalism is in and of itself a racist construct,” Ramos asserts. “Nonprofits were birthed out of creating tax breaks for the rich. But in our society, they work as a safety net for those with the least.”

Cambridge dictionary lists one of the definitions of the word “decolonize” as “to change something such as a curriculum in a way that considers the cultural beliefs behind it.”

Hadley Morrow, director of equity and engagement at Spokane-based Better Health Together, says the health care nonprofit has been working intensively within the organization on anti-racism efforts since 2018.

“We recognized that if we were going to be in this work, we had to make sure that all of our staff were prepared to be—and supportive of being—health equity champions and could speak to how systemic oppression is really a public health crisis,” Morrow says.

Better Health Together established an internal equity work group and has held a variety of training workshops.

“Over time, it led to staff opening up and trusting one another more,” Morrow says. “That’s allowed a lot of staff to give themselves permission to imagine better ways of functioning as an organization, which let go of some of the constructs that have made the organization feel stable or more comfortable but were actually rooted in things that make it harder for impacted populations.”

“For example, we asked ourselves, do we really need to require a bachelor’s degree and five years of experience, or is this just something we put and then ignore if we find the right candidate?” she says. “Is there a risk that including this is actually making folks who didn’t have five years of experience but would be perfect for the job self-select out?”

Morrow says the organization launched its own Equity 101 training in June 2020 and trained more than 600 people over the course of six months.

“Demand for our training has been super high,” Morrow says. “Right now, we’re working on building out a cohort of more trainers so that we can meet demand. I think that shows a recognition and enthusiasm around this.”

Ramos says she’s found through her consulting work that a growing number of nonprofit organizations have been undertaking power assessments, meaning they analyze the power structure of the organization to determine where inequities lie.

“It’s really about trying to understand the power structure and how we’re either valuing the individual power of those who are Black, indigenous, and people of color or how your power structure is either causing harm or being toxic,” Ramos says.

“In that system, we’re thinking more about the strengths of each person working inside of it, including personal strengths and ability and willingness to think critically about how the work can best function.”

Such decolonization work can extend to a nonprofit’s board of directors, Morrow says.

“They have a position of final authority and governance,” which is textbook colonialism, Morrow says. “You might have a board that may or may not be related to the work that’s happening, or being impacted by it, or have actual subject matter expertise in the work.”

It’s important for nonprofits to analyze how much time is spent on anti-racism training and how much money is going to diversity, equity, and inclusion work, Ramos says.

“From there, it’s getting to specifics and educating your staff and your board about how anti-indigeneity and anti-Blackness plays out in the work and trying to address the policies that are anti-indigenous or anti-Black,” she says.

Morrow says nonprofit organizations may find in their analyses that they’re falling into patterns of implicit bias or discrimination, or that they lack diversity in their workforce.

Ramos says that if a nonprofit’s workforce is racially diverse, the organization needs to be aware that it shouldn’t expect people of color to share their experiences or to shoulder the work of diversity, equity, and inclusion programs and training.

Social justice movements are gaining enough traction to create pressure on organizations to begin tackling issues of equity and to start having conversations about what it would mean to decolonize, Ramos says.

“It’s a lot of managing people’s expectations of what DEI is, as well as supporting people in their own learning,” Ramos says. “Because that’s really where it’s at—doing your own learning, knowing who you are, knowing the different cultures you’re going to interact with, and bridging those differences rather than ignoring them or shunning them.”

Encouraging employees at all levels of the organization to get to know each other through team-building activities is one basic way for a nonprofit to begin taking steps toward decolonization and anti-racism efforts, Morrow says.

“The idea that the people we spend 40 hours a week with are people who we shouldn’t get to know, that we shouldn’t be able to share our real, full identity with, I think that’s a ridiculous idea,” she says.