DSP, others revisit idea of stadium near downtown 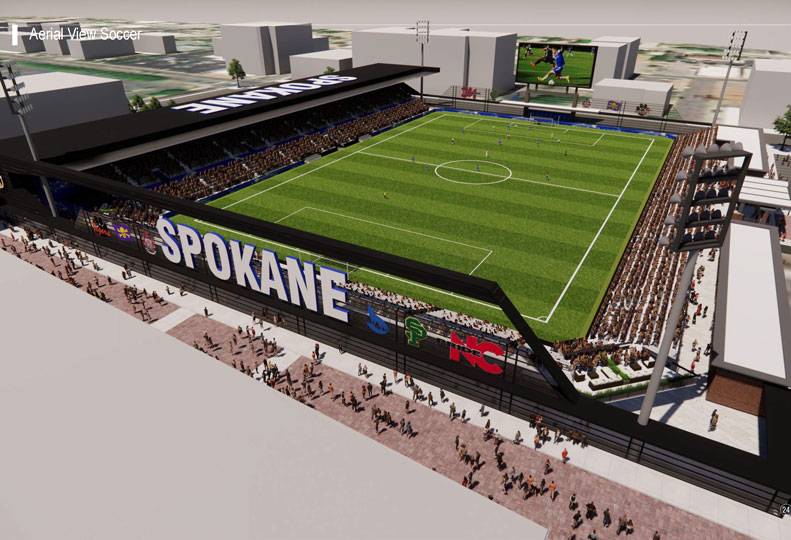 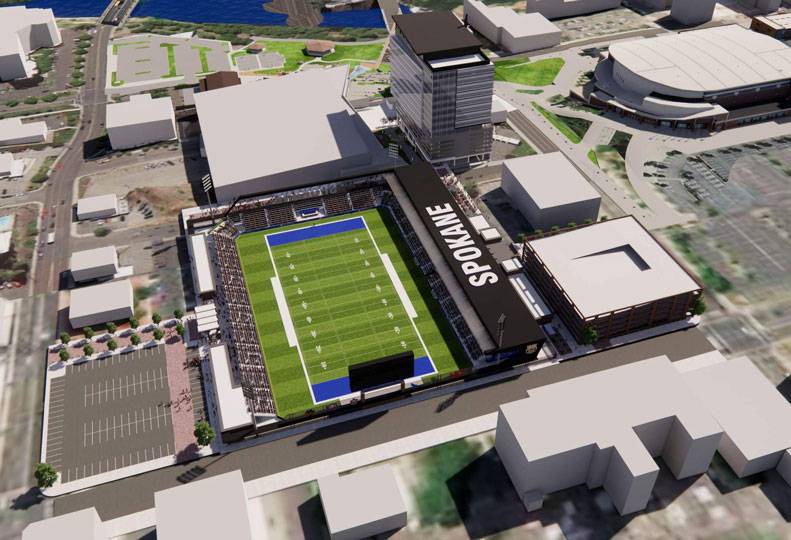 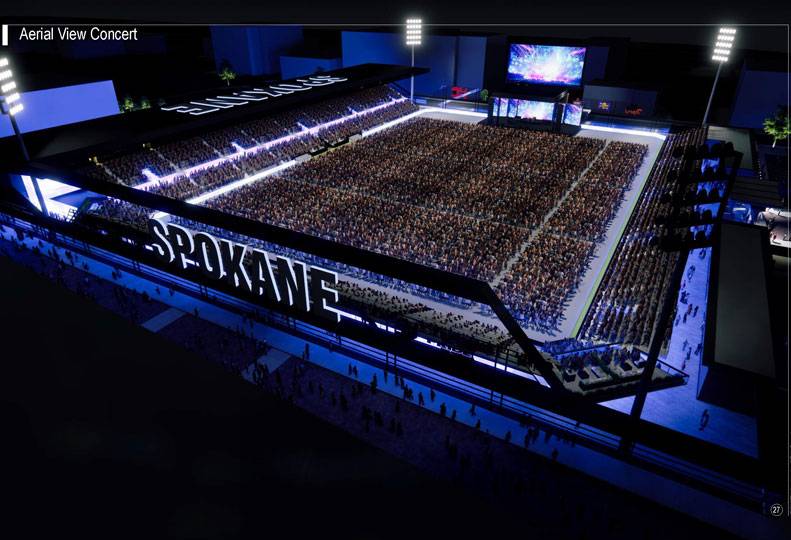 The Downtown Spokane Partnership and other supporters are revisiting plans for a new sports stadium just north of downtown Spokane.

As part of their pitch, the organization wants Spokane Public Schools to put $31 million in construction funds, approved by voters in 2018, toward the project, instead of moving forward with plans to rebuild a scaled-down Joe Albi Stadium, in northwest Spokane.

Mark Richard, the DSP's president and CEO, says the district could save itself $17.5 million in maintenance and operational costs at Albi Stadium if it instead put funds toward a 5,000-seat football, soccer, and events facility that would be owned and operated by the Spokane Public Facilities District, under the DSP’s proposal.

The Public Facilities District owns and operates the Spokane Veteran’s Memorial Arena and the city’s The Podium sports venue currently under construction just east of the arena, in addition to the Spokane Convention Center and First Interstate Center for the Arts.

Richard and other supporters of the stadium idea held a press conference today, March 2, at the Wonder Building, at 835 N. Post. They will make a similar presentation before the PFD at its scheduled meeting tomorrow, March 3.

As part of the pitch to build a new stadium, organizers have forged a relationship with the United Soccer League with goal of placing a professional team here to serve as the anchor tenant.

USL chief operating officer and chief real estate officer Justin Papadakis says the league would commit up to $2 million to build the stadium and serve as the team’s interim owner until a private owner could be secured.

Supporters on Tuesday included restaurateurs and hospitality industry representatives who say such a facility could help the city emerge more quickly from the financial after effects of COVID-19.

Meg Winchester, president and CEO of Visit Spokane, says the downtown stadium has the potential to draw an additional 7,000-room nights annually to downtown and area hotels.

Though no one from Spokane Public Schools addressed the media at the press conference, associate superintendent Mark Anderson says district officials were aware of it and DSP’s continued desires for a downtown stadium.

Anderson says the school district recently forwarded specifications for the revamped Albi to DSP per its request. Spokane-based Garco Construction Inc. is the project’s general contractor. Anderson says construction at Albi is expected to start in April.

He anticipates DSP will approach the school district board soon to deliver the same stadium presentation to it.

“Before any decision, my sense is that they’ll (school board members) want public input on this,” Anderson says.

Tuesday’s announcement comes a little more than two years after city of Spokane residents by a nearly 2-1 advisory vote rejected the idea of building a new high school football and soccer facility on the North Bank in place of dilapidated Joe Albi. Voters opted in favor of remodeled and scaled down Joe Albi Stadium.

“Everything in the world has changed since that vote,” Richard says.

The Nov. 6, 2018, ballot proposal called for a 6,000- to 7,000-seat facility. The new stadium was being considered within the context of the school district’s need for three new middle schools, one of which is scheduled to be located near Albi Stadium.