Dealership complex put on hold over disconnect between two cities 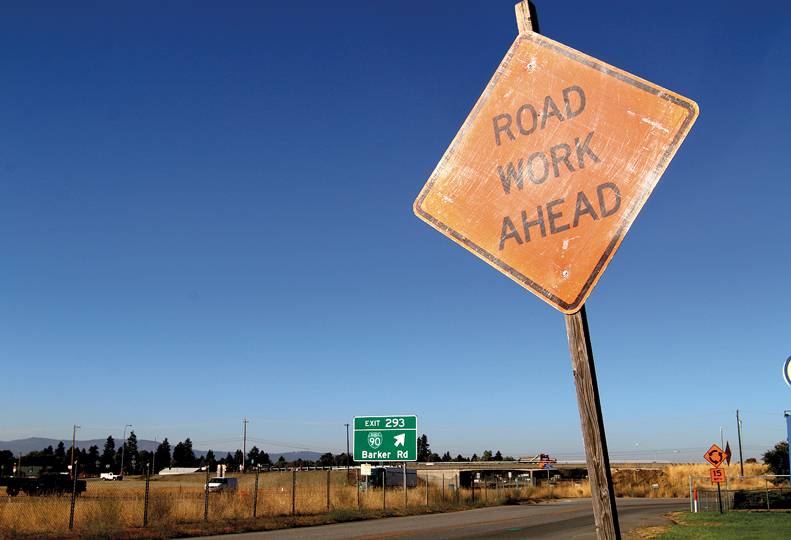 A dispute between the cities of Spokane Valley and Liberty Lake has brought planning of the proposed $30 million Western States Equipment Co. project to a standstill.

Boise-based Western States has proposed building a 115,000-square-foot Caterpillar dealership at 20150 E. Cataldo, which acts essentially as a frontage road along the north side of Interstate 90, in Liberty Lake. The project site is located about a quarter of a mile east of the Spokane Valley-Liberty Lake boundary.

Use of—and wear and tear along—Cataldo Avenue on the city of Spokane Valley side of the cities’ border lie at the center of the issue, as Western States primarily would use a portion of that road for access to its dealership once it’s completed.

On Sept. 3, Spokane Valley appealed Liberty Lake’s finding that the project wouldn’t have any negative impacts on the environment, including traffic problems. In its appeal, Spokane Valley contends Liberty Lake neglected to consider impacts to traffic and the transportation system in Spokane Valley, according to documents obtained by the Journal.

The Spokane Valley Hearing Examiner will hold the appeal hearing virtually at 9 a.m. on Oct. 27.

Kelly Olson, president of Western States, says, “We have 18 locations in five states, and we’ve never encountered anything quite like this before.”

The city of Spokane Valley is requesting that Western States completely reconstruct Cataldo Avenue from Barker Road to the cities’ shared border, which is roughly three-quarters of a mile.

“That’s where the project has come to a screeching halt,” she says. “Liberty Lake isn’t going to mandate that Western States pay for the complete replacement of a road that’s been there for 50, 60 years that’s a frontage road and is not in great condition as it stands right now.”

Olson estimates that improvement could add $1 million to $2 million to the project costs. She adds that asking one company along the road to foot the bill is unfair.

“There’s at least seven other businesses along that road that use it every day,” she says.

In addition to the four-building development, Olson says the company has committed to building out east Cataldo Avenue in Liberty Lake to the site, at a cost she estimates at $700,000.

Phase one of the project, which was to build out Cataldo to the site, was scheduled to break ground this month, she says. The delay will set the company back about six months as it’s likely the asphalt plants will shut down for the winter before the project receives approval to move forward again, she contends.

In a letter to Mayor Ben Wick, of Spokane Valley, and to Mayor Shane Brickner, of Liberty Lake, Bill Bouten, president of Spokane-based Bouten Construction Co., says, “Economic development is a critical priority for our entire region. Using industry-recognized multipliers, a $30 million project like this one will generate over $68 million in economic activity for our region and will employ over 300 construction workers throughout the course of the project.”

Bouten Construction is the general contractor on the Western States project.

Further, he says, “We have an existing local business committed to making a significant investment in our community only to have their project delayed because of the inability of both cities to find a compromise over the SEPA issues.”

The new facility is meant to consolidate the company’s two existing Spokane operations, located at 4625 E. Trent and 520 N. Dyer Road, under one roof, says Olson, adding that the project would be the company’s largest facility investment to date.

In a prepared comment, Jeff Kleingartner, public information officer of the city of Spokane Valley, says, “Spokane Valley is concerned about impacts from the daily traffic serving the facility on its transportation infrastructure, as all traffic is currently proposed to use Spokane Valley’s East Cataldo Avenue, a local access road.”

Further, he says, “There are significant safety concerns about the almost daily oversized loads maneuvering the tight curve at East Cataldo Avenue where it diverges from Interstate 90.”

The city of Spokane Valley estimates such oversized loads, which are upward of 110 feet long and have a capacity of over 200,000 pounds, will traverse the road 15 to 20 times a month.

A representative of the city of Liberty Lake couldn’t be reached immediately for comment.

In a letter to city of Liberty Lake’s planning services office, William Helbig, city engineer with the city of Spokane Valley, says, “Notably, in the event that Liberty Lake does not require this mitigation, the city may be required to impose weight limits on Cataldo to ensure that it lasts the intended life and does not prematurely fail.”

The city of Spokane Valley doesn’t charge impact fees on developments within its borders. Such fees are charged in other cities, including Spokane, on new developments to pay for all or a portion of the costs of road improvements and other infrastructure in the vicinity of new projects.

“So, in addition to Western States paying all of the impact fees and road projects for Liberty Lake, we’re also being requested to pay the same fees to Spokane Valley because Spokane Valley and Liberty Lake don’t have an interjurisdictional agreement to pass funds for businesses in the situation that we’re in,” Olson asserts.

Olson alleges that the dispute boils down to more of a policy issue than an environmental issue.

The city of Spokane Valley Street Standards, passed in December 2009, states, “These (street) standards apply to all capital and development projects within the city’s limits, and, to the extent allowed by law, to those projects outside of city limits that will impact city infrastructure or transportation systems.”

In the letter obtained by the Journal, Helbig says the city requested that Liberty Lake require a traffic impact analysis for roads within Spokane Valley that would directly be impacted by the project.

“We were hopeful that the city of Liberty Lake would acknowledge those impacts as we have identified numerous times in our prior letters, but we recognize now that perhaps you did not fully understand our comments or requests,” says Helbig in the letter addressing final comments on the notice of application.

Those requests included a geometric analysis to determine if trucks could navigate Cataldo Avenue’s corners safely and a revised trip generation calculation, in addition to the traffic-impact analysis.

Kleingartner contends it’s inappropriate for taxpayers of the city to pay for impacts from a project located outside of the city’s borders.

“This is consistent with how Spokane Valley treats all development,” he contends.

Since the appeal was filed, Kleingartner says the city of Spokane Valley has started work on the requested studies, one for traffic impacts and another for infrastructure impacts, which collectively have cost the city about $50,000.

Those studies were slated to be completed Oct. 7.

Kleingartner says, “Spokane Valley has already committed to provide the studies to Liberty Lake once they are received and to work collaboratively to find a resolution as quickly as possible to allow the project to proceed.”

However, Olson says the delays and perceived existing issues between the two cities has made the company feel unwelcome. As such, she says the company is exploring all options, which could include moving the proposed development out of the Spokane area.

“It’s unfortunate that the relationship between these two cities has allowed our business to become a little bit of a victim,” she says. “Is this really where we want to lay our roots? Do we feel welcome? Right now, definitely, we don’t feel welcome.”

The company had planned to use local contractors and designers, she adds.