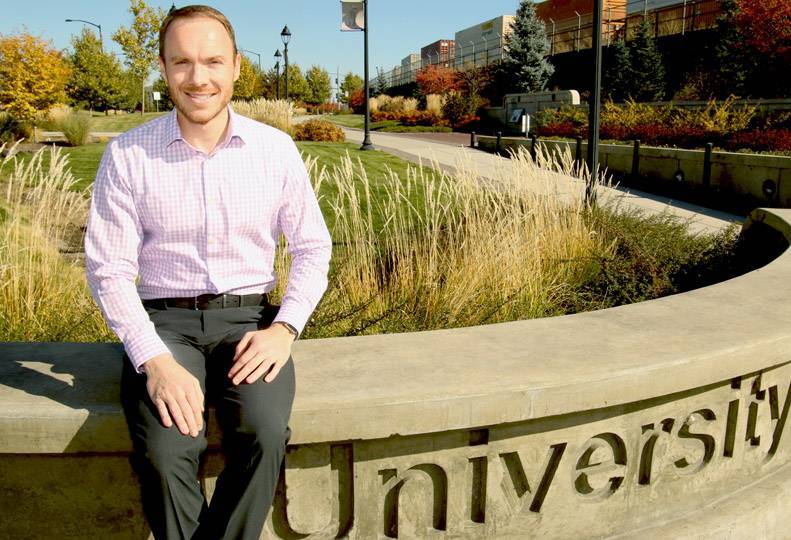 -File Photo
Lars Gilberts is shown here on the west side of the University District shortly after becoming its CEO in 2017.

University District Development Association CEO Lars Gilberts plans to step down by the end of the month to become assistant vice president of community development and impact at Numerica Credit Union.

A Numerica press release states Gilberts will “drive the credit union’s diversity, equity, and inclusion efforts as it pertains to member outreach and access” in the new role.

Gilberts, a 2019 Journal of Business Rising Star who has led the University District for four years, says in a letter to colleagues that he the district’s executive committee is working closely to ensure a smooth transition. He also says his new role will enable him to be even more active in the region, including work with the U District.

Upon taking the U District job in 2017, Gilberts returned to the Spokane area, where he has spent a portion of his childhood, from Florida. In the Sunshine State, he worked as the statewide director of the United Way’s ALICE program, which helps people build financial stability.