Project set to be finished by 2023 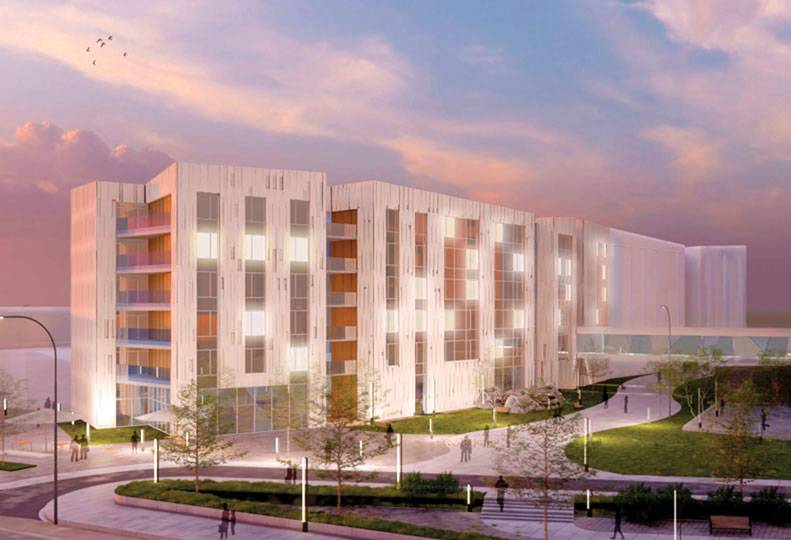 -Integrus Architecture PS
The hotel expansion will have five connected buildings with a design concept inspired by a Native American fishing weir.

Despite the battering the hospitality industry is taking due to COVID-19-related social distancing and business restrictions, the Kalispel Tribe of Indians plans to start work soon on a hotel expansion at its Northern Quest Resort & Casino, in Airway Heights.

The Kalispels plan to break ground this month on a new hotel wing to bring close to an additional 200 guest rooms to the resort two years from now.

“We’re confident things will bounce back in the coming months and years, returning us to the kind of demand we were seeing in 2019 and early 2020,” says Nick Pierre, Northern Quest general manager.

Engineering partners of the team include MW Consulting Engineers PS, of Spokane; and the Spokane offices of Coffman Engineers Inc. and Parametrix Inc. The Society, a Portland, Oregon-based hospitality interior design company, also is involved.

The Kalispel Tribe didn’t release a valuation of the planned expansion. Built in phases starting in 2000, the cost of the hotel and casino complex is estimated to exceed $200 million.

The new wing will be located to the west of the current hotel tower. The expansion will bring the overall hotel capacity to more than 440 guest rooms.

A skywalk will connect the current hotel to the northwest side of the new addition.

The new structure will have five connected buildings with a design concept inspired by an Indian fish weir; a community-focused fishing technique where Indians gathered to fish, trade, and celebrate.

A master plan shows room on the site for a 30,000-square-foot conference center should the demand for such space develop in the future.