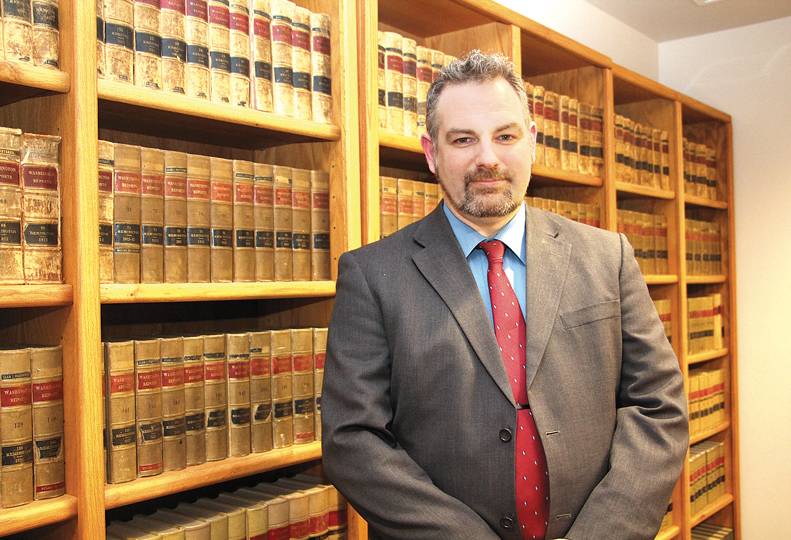 Many business owners are either unaware of a new state law regarding noncompete agreements or are unaware of the scope of the law that went into effect Jan. 1, says Stephen Bergman, of Cooney Law Offices PS, of Spokane.

•New noncompete agreements only can be made with employees who make at least $100,000 a year, or $250,000 a year for an independent contractor.

•A term limit of 18 months is applied to noncompete agreements that meet the salary threshold.

•A noncompete agreement must be entered into at the time of hiring.

“It’s retroactive in the sense that it applies to prior agreements with respect to any lawsuits or proceedings that are filed after the effective date of the law,” Drake says. “For example, an agreement entered into last year that an employer seeks to enforce now, since the law went into effect in January, would be problematic. To the extent that there were proceedings brought prior to the effective date of the law, the proceedings may still be in place.”

Bergman says some employers are still confused about the new law.

“I’ve seen the situation even recently, after Jan. 1, where employers are sending cease-and-desist letters for people who are supposedly subject to noncompete agreements,” Bergman says. “A lot of it is just misunderstanding, and they think if they signed a noncompete prior to 2020 that it’s totally enforceable and these new income restrictions don’t apply, but that’s not that case.”

Employers who are considering establishing a noncompete agreement with an existing employee need to remember that the salary threshold will apply, so a raise might be necessary in order to enforce a noncompete.

Bergman says employers should be aware that the salary threshold is subject to cost-of-living adjustments, so the threshold is likely to rise in coming years.

Bergman says employers also should be cognizant that the law includes penalties against employers who are unsuccessful in enforcing a noncompete agreement.

“There’s a statutory penalty of $5,000 or the actual damages, whichever amount is greater,” Bergman says. “That’s in addition to attorney’s fees that an employee can get.”

Additionally, an employee covered by a noncompete agreement who is laid off must continue to receive a salary for the full period of the agreement.

“It’s still subject to the income provision, so they still have to meet that $100,000 threshold, or $250,000 if they’re an independent contractor,” Bergman says.

“They were able to do a (reasonability) test, and that would depend on the circumstances and the situation,” Bergman says. “There was a lot less guidance for litigation, so there’d be a lot more room for interpretation.”

Moving forward, employers are likely to consider more carefully whether they want to enforce noncompete agreements.

“We’re going to see a bit of a decline in employers electing to try to enforce these agreements, just because of the risk and expense involved,” Bergman says.

Drake says employers have other options for protecting their businesses.

“This law isn’t as catastrophic as it may seem at first glance,” Drake says. “You can still have appropriate nonsolicitation agreements or confidentiality agreements.”

Drake recommends that employers who have not yet done so sit down with their attorneys to review existing noncompete agreements to ensure those contracts aren’t breaking the new law.

“Keeping those lines of communication open and taking an early and a constant look at the scope of their agreements is going to be the best way for (employers) to address any issues or concerns moving forward,” she says.

Bergman and Drake concur that the law is likely to be challenged.

“The degree to which it’s challenged is hard to predict,” Drake says. “I’m sure various aspects of it will be addressed by the courts, if for no other reason than adding some clarity regarding what some of the language and some of the requirements actually mean.”