Demolition expected to begin this spring 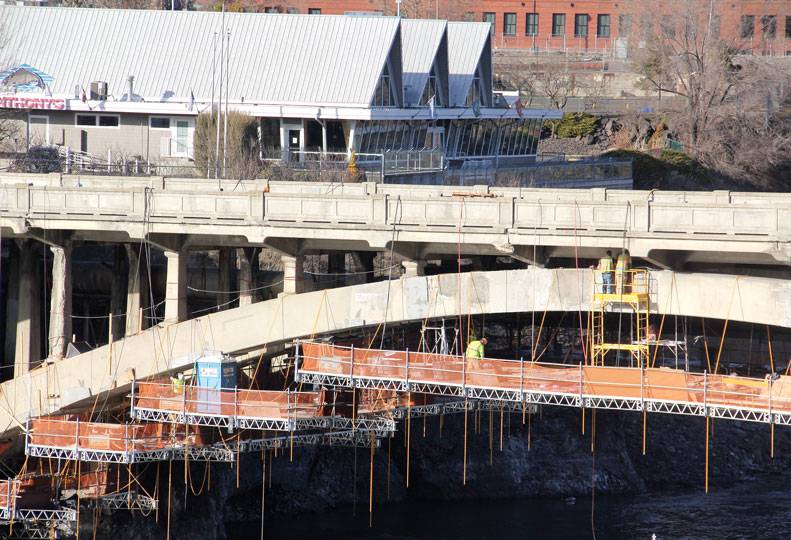 “We’re going to rebuild it from the arches up, but we’re going to keep the historic arches,” says Marlene Feist, who will become the city of Spokane’s public works director on April 1.

Demolition is planned for April “for the parts of the bridge coming down,” Feist says.

Structural insecurities prompted city officials to close the 333-foot-long bridge to motorists in May 2019. Construction initially was expected to begin in April 2020, but pandemic-related measures set the start of construction behind schedule, she says.

The project will include extensive repair of the arches on the bottom portion of the bridge, which also has been taking longer than expected, Feist says. The 104-year-old bridge overhaul now is expected to be completed in the fall of 2022.

Spokane-based Max J. Kuney Co. is the contractor on the project, and KPFF Consulting Engineers, headquartered in Seattle with an office in Spokane, designed it.

Once the bridge is complete, one northbound lane will be designated for vehicle traffic, and about half of the bridge will be used for nonmotorized traffic, including pedestrian and bicycle use.