Construction of shelters to be completed this fall 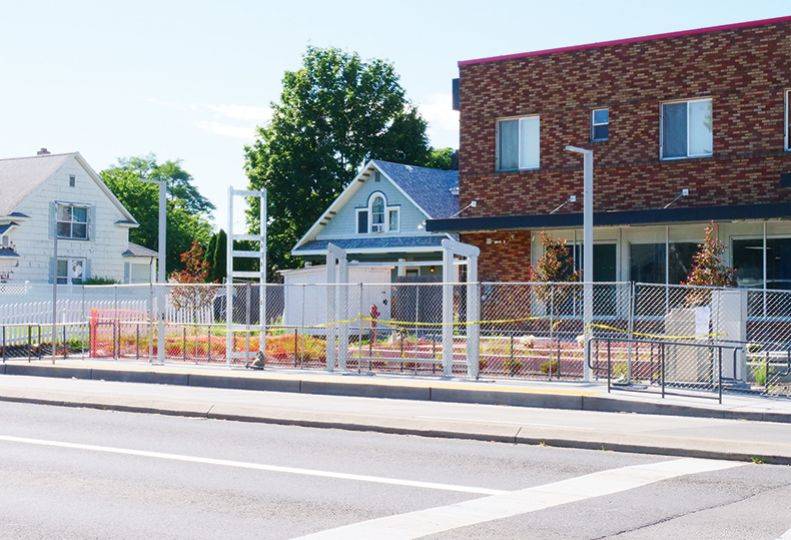 -—Virginia Thomas
Infrastructure is largely in place for a City Line bus stop along Mission Avenue, toward the east end of the rapid-transit bus line.

Spokane Transit Authority has entered the second phase of construction on stops for its $92.2 million City Line rapid-transit bus line.

Brandon Rapez-Betty, chief operations officer at STA, says installation of vertical elements at the 28 stops along the line has begun. Those elements include bus shelters, railings, and signage. At a couple of stations along Mission Avenue, the shelters are only awaiting roofs, he adds.

Rapez-Betty says the contractor on the project, Spokane Valley-based Wesslen Construction Inc., is completing one or two City Line stations at a time.

“They’re working along the line,” he says.

The stations are expected to be completed this fall.

As previously reported by the Journal, construction of the stops was delayed due primarily to a lack of materials needed, particularly about 2,000 linear feet of rolled tube steel for shelters.

The first phase, which was completed in May, involved constructing the horizontal features of stops, including concrete station platforms, communication conduits, and roadway improvements. Cameron-Reilly LLC, of Spokane, completed that phase of work.

The six-mile City Line route will run from the Browne’s Addition neighborhood eastward through downtown Spokane, then northeast through the University District, ending at Spokane Community College.