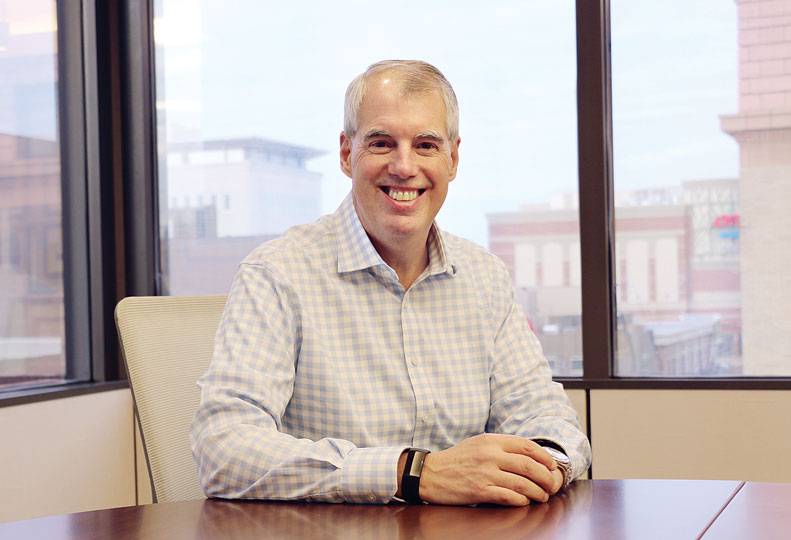 The U.S. Small Business Administration has released a third round of Paycheck Protection Program loan funds, and bankers here say they’re prepared to handle changes made as a result of updates to the program.

In the first and second rounds of funding, Spokane County businesses received more than $876 million in loans through PPP.

As lenders dive into the new round of Paycheck Protection Program loan applications, some bankers say that participating in the program has allowed them to deepen existing client relationships while establishing new relationships and new divisions.

Community financial institutions and lenders with less than $1 billion in assets were granted access to the application portal on Jan. 11. All other lenders gained access on Jan. 19.

Jack Heath, president and chief operating officer at Spokane-based Washington Trust Bank, which has total assets of more than $9.2 billion as of September 30, 2020, says the newest round of the program has a narrower scope than previous rounds.

“This is really targeted toward the smaller borrowers,” Heath says.

Employers who haven’t applied for PPP funds before receive priority funding, provided they meet new criteria that applies to all PPP borrowers.

The criteria include demonstrating a year-over-year quarterly revenue decrease of at least 25% and a payroll of 300 or fewer employees, down from 500 in previous PPP rounds.

Borrowers can apply for up to $2 million in PPP loans in this round. Employers in the hospitality and restaurant industries can apply for a loan amount equivalent to 3.5 times the amount of their payroll, while other industries are limited to loans of no more than 2.5 times payroll expenses.

“I think that criteria will shrink the number of people who are accessing the program, because many of these customers have had a restoration of operations and are performing much better, financially,” Heath says. “But we expect about 50% of (previous PPP borrowers) to come back and access the program.”

Heath says the system through which applications are submitted also has changed. Previously, borrowers received automatic approval and registration with the SBA.

“This time, (SBA) created a separate portal,” Heath says. “Instead of just getting … automatic approval, the SBA has notified us that they’ll review each application, and they anticipate that could take 24 to 48 hours to do before we get answers.”

Jamie Hudson, senior vice president and commercial banking market director for Eastern Washington and Idaho at Portland-based Umpqua Bank, says Umpqua chose to use the downtime between rounds of PPP applications to create the bank’s own application system.

“The bank invested quite a bit of money, resources, and personnel in developing a much more automated and simplified portal for our clients to use, both for applications for new PPP funds as well as forgiveness for existing loans,” Hudson says. “That portal is going to make the processing significantly easier.”

“With the tools that we have and the abilities that we have now, we anticipate that to be a quarter or so of that number,” he says. “We’ve gotten more efficient. We understand the process better.”

Ezra Eckhardt, president and CEO at Spokane-based Spokane Teachers Credit Union, describes processing loan applications and forgiveness applications simultaneously as “chaotic.” About 20% of the first-round PPP loans issued through STCU have been forgiven, and another 20% are in the process of receiving forgiveness, he says.

Hudson says some borrowers chose to apply for forgiveness as soon as they could.

“We encouraged a lot of our clients — especially those in that $150,000 loan size and below — to postpone the forgiveness application as much as possible,” Hudson says. “We were pretty certain that we’d receive some changes to the parameters around forgiveness to make it simpler, which ultimately, we did end up getting.”

Hudson says the legislation that authorized the most recent round of PPP funds also called for a simplified forgiveness application for those that borrowed $150,000 or less. SBA hasn’t yet released the simplified application, but Hudson says he expects it soon.

Hudson says he believes participating in the program was a good long-term move for Umpqua’s existing business customer relationships.

“It was an opportunity for us to build deeper relationships of trust with our clients,” Hudson says. “It helps us to understand the working capital needs of our clients, going forward. It opens the door to conversations that will allow businesses to be more prepared for business disruptions and struggles.”

Lending through the program also uncovered a promising market segment that Umpqua hadn’t previously targeted, Hudson says. He claims businesses in the $1 million to $15 million annual revenue range are underserved by the banking industry in general.

“What we found when we were going through the PPP process was that there were quite a few businesses in that middle range that couldn’t find a bank that could help them, or couldn’t help them efficiently and meet their needs,” Hudson says. “We ended up gaining quite a huge increase in market share for clients of that size. As a result, this year we basically built out a brand-new division in the bank targeting specifically that segment.”

Eckhardt says PPP has been an opportunity for STCU to collaborate with other credit unions in the region, such as Spokane Media Credit Union.

“We have supported eight credit unions in the first round for PPP, and we’re also receiving specific inquiries from some of our collaborative credit union partners here in the northwest for the third round,” Eckhardt says. “We carved out a few members of our team to receive applications directly from members at other credit unions. We fielded inquiries from their members, and we set up a program through which we directly funded the loan back to their credit union of record.”

Eckhardt says some credit unions will help others with the program but require borrowers to open a new membership with the credit union that’s issuing the loan.

“We figured out how to do it so that they could keep their account of record with their primary credit union, and we would just facilitate the loan,” Eckhardt says.

Hudson says that for financial institutions, participating in PPP is a historic step in that the federal government never before has partnered with the industry to provide business relief.

“This is the first time that I can think of that we have been tasked to be the administrator of a support program that was created through legislation,” Hudson says. “One lasting legacy of this program is that it opens the door for that to be the norm for other situations and other support that could come in the future. This might be something that is the means but not the end for business support programs in times of economic crisis.”

Eckhardt says it’s possible for the federal government to authorize additional rounds of PPP funding in the future, if this round is as popular as the first and the fund is depleted.

“But I think it’s also time for Congress to take a step back and make sure that they’re actually satisfying the true need,” Eckhardt says. “In every case that I know of, what businesses would much prefer is that the vaccine is issued, that they’re allowed to get back onto their business plan, to be open to provide products and services to their customers, and that they don’t have to worry about applying for PPP loans and navigating through the forgiveness. They just want to run their business.”