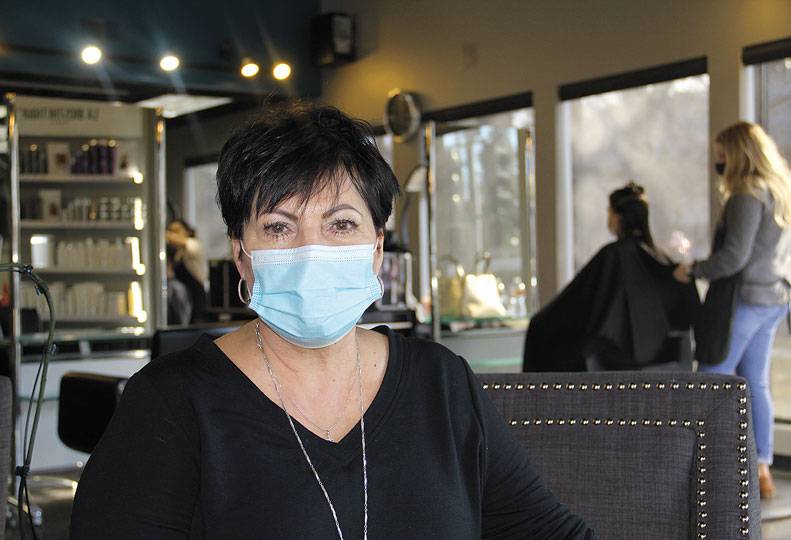 After nearly a year of varying restrictions on social gatherings and business operations to stem the spread of COVID-19, business owners—and a growing number of politicians—say they’ve had enough of what they believe are heavy-handed mandates.

As a result, many business organizations are becoming more vocal in their concerns and criticisms about Gov. Jay Inslee’s Roadmap to Recovery.

The absence of specified future stages has generated a flurry of calls, emails, and letters from business owners, citizens, and politicians to Inslee’s office, says Derek Baziotis, the Spokane chairman for the Washington Hospitality Association and owner of Bene’s restaurant at 24 W. First, in Cheney.

“I think it’s awesome, and we need to keep that pressure up,” Baziotis says.

The governor’s office on Jan. 11 unveiled “Healthy Washington – Roadmap to Recovery,” a revised guide, which uses a regional, phased approach to opening the economy.

Baziotis says the restaurant and hospitality industries feel especially jarred by the approach as any approved passage from Phase 1 to Phase 2 only allows for 25% capacity.

As of press time, Spokane County, along with eight other counties in the East Region, remained in the most restrictive first phase, which prohibits indoor dining.

Alisha Benson, president and CEO of Greater Spokane Incorporated, says any relaxing of restrictions beyond Phase 2 currently are undefined, which only adds to confusion for business owners.

“The lack of roadmap for the future is what makes it hard for them to plan,” Benson says.

Since the state released the new recovery roadmap to the public, GSI, the region’s combined chamber of commerce and economic development organization, has received more inquiries from its members concerned and uncertain about what the roadmap means for navigating the future, Benson says.

For its part, Benson says GSI is working to connect its membership with as many legislative representatives as possible in Olympia, so their voices can be heard, she says.

Jason Hagey, the vice president of communications for the Association of Washington Business, in Olympia, pointed to recently drafted Senate Bill 5114, a bipartisan bill that is before the Legislature that calls for moving every region of the state in Phase 2 with the understanding that upward trends in COVID-19 cases or hospitalizations would warrant a move back to Phase 1.

Hagey says the bill was co-sponsored in part by Sen. Mark Mullet, a Democrat from Issaquah who owns and operates a restaurant there.

Baziotis, who is familiar with the bill, says that being at 25% indoor occupancy under Phase 2 would beat not having any indoor dining.

But for those restaurants still struggling to hang on, he wonders if Phase 2 status would be enough.

“Fifty percent is the number that would give our industry a fighting chance,” he says.

Under Inslee’s previous “Safe Start” plan, Phase 3 allowed restaurants to open up to 75% capacity in counties with certain levels of declining COVID-19 cases and reductions in hospitalizations. Under Safe Start, Phase 4 was marked as a full return to normalcy.

Beyond the financial health of restaurants and the hospitality industry at large, the mental health of employees working reduced hours, or who have been laid off altogether, doesn’t appear to be a consideration among medical officials guiding the state’s reopening strategy, Baziotis contends.

“We hear it over and over, when people aren’t working, they lose a sense of purpose and feel less a part of their own community,” he says.

Under the plan, the state’s 39 total counties were grouped into a total of eight geographic regions. The Puget Sound and West regions, which encompass a total of seven counties, were approved to move to Phase 2 beginning Feb. 1.

All other regions of the state, including the East Region remain in Phase 1. The East Region includes Spokane, Adams, Asotin, Ferry, Garfield, Lincoln, Pend Oreille, Stevens, and Whitman counties.

At his press conference last week, Inslee said those businesses moved to Phase 2 make up half of all businesses in the state.

Last week, officials representing all western Washington counties that didn’t advance to the next phase sent letters to Inslee’s office expressing their frustrations at being left in Phase 1.

For his part, Inslee acknowledges the mounting frustration, but at his press conference gave no indication the state will deviate from its current course, which he says is based on science.

“We’re not making any changes at this moment,” he says. “We need to make reasoned decisions as we reopen our businesses.”

Inslee adds that Washington state officials have made “saving lives as our highest priority.”

Jenny Schuetzle, owner of the 14th & Grand Salon, at 1337 S. Grand, on Spokane’s South Hill, says, while she hasn’t been hit nearly as hard as the restaurant and hospitality industries, small businesses like hers are operating in the most challenging time she’s ever seen.

She still manages to employ a team of 20 stylists despite the fact her revenue dropped 20% in 2020 from the year prior.

Schuetzle says it’s impossible to book as many clients as in previous years due to the amount of extra time that’s necessary to sanitize the salon before and after appointments.

“And the cleaning products aren’t cheap,” she says.

“I’ve wanted to close this sucker down about 20 times now,” Schuetzle says. “I’d say employers and customers are on edge ... trying to stay healthy.”