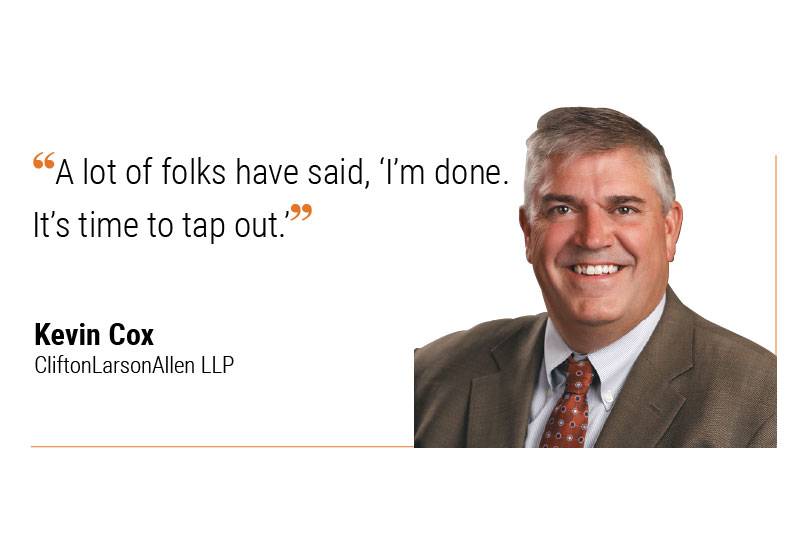 Inland Northwest financial experts have observed an increase in people retiring slightly earlier, and some say the potential for an increase in certain federal taxes is playing a role.

“Staying on top of what the IRS and Congress are doing with respect to retirement savings is an important aspect of the service we provide for our clients,” Kessler says. “There have been some (proposed) changes in legislation that (could) impact the retirement savings vehicles.”

Kessler refers to proposals unveiled Sept. 13 as part of the federal budget plan. One proposal would make changes to retirement accounts for the wealthy, including prohibiting those with retirement accounts in excess of $10 million from contributing extra savings.

The legislation also would repeal Roth individual retirement account conversions. In such conversions currently, retirement assets are transferred from a conventional simplified employee pension, or traditional IRA, into a Roth IRA, which allows tax-free withdrawals in retirement.

Additionally, the proposed legislation would prohibit individual retirement accounts from holding investments that require buyers to be accredited investors.

“There are definitely more folks leaving the workforce at about age 60 or so, as opposed to trying to hang in there into their late 60s or even early 70s,” Burdett says. “They don’t want to wait because they don’t want to be subject to new laws and rules.”

Greg Deckard, president and CEO at State Bank Northwest, says many of those electing to retire early are small business owners.

“With the threat of impending increases in capital gains, we have seen many small businesses decide to sell and retire,” Deckard says.

Kevin Cox, managing principal of tax at the Spokane office of Minneapolis-based CliftonLarsonAllen LLP, says the firm has helped more than 20 clients sell their business and retire. Typically, the firm sees about five clients do so each year.

Part of the exodus is driven by challenges business owners have faced during the pandemic, Cox says, but adds that proposed legislation has played a part.

As reported by CNBC, the proposed increase, plus an existing surcharge on net investment income, would set the total maximum capital gains tax at 28.8%.

Under that scenario, taxpayers would be required to pay the combined increased capital gains tax and surcharge starting in 2022 if their taxable income exceeds $400,000 for a single person, $425,000 for a head of household, or $450,000 for those who file joint returns.

Deckard says, “Most of what I’m being told from our small business clients is that if we’re going to (sell), now’s the time to do it, before capital gains taxes go up.”

Cox says CliftonLarsonAllen is wary of the additional confusion and work the proposed legislation could bring.

“In the last 18 months, we had two other major tax reforms come through with the pandemic,” Cox says. “Now, with the change of administration, they’re talking about another tax reform that could be as big as the Trump administration tax reform. It’s an added burden.”