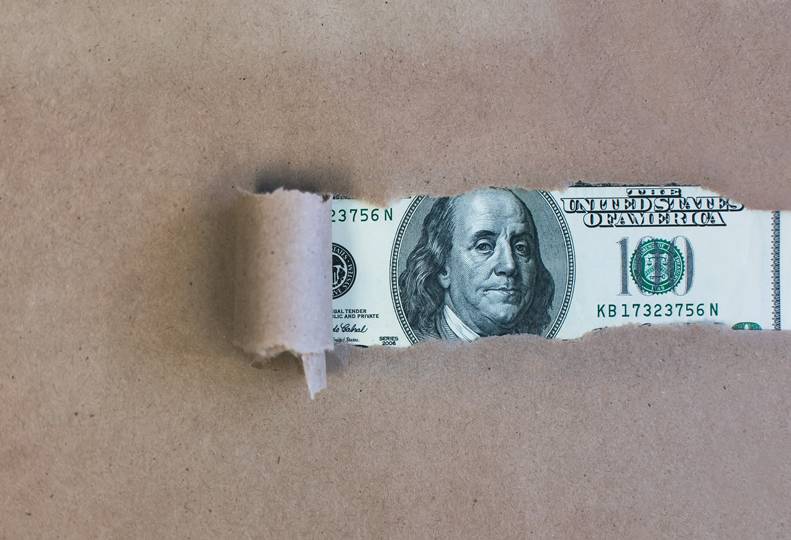 Spokane-area community banks and credit unions are unified in opposition to proposed federal legislation that would require them to report to the IRS on the deposits and withdrawals of all business and personal accounts with a balance of more than $600.

Executives here say such a requirement would significantly impact their day-to-day business operations.

President Biden’s administration has proposed the reporting requirement as one in a series of tax compliance measures intended to close the “tax gap,” a term used to describe the difference between taxes owed to the government and taxes actually paid. Today, the tax gap is around $600 billion annually, according to the U.S. Department of the Treasury, and that projects to reach nearly $7 trillion of lost revenue over the next 10 years.

Closing that gap is a key component of budget reconciliation legislation Congress is considering in the push for an economic plan that would create new investments in child care, immigration, and climate change programs and cost in the trillions of dollars, as currently constructed.

Jack Heath, president and chief operating officer of Washington Trust Bank, says the legislation is made to sound simple and easy to advocate for, but the logistics around it and the ability to make it successful are completely different.

One part of the Administration’s plan is to give the Internal Revenue Service greater access to what is called “opaque” forms of income streams, like proprietorship and partnership income that accrue disproportionately to high earners. In order to gain access to these income streams, the Biden administration wants to require banks and other financial institutions, such as PayPal, Venmo, and cryptocurrencies, to report transactions to the IRS. According to the proposal, banks would “report gross inflows and outflows” for all business and personal accounts to the IRS.

Heath contends, however, the amount of data that banks already report to the IRS around suspicious transactions is significant.

If banks had to start reporting on every transaction in accounts with a balance over $600, they would need to scale and build out the technology to collect such large amounts of data and safely transfer it to the IRS, he says.

Heath says the bigger question for him is: “Do we enter into a point in time with tax policy where we … look at every transaction done by every American?”

To that, others in the banking community here echo Heath’s sentiments.

Currently, banks and credit unions are required to file currency transaction reports on deposits of $10,000 or more. Such reports are filed with the Financial Crimes Enforcement Network, which works to detect and prevent money laundering and crimes, Ciani says. Banks additionally create a report of suspicious transfers to accounts on a list of “evil doers,” such as ISIS or the Taliban.

What is being proposed is different; it’s about finding more income they can tax, Ciani says.

Numerica currently has one full-time person that works to supply data required under the Home Mortgage Act for every home mortgage that Numerica originates. To scale this department in order to accommodate for the proposed legislation, the credit union would need to hire at least 10 people to go over the thousands of customer accounts, she contends.

“The part that concerns me the most is the reporting of ‘transfers with accounts with same owner,’” Ciani says. “How does that work?”

Business owners and families have multiple accounts for various reasons, including savings accounts, travel accounts, Christmas shopping accounts, and accounts for their underage children, she says. The transfers between these accounts and how it should be reported is still unclear and could potentially cause a lot of confusion, she adds.

According to a report by Natasha Sarin, Treasury’s deputy assistant secretary for economic policy, the goal of the proposed legislation is to collect taxes from rich individuals and businesses on income that is earned, but not reported. Today’s tax code, Sarin contends, is a major source of inequity in which regular wage and salary workers report virtually all the income they earn, and wealthy income earners often are able to avoid paying a large share of the taxes they owe.

A key part of the Biden administration’s plan is intended to fund IRS enforcement of high-income individuals and corporations. Currently, the IRS is unable to collect 15% of taxes owed due to understaffing, outdated technology, and an overall lack of resources, says Sarin.

In the last decade, audit rates for high earners have decreased more than for low to middle class individuals, the report says

The Treasury Department claims that by casting a wider net, the IRS will be able to catch illegal forms of income not reported to the government and help support a healthy tax system that is equitable for all, not just rich individuals. The department estimates the measure will generate $1.6 trillion in additional tax revenue.

Ezra Eckhardt, president and CEO of Liberty Lake-based Spokane Teachers Credit Union, says STCU currently has 240,000 members with roughly 700,000 accounts. The scale of reporting for all these accounts is not just immense, but because Congress is asking for a simple “money in, money out” report, the transfers between these accounts wouldn’t be discernable, he asserts.

“The purpose of the bill, really, is to find loopholes that are being targeted by billionaires,” Eckhardt says. “Then increase the taxable reporting by billionaires. Don’t bring it back down to all 340 million Americans. Go target the 1,000 or 1,500 people it is intended for.”

The Independent Community Bankers of America is strongly opposed to the new reporting mandate.

Gregory Deckard, the national treasurer for ICBA and CEO and chairman for Spokane Valley-based State Bank Northwest, says the organization has alerted policymakers with fact sheets, letters, and thousands of messages from community banks.

“To counter the plan,” says Deckard, “local bankers and consumers—especially small business owners—should weigh in directly with their members of Congress to voice their opposition to this intrusive mandate.”

Susan Horton, president and CEO of Spokane-based Wheatland Bank, says the key areas of impact for Wheatland Bank also would be the cost of software, the people needed to gather and report the data, and the third-party costs of maintaining such massive software. She expresses concerns about transferring this information to the IRS, which, along with other government agencies, has had numerous security breaches.

She says she has contacted several members of Congress to oppose vehemently the legislation and says she would be surprised to see it become law.

“We’re not even going there,” Horton predicts. “We’re not anticipating this being approved.”