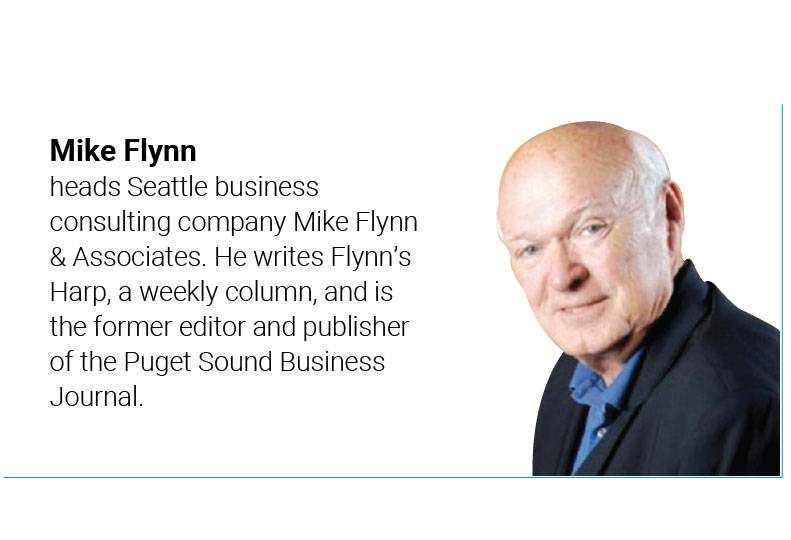 Watching Russia in an aggressor role in its unprovoked war on Ukraine likely has brought a mix of sadness and regret for those who recall the time in 1994 that Boris Yeltsin, first president of the Russian Federation, stood before a Seattle luncheon audience of 800 that included ambassadors from many nations and shared his vision of a special relationship between this state and his nation’s eastern region.

The unlikely—but real—relationship between a state and one of the world’s most powerful nations that began to develop more than 30 years ago and reached a high point in the ’90s came to a sad—but necessary—end this month. Both the state of Washington and the nonprofit Council for U.S.-Russia Relations ended ties with Russia because of its military aggression against Ukraine.

Gov. Jay Inslee ordered state agencies to cut ties with Russian institutions and the Council for U.S.-Russia Relations condemned the “military aggression by the Russian Federation against the Ukrainian sovereign nation and people,” adding, “We call for the earliest cessation of hostilities and withdrawal of Russian Federation forces from Ukraine.”

Derek Norberg, president and founder of the Council for U.S.-Russia Relations and executive director of its Russian American Pacific Partnership subsidiary, says in advising me of the council’s recent action: “We are unable to continue, given the current situation.”

Although there was a series of important events in that special relationship—mainly an economic one—for Washington state and the Russian Federation, the relationship was guided over two decades mainly by the Seattle-based Foundation for Russian-American Economic Cooperation and its founder and president, Carol Vipperman.

The first of those special events was the 1990 Goodwill Games, in Seattle, which weren’t envisioned initially to be held in Seattle when media mogul Ted Turner, troubled by the political boycotts of the Olympics by the U.S. in 1980 and by the U.S.S.R. in 1984, decided to sponsor an international sporting event. The first games were held in Moscow in 1986 with the second destined for the U.S. four years later.

Even before the Moscow games opened, sports promoter Bob Walsh created the Seattle Organizing Committee to bring the games to Seattle. On June 19, 1986, the Committee won the bid from Turner for the 1990 games—outdoing five other cities that had hoped to be selected—and Walsh began putting together a $180 million production.

Seattle hosted those second Goodwill Games in July and August of 1990. Thousands of athletes from nearly a hundred countries competed at local venues, including the University of Washington, the Tacoma Dome, and Weyerhaeuser King County Aquatic Center, which was built for the games. By then the U.S.S.R. was midway through its three-year dissolution that resulted in the emergence of 15 independent republics, including Russia.

The Games’ keynote address, a brief welcome, came from Ronald Reagan, who had finished his second term just 18 months earlier. The Cold War was then almost over, with what Reagan had once described as “the Evil Empire” on the brink of collapse.

I have my own Russian memories since part of the Goodwill Games involved conferences and hosting Russians. Thus, as the publisher of the Puget Sound Business Journal, I agreed to host a journalist. Sos Mikail “Misha” Bonderenko, a 39-year-old journalist who was actually the president of the young journalists of Europe, became not only part of the PSBJ staff for a couple of weeks, but also my family’s house guest.

Through him, my wife and three kids had the unique experience of learning firsthand about Russia and Russians. Later, Misha asked me if we would host his wife and 9-year-old daughter, Masha and Dasha, who lived with us for a time as we introduced them to the growing Russian community in the Seattle area.

Meanwhile, Misha and I created a Russian newsletter with the intent of keeping interested businesspeople informed of developments in Russia. But we couldn’t generate enough newsletter sales to keep him interested, in part because he had a career to build, and I lost track of him.

For Foundation for Russian-American Economic Cooperation’s Vipperman, it was the year prior to the Goodwill games that she was invited to join a U.S. group going to Moscow and St. Petersburg to look in on newly formed cooperatives designed to pursue U.S. business approaches. She returned and launched the Foundation in April of 1989, seven months before the Berlin Wall fell.

When asked what her expectations were in forming the foundation, Vipperman, a Seattle marketing consultant, said, “We felt if we could do business together, we’d be less likely to go to war.”

A year following the Goodwill Games, as business relationships were being pursued both in the Russian east mainland and on Sakhalin Island, Alaska Airlines decided to commence summer service to the port towns of Magadan, and Khabarovsk, in east Russia. Alaska Airlines eventually extended its service to five cities in the rugged Russian Far East.

It’s worth noting that Seattle is 500 air miles closer to Magadan than Moscow is. Vipperman says, “The Alaska flights were meaningful to both sides.”

Ralph Munro, Washington’s secretary of state from 1981 to 2001, recalls taking eight to 10 trips to the Russian Far East, including one on which he “took the first boxes of Washington state pears to that region, and they went crazy for them.”

In 1992, the new Russian Republic opened its first consulate office in the U.S. in Seattle, with what was described as “jubilation.” Chicago, with a large Russian population, had expected to be selected, but it was Seattle.

“We got the consulate, and they gave us a consul general, Georgiy Vlasken, a visionary guy who wanted to make things happen,” Munro says.

The relationship soon grew to include most West Coast states and several in other parts of the country.

“The vision was originally for Washington state, and we led states by a long way in trade and commerce,” Norberg, of the Council of U.S.-Russia Relations, tells me. “And we had the only operating U.S.-Soviet joint venture company, Marine Resources Co. International,” a company with which Norberg held a variety of management positions in the 1990s after having worked on Soviet fishing joint ventures in U.S. waters off Alaska, Washington, and Oregon in the late 1980s.

Norberg’s Russian American Pacific Partnership held its 26th annual meeting last July, a bilateral gathering that attracted 90 participants from both Washington, D.C. and Moscow, as well as representatives from seven states and seven eastern Russian regions. Among presentations was one by John Sullivan, U.S. ambassador to the Russian Federation, who said there are now some 1,100 U.S. companies operating in Russia.

Sullivan noted that “during times when our two governments do not see eye to eye on many issues, annual meetings like RAPP assume even greater importance. Such meetings between businesspeople, entrepreneurs, academics, students, and regional and civic leaders serve to explore the many avenues for potential cooperation and provide ballast when the bilateral relationship is strained.”

Then came the Ukraine invasion. And that has left little but reflection.

“We have no interest in having anything to do with Russia now,” says Norberg. “I don’t think there’s going to be much return to anything normal. There’s no path for Russia to return, except without Putin.”