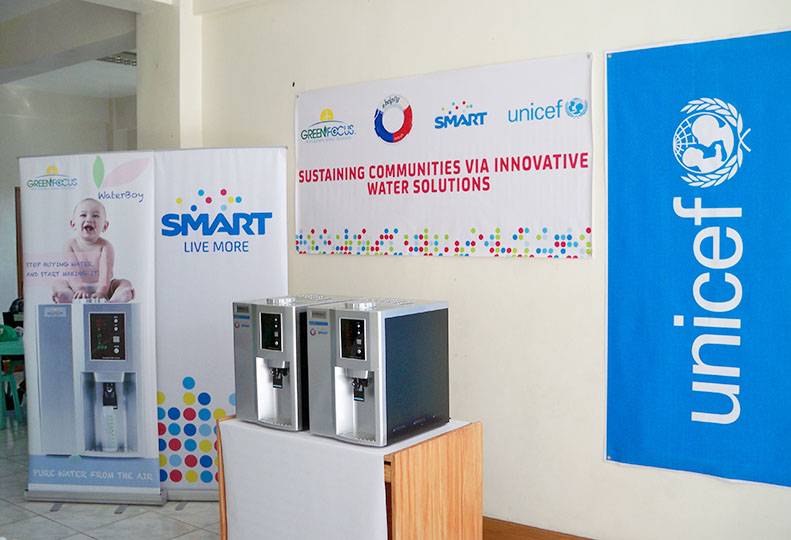 Spokane-based Green Focus Global Inc., a company that makes atmospheric water generation technology, has spent the last 18 months beta-testing its air-to-water generator in Manila, Philippines, and working out the kinks of entering an international market, before ramping up marketing efforts there.

Company CEO Wade Bodlovic, a Washington State University graduate who co-founded the company in 2010 with Rocco Luongo, chief technical officer, says the generator, called the Water Boy, draws moisture from the air and filters it to deliver pure drinking water.

Bodlovic says the unit is basically a dehumidifier made of medical-grade metals that filters and sterilizes the water produced from humid air. There are three levels of filtration and circulation to keep the water clean.

Green Focus is marketing the generator, which runs on electricity, to high-end hotels, resorts, and consumers who want clean drinking water without the waste or inconvenience of buying bottled water. It sells for about $2,200.

Green Focus is a new venture between Luongo, who owns Power Focus Engineering, of Richland, and Bodlovic, who owns Green Foot Technologies, which helps companies find clean green technology professionals and has offices in Seattle, and Missoula, Mont. Bodlovic as well as Green Focus President John Overby, a startup consultant and longtime Spokane entrepreneur, maintain home offices in the Spokane area, while Luongo works out of offices in Richland.

Green Focus currently has about 25 employees, including salespeople, who work from the Manila office. The Water Boy units are manufactured in Seoul, South Korea, and shipped to the Philippines.

“Our biggest hurdle is being the new guys on the block in a completely foreign country and environment,” Bodlovic says. “We are actively working to put the right team in place to take us to the next level.”

Manila was chosen as the best region to test the Water Boy because of its high humidity, population density, and demand for fresh water. The humidity is so consistently high there that the Water Boy can generate 22 to 25 liters of water per day, compared with about 5 liters per day if it was used in Spokane. The average year-round temperature measured from all the weather stations in the Philippines is above 79 degrees.

“The hotter and more humid it is, the more water we can make,” says Bodlovic.

“In international business it’s not always easy to discover what issues you’ll be dealing with,” Jenkins says. “We also helped provide information on market research through our export readiness center. It’s a cool product and we’re pretty excited when a small or medium business new to exporting generates revenue and jobs and becomes successful.”

The Washington SBDC is hosted by Washington State University and receives funding from the U.S. Small Business Administration.

Bodlovic says the company is working on water generators paired with renewable energy sources so that the units can be used in disaster relief operations or by users that are trying to cut their energy consumption.

In November 2013, Typhoon Haiyan, one of the strongest tropical cyclones recorded in terms of wind speed, hit southeastern Asia and killed more than 6,000 people in the Philippines alone. Green Focus, in collaboration with local partners, donated 20 Water Boy units to provide clean water to areas devastated by the typhoon.