Groups band together to revamp Access2Experience

Educators use service to provide students with career learning insights 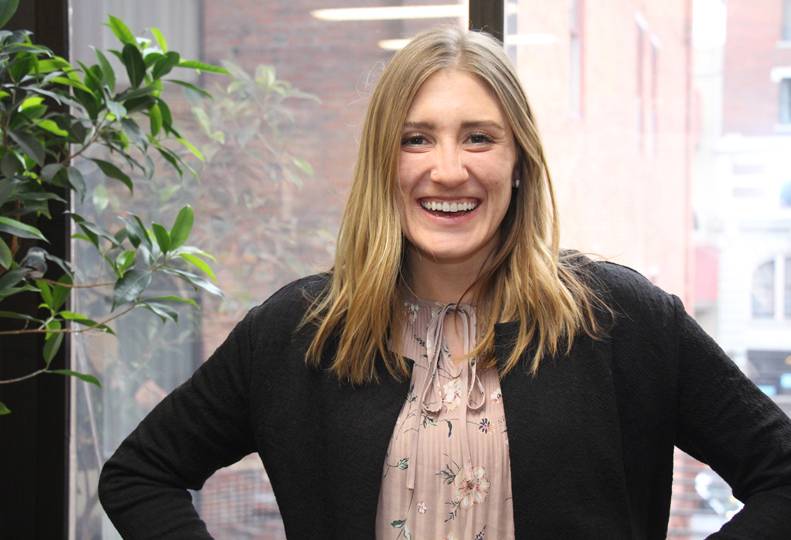 Access2Experience LLC, a platform for connecting business professionals with students and teachers, has been updated and streamlined to make it easier to build connections.

Spokane STEM, an initiative of Greater Spokane Incorporated, in partnership with the Spokane Workforce Council, worked together to revamp and relaunch the program as part of its drive to increase career-connected learning opportunities for the Spokane area, says Cassidy Peterson, career connected program manager for GSI.

A2E was launched in 2013 by Spokane entrepreneurs Tyler Lafferty and Nick Murto as a service designed to connect students, teachers, and business professionals to one another to foster learning opportunities.

“For the first couple of years, from what I heard, it was fairly strong,” says Peterson. However, the tool wasn’t self-sustaining, and information posted to the site became outdated.

“A few people still used it, but we weren’t out there actively promoting it,” she says.

This led GSI, Spokane STEM, and the Workforce Council to band together and apply for funding through Gov. Jay Inslee’s Career Connect Washington initiative. It was awarded a $150,000 grant from Washington STEM—$75,000 a year for two years—to put toward a program for connecting students to career opportunities.

GSI is the economic development arm for the city of Spokane. Spokane STEM is an initiative through GSI that works to increase educational opportunities in science, technology, engineering, and math. The Workforce Council is a nonprofit organization that works to elevate the local workforce through partnerships and funding.

“There continues to be the need moving forward to make sure that we’re really bridging the education … and what the business community needs,” says Maria Vandervert, vice president of marketing and communications for GSI. “That is one of the huge pillars of work that we do to move the needle on economic development.”

Vandervert contends that this online tool is necessary to give students the opportunity to explore career options that may sound good on paper but may ultimately not be the right path for students.

“I remember when I was a kid going to school and deciding what I wanted to major in. I had no idea,” she says. “What you sit and learn in class is so different than what’s actually going on out there.”

This program allows students to learn what a specific career does every day, she contends.

Peterson says she’s received good feedback about the tool, especially from educators. A lot of schools, including North Central High School and Shaw Middle School, have used the site to bring in professionals for career fairs, she says, as has First Robotics, a Spokane-based robotics company, which used the tool for its own career fair last fall.

“I think this really helps those students,” says Vandervert, who contends that allowing access to experiences in different careers gives students a chance to see if they wish to pursue a certain career.

Peterson now manages A2E and the behind-the-scenes relationship aspects of the tool. Lafferty still owns A2E, Peterson says, and Spokane STEM and GSI partner with him to manage it.

The organizations used the state funds to launch a new version A2E last August, Peterson says, and they worked with Lafferty and his team to redesign the program to simplify it.

“The way that the tool operates today is it’s really just a Match.com, is how I like to explain it,” says Peterson. “We stripped it down to just that connection part … instead of it representing a whole business in entirety, it’s just a business professional, so it’s one individual to one individual connecting on this.”

Peterson says the service currently has over 300 educator and 180 professional profiles. Since its original launch in 2013, 490 requests have been sent by educators to professionals in fields ranging from architecture and engineering to health care and administration.

“This still includes some (profiles) that were created back in 2013 or 2014, so it is still taking time to dig through and make sure those are still active,” she says.

Peterson declines to disclose specific company names that professionals registered on the site work for.

Originally, the service had a teacher section, a student section, and business profiles, where Peterson says was unsustainable because business contacts would change, and profiles wouldn’t be updated.

The experiences offered also were expanded during the relaunch, Peterson says. Originally, it was mostly classroom speaker opportunities, but the services have been expanded to include job shadows, career fairs, speaker engagements, mentorships, and internships.

The experiences are entirely dictated by the professional and the educator, Peterson says.

“It’s not us telling them what to do unless they want a bigger connection point or more of an idea of what to create for students,” she says. “It’s them being creative and figuring out what might work best for the students and the business professional. It’s just the right amount of structure and a place to go to connect.”

Peterson says there are still some kinks in the online tool that need to be worked out. For example, educator requests sometimes will end up in spam folders. Moving forward, she says, she would like to see the resource become more self-sustaining and require less oversight.

One of the issues Peterson says she’s seen since the launch is teachers not hearing back from professionals, and therefore giving up on the tool, while professionals create a profile and don’t get any requests.

“It’s just trying to find that right balance of encouraging people to understand that it’s going to take time and you’re not always going to be reached out to … and there’s still some technological pieces that a request might land in a spam folder,” Peterson says.

Vandervert adds, “Let it incubate for a little bit, because things take a little bit of time. We’re doing what we can on the site to help increase these connections, these experiences for students who really need something tangible to put their arms around, so that they see the different opportunities in the different industries.”

An advertising campaign on social media recently was launched to draw in more users, Vandervert says.

A2E, in partnership with GSI and Spokane STEM, also will host a free event on May 22 for business professionals and educators to give both the opportunity to network and build more connections, Peterson says.

“I think that engagement level trumps numbers,” she says. “I would like to see more authentic and beneficial connections coming out of the tool rather than just a number increase.”