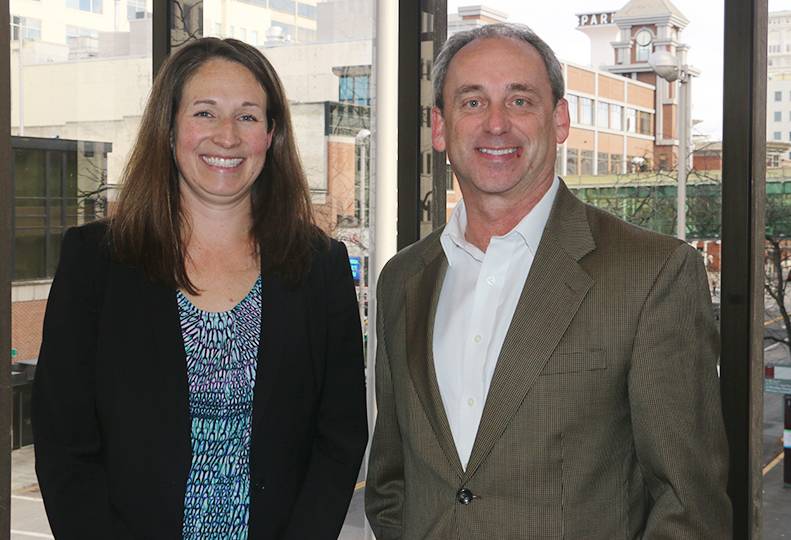 Greater Spokane Inc. wants to turn its model for regional economic development on its head.

Todd Mielke, CEO of the organization, says the previous model wasn’t conducive to collaboration, wasn’t transparent, and largely left businesses and other stakeholders out of the process of deciding how to advance economic development here.

As local municipalities intensify their individual economic development efforts, GSI needs to take on the role of actively coordinating such efforts, Mielke says.

“If they don’t see a place where they can come in and collaborate and do things together, then what happens is everybody goes off and does their own thing,” Mielke says.

He describes the previous model as a cone, with a handful of people at the top who guided the region’s businesses. The new model, he says, is more like a funnel: GSI leaders receive input from a number of businesses and organizations, allowing the majority to determine the direction the region will take.

“Our mission statement is basically, ‘We lead transformative business and community initiatives to grow the economy of the region,’” Mielke says.

Mielke says GSI has been meeting monthly with economic development partners, including the Greater Spokane Valley Chamber of Commerce, Visit Spokane, and the three Spokane-area public development authorities in order to identify projects on which various entities could collaborate.

Part of the work in changing the model involves revamping the Advantage Spokane website, Mielke says. GSI wants to rebuild the website to create a one-stop virtual portal to the region so that businesses considering relocating here can find specific information, such as the number of direct flights into and out of Spokane International Airport.

Marty Dickinson, whom GSI has contracted as a consultant, says the idea is to present a cohesive message.

Dickinson is a Spokane marketing executive and Washington State University regent who’s held positions with Sterling Savings and Umpqua banks, as well as a seat on the University District board of directors. Arguably, however, Dickinson is best known as the former executive director of the Downtown Spokane Partnership.

“We’re trying to create a true portal into what this region is,” she says. “There’s lots of different versions of that, and we’re trying to see if we can’t create a consistent one so that we are a unified message and a unified vision for anybody looking at this area.”

Mielke says GSI is asking municipalities to fund the $75,000 project. He expects the new version of the website to be completed in late spring 2019.

Another aspect of the model redesign involves the way economic development is governed in the region by establishing a regional business development alliance, Mielke says. The alliance would be tasked with coordinating responses to external requests for information, overseeing the redevelopment of the Advantage Spokane website, and helping to identify long-term funding sources for economic growth. Establishing the alliance is a two-year project, Mielke says.

Establishing a long-term funding mechanism was one of the top projects the partners identified, he says.

“Everybody’s got great ideas … every one of those requires resources in the name of people or activities,” Mielke says. “The way this is addressed in most other parts of the state is they form a port district.”

In Washington state, a port district is a municipal corporation organized under state law, authorized by a majority vote of the residents in the proposed district, and governed by a locally elected board of commissioners.

However, Mielke says a port district may be the solution the alliance finds to be the most viable.

The alliance will be tasked with answering that question. GSI has identified a fundraising goal of $600,000 to $700,000 to fund the alliance, Mielke says. He says the organization already has received pledges totaling more than $400,000.

Mielke says GSI is creating a charter for the alliance.

“If you want to pull a group together, the first thing you have to do is come to an agreement on why you’re coming together,” he says. “We’ll convene an executive committee, hopefully before the end of November.”

“If you think about wins like Amazon, that puts a community like Spokane on the radar on an international stage,” Benson says. “We have to be ready to respond as a region … or we won’t win as a region.”

While establishing the alliance is a new effort, Mielke says the alliance itself is “meant to be a coalition of existing organizations.”

“We’re not reinventing the wheel, but we are increasing collaboration and dialogue in the approach,” Mielke says.

Collaborating with local businesses could get tricky if there isn’t an element of mutual trust, Mielke says.

“As businesses come to you and share their information, they’re basically laying their strategic plan out on the table in front of you and asking if you can assist them in reaching their goals. There’s an expectation of confidentiality that goes with that, whether you sign a nondisclosure form or not,” Mielke says.

In the name of collaboration and inclusivity, Mielke says GSI is inviting anyone to the table who is interested in a regional approach to economic development.

Building tools like the Advantage Spokane website is relatively easy, Dickinson says. The hard part is convincing businesses and other stakeholders to get on board with the direction GSI hopes to take.

GSI hasn’t been without its critics. Mike Tedesco, former president of the Downtown Spokane Partnership who was fired by the organization’s board in 2012, is among them. Tedesco now runs a blog called Spokane Planner, where he recently posted a scathing attack on GSI and on Dickinson.

In the post, Tedesco argues that GSI is ultimately powerless in that it has no tools, no authority to create policies, relies on grants and fundraising, and is “pay to play.”

“GSI is painfully aware they are no longer considered a key cog in metro Spokane’s economic development environment,” Tedesco writes. “So much so, they have hired a ringer, of sorts, in another vain attempt to cure what ails them.”

Dickinson says there are “some really valid points” in the post, but she asserts that Tedesco says nothing in the post that hasn’t already been discussed within GSI and the community at large.

“You need to be able to be educated enough to understand what has been tried versus what hasn’t,” Dickinson says. “If you want to be a part of the solution, you have to be able to look forward, and my take on it is it’s easier to sit looking in the rearview mirror versus looking forward.”

Dickinson says her role in the change of economic development models is to work with community partners to re-establish trust with GSI. However, because she is on a contract with the organization, she says she remains slightly outside of GSI.

Benson says, however, economic development then was more focused on recruiting businesses to the area. That focus is shifting, she contends.

“It’s about retaining what we have. It’s about creating an ecosystem where we can create new ideas and new businesses and it’s about helping existing businesses expand,” Benson says. “If you’re doing all of those things well, then it’s a place that new businesses want to come, because then they can grow and expand.”