Halfway around the world … 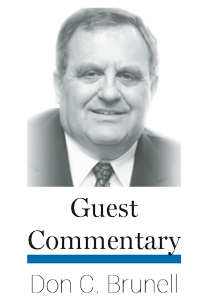 The Ever Given cargo ship’s grounding in one of the narrowest parts of the Suez Canal underscores the vulnerability of the world’s supply chain.  The reverberations will be felt for months as consumer demand, suppressed by the COVID pandemic, ramps up.

The canal, which was  completed in 1869, is the main shipping artery between Asian and European seaports through which 10% of the global shipping traverses.  Much of the 120-mile waterway is extremely narrow, especially for ships as long as New York’s Empire State Building is tall.

Nearly 19,000 ships navigated the canal in 2020.   Without the Suez, ships must sail around the Cape of Good Hope at Africa’s southern tip.  That alternative adds two weeks to the journey.

Before strong desert crosswinds jammed the 20,000-container ship crossways in the canal, nearly everyone was feeling supply shortages.  The pressure was on suppliers to produce more components and accelerate shipping.

The six-day blockage not only impacted those awaiting Ever Given’s containers, but the contents on board the 420 other ships stopped in Mediterranean and Red seas.

Even though the vessel back log was finally cleared on Easter Sunday, maritime data company Lloyd’s List said “the blockage had held up an estimated $9.6 billion worth of cargo each day between Asia and Europe.”

For example, before the grounding of the 737MAX, Boeing was pumping out 52 airplanes a month. Approximately a quarter of the commercial airplanes flying today are 737s assembled at the Renton plant.

“Just enough, just in time, and just the right part” kept Boeing competitive. Fuselages are fabricated in Kansas and shipped by rail to Renton.  Their arrival is sequenced with containerized parts shipped by air, sea, rail and truck.

Boeing employs 12,000 workers at its 737 assembly plant and supports thousands of jobs across a network of 600 major suppliers. Production delays ripple across the supplier chain. Subcontractors face the same problems as Boeing as they struggle to recover from the pandemic.

While Boeing is starting to recover with the return to service of the 737MAX and an uptick in airline bookings, a better example of supply chain choke point is the auto industry.

On board the Ever Given are containers of computer chips, which are stalling auto production worldwide. For example, Ford is scrambling to find semiconductors for its high-tech F-150.

“Ford has warned that if the chip shortage continues through the first half of the year, its adjusted operating profit for the full year could decline by between $1 billion and $2.5 billion,” The Motley Fool reported.

Even though semiconductor fabricators announced multibillion dollar-plant expansions, those facilities take years to construct.  The shortages are today primarily because of an unexpected surge in demand for higher-end personal computers amid the pandemic.

As the COVID pandemic subsides, companies will have to modify their inventory strategies. While stockpiling key components and nontraditional shipping may be expensive, in the end, they may turn out to be less costly than idling production and losing market share.

Don C. Brunell is a business analyst, writer and columnist.  He retired as president of the Association of Washington Business, the state’s oldest and largest business organization, and now lives in Vancouver. He can be contacted at theBrunells@msn.com.