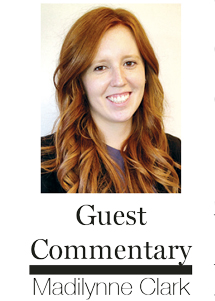 Washington Policy Center’s Initiative on Agriculture has been repeating itself for months on the Hirst issue; “This is more than a water issue (bill). This is a policy issue that deals with two of the most fundamental necessities–homes and livelihoods.”

Gratefully, the Building Industry Association of Washington released a study last week proving that Hirst is much more than a water issue. Hirst is having a disastrous impact on rural communities and residents throughout Washington state.

On Oct. 6, 2016, the Washington State Supreme Court ventured outside of its domain to issue a policy decision in the case of Whatcom County v. Western Washington Growth Management Hearings Board with its ruling known as the Hirst decision. The court’s policy decision effectively stopped rural development throughout Washington by prohibiting permit-exempt wells from being drilled.

Hirst left property owners, construction workers, and rural communities in a desperate situation and many looked to the Legislature for a solution. However, the longest legislative session in our state’s history concluded unceremoniously on July 20 without a Hirst fix.

Washington Policy Center previously published reports on the potential effects of Hirst. Our study predicted that Hirst would hurt property owners and the rural communities relying on these property taxes to fund teachers and community services.

BIAW’s recent study estimates other statewide impacts of the unresolved Hirst issue. A few of these statistics include:

•$37 billion in lost property values in areas impacted by Hirst.

•$6.9 billion lost in economic activity each year in Washington, predominantly in rural communities.

•$4.59 billion in losses to the construction industry, annually.

•$452.3 million in lost employee wages due to the impacts of Hirst, annually.

•$392.7 million in lost taxes to state and local governments, annually.

•$346 million in property taxes shifted to other properties in Washington due to the decision.

This significant burden on Washington state puts into perspective the $4 billion state Capital Budget that Senate Republicans held hostage for a Hirst fix. It is unfair for lawmakers to pass Hirst off as a “water” issue when so many of our communities and families are affected by the court’s policy decision and when the debated water is less than 1 percent of our state’s total water use. For Washington’s benefit, our families and communities need a Hirst fix.