Guest Commentary: Lights out for Seattle under new payroll tax 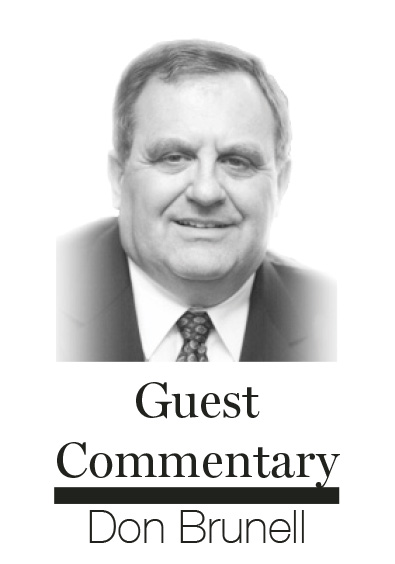 Far too few people remember the 1972 Seattle billboard: “Would the last person who leaves Seattle please turn out the lights?”

The reference was to the massive job losses at Boeing when the supersonic transport project collapsed and the company, then headquartered in Seattle, was on the ropes.

Given the direction Seattle is heading today, the billboard may reemerge by 2022 – if not before.

While the worldwide economy has tanked under the coronavirus pandemic, most government leaders are looking for ways to restore jobs in the private sector, their economies, and tax revenues, while struggling to pay for essential services and contain the vicious virus.

On the other hand, Seattle’s City Council is heading in the opposite direction. It overwhelmingly passed the largest tax increase in history on business.

Companies with more than $7 million in annual payroll will be charged a percentage based on how many people they employ with salaries of at least $150,000. Companies that have billion-dollar payrolls will pay an even bigger share for high-wage workers. It takes effect in 2022.

“Taxing jobs is bad public policy, and it is even more concerning as Seattle faces double-digit unemployment,” the Downtown Seattle Association wrote. “As the region enters a deep recession and faces near-record job losses, the Seattle City Council moved forward at a rapid pace to tax hundreds of businesses to fund new city programs instead of planning for how to sustain basic city services and working on economic recovery.”

Some business leaders are looking beyond Washington. For example, last month, Peter Rex, founder of Rex Teams, a $1.5 billion tech, investment, and real estate firm, announced its move from Seattle to Austin, Texas, in the Wall Street Journal.

Employers in Washington are facing other higher costs.

For example, by 2022, taxes that employers pay to cover unemployment benefits are expected rise to an average of $936 per worker annually. That’s almost three times the expected 2020 figure, according to the state’s Employment Security Department.

ESD hints taxes would be even higher if state is forced to borrow from the feds to pay extended benefits or if there is a spike in layoffs.

State tax revenues are falling behind. There is an $8.8 billion shortfall in Washington’s state operating budget projected by 2023 prompting a call for additional taxes.

If that isn’t depressing enough, sections of Seattle, the proud city which drew millions of visitors to the World’s Fair in 1962, are littered with broken glass and boarded up businesses, restaurants, stores, and government offices. This once beautiful city is laced with graffiti.

What’s next for Seattle? It could get worse.

Seattle City Council members are looking to defund the already short-handed police department by 50%. Seattle needs to reverse course and once again be a welcoming city with safe streets. Otherwise, people will bypass it.

Don C. Brunell is a business analyst, writer, and retired president of the Association of Washington Business. He now lives in Vancouver, Washington, and can be contacted at theBrunells@msn.com.