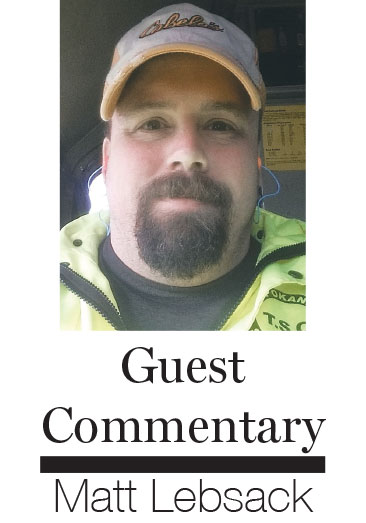 The Spokane City Council’s recent decision to rescind its rail ordinance was welcome relief for the hundreds of local rail workers, not to mention the thousands of other shippers, growers, and manufacturers in our state who rely on railroads to move freight.

At issue was the Council’s hastily adopted train ordinance, which would’ve made it illegal to ship oil or coal through the city of Spokane. After much public debate, the council realized the bigger impact this measure would have on our local, state, and regional economies. On Aug. 15, a majority on the Council saw the error in their ways and rescinded the ordinance, removing it from the fall ballot.

I applaud the Council for this and for its willingness to look beyond the pressure of a few small interest groups. This proposal would have had long-lasting effects on our economy. As a veteran rail employee, I know firsthand how devastating this would have been to working families here.

Essentially, we would have been setting ourselves into the unrealistic position of somehow having to pick and choose which commodities could be moved on our rail lines. Today, the unpopular products are coal and oil—two products that have been moved on our rails for more than 100 years. Rail remains the safest and most efficient way to move these and other commodities across great distances. Rail is four times more fuel efficient than moving freight on the highway, reducing emissions and preventing greater road congestion.

Tomorrow, what will be the unpopular choice? What product or material targeted by public interest groups would we limit next? Airplanes? Timber? Aluminum? Fertilizer?

As the most trade-dependent state in the nation, Washington state benefits from its high-quality trade and export terminals, all of which rely on railroads to move goods out to markets. To suddenly propose to eliminate rail as a major mode of transport for these commodities is a major shift away from our traditional trade-oriented economy.

This exercise should be used to further the conversation between the Council and industry to identify common-sense solutions that protect Spokane’s history and economic strengths. More than 125 years ago, Spokane became the commercial center of the Inland Northwest due in no small part to the presence of the Great Northern Railway.

Our city can directly trace its development from the growth of the rail lines to our modern economy. Today, rail propels a variety of goods and commodities to foreign and domestic markets, resulting in a $28.5 billion economic impact for our state. Railroads are also the biggest investors in rail infrastructure, with Union Pacific and BNSF investing over $8 billion this year in safety and productivity improvements. These investments ultimately benefit everyone.

Now that the ordinance is off the table, we should take time to better educate the people of Spokane—and Washington state—about the importance of rail to our economy. We should not—and cannot—allow the politics of emotion to erode one of the strongest sources of family-wage jobs for the working people of Spokane.