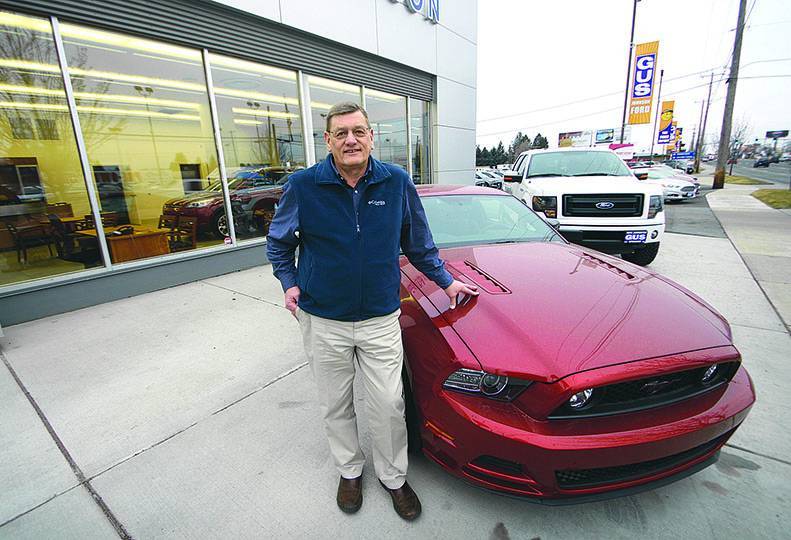 -File Photo
Gus Johnson, shown at his Spokane Valley dealership in the mid-2010s, is retiring after owning the business for 29 years.

The Spokane Valley dealership's 72 employees will keep their positions, says Wierzchowski, who is now the general manager of the dealership here. Corwin Ford Spokane could hire an additional 30 employees, he says.

"We approached Gus a couple of years ago about his plans for the future. Gus said that he was considering retirement in the near future," he says. "He wanted to sell to a company with local roots and that's family owned, that would take care of his employees."

Wierzchowski declines to disclose the terms of the transaction.

Johnson has owned and operated the dealership since 1992. It formerly was called McCollum Ford Sales Inc.

"Our goal always is to increase the Ford market share in a community," Wierzchowski says. "We also want to leave a positive impact on a community as far as getting involved with philanthropy."