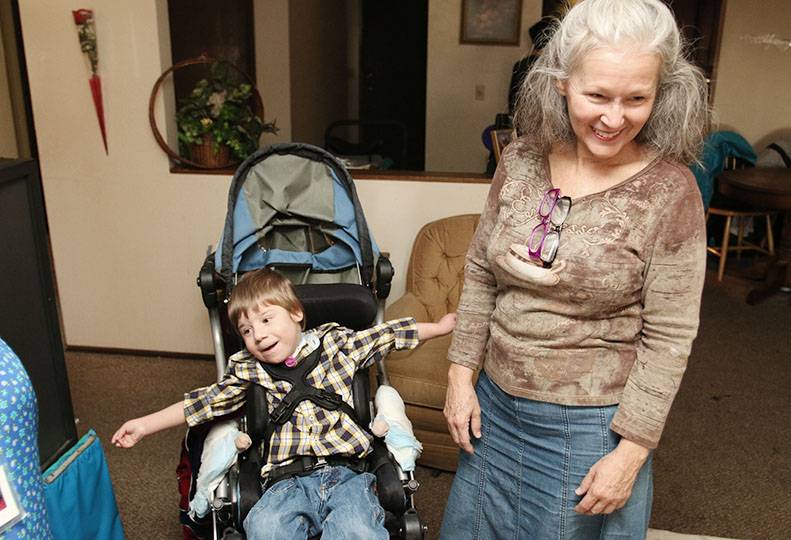 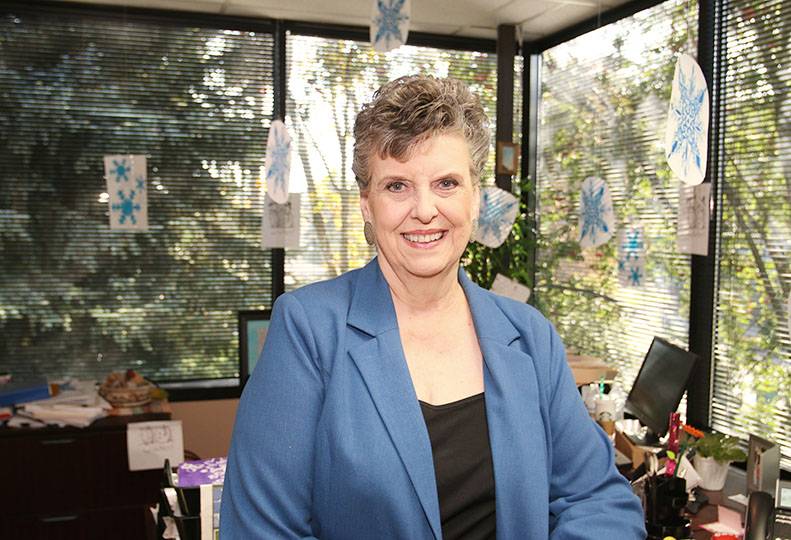 Spokane Valley-based Pediatric Home Care Inc. focuses on enhancing the quality of life of medically fragile children, by helping young patients to live at home despite their needs for intensive medical intervention, says Ruth Seignemartin, administrator and co-owner of the company.

Private duty in-home pediatric care also extends the life expectancy of the patient, takes some of the burden of constant care off of families, and reduces costs compared with institutional care options, Seignemartin says.

Pediatric Home Care, which has roots here that reach back more than two decades, employs more than 75 nurses and is always looking to hire more, she says, adding that the company currently provides in-home pediatric care for a total of up to 25 patients.

The company, based in 1,300 square feet of office space at 1120 N. Mullan Road, also employs an administrative staff of five in addition to Seignemartin and Michael Glockling, the other co-owner.

Seignemartin says she had a full nursing career in a hospital setting before switching to home care.

“I loved what happens to quality of life with in-home care,” she says. “In the home, we’re on the patient’s turf, and guests at the invitation of the family. In-home nurses fit into whatever’s going on in that home.”

In a hospital setting, on the other hand, the day is scheduled and planned and the patient has little control, she says.

One objective of in-home care is not to limit the patient to the home.

“Not all living happens at home,” Seignemartin says.

The nurse goes wherever the patient goes, including school, church, and shopping, as well as recreational outings, she says.

Patient conditions vary, and some have extremely rare syndromes. Most patients have permanent disabilities, although some do graduate from needing nursing care, she says.

“For us, diagnosis isn’t the main issue,” Seignemartin says. “Our concern is addressing what care is needed for that child.”

Any child with an airway issue, for example, needs continuous monitoring that simply would overwhelm a family, she says.

He’s fed through tubes and often is connected to machines that help him breathe and monitor his oxygen level.

Private duty nursing enables Kailub to go on family outings and to a special needs kindergarten.

He also receives physical therapy and speech therapy, although he might never walk and talk.

“We want to help him function as highly as he can,” says Debbie Bergquam, a registered nurse on Pediatric Home Care’s staff.

Bergquam, who works with three or four other patients in her monthly schedule, is one of eight or more nurses who attend to Kailub regularly.

He enjoys listening to music, recognizes his family and caregivers, and responds to their voices with flashes of wide smiles and excited gestures.

“He has joy and knows he’s loved,” says his mother, Lena Jachimiak.

Even at his best, though, Kailub needs constant monitoring.

The family receives up to 16 hours of private nursing care a day for Kailub, and Jachimiak is responsible for all medical care from 3:30 to 11:30 p.m. daily.

If it weren’t for home nursing care, Kailub likely would be confined to a neonatal intensive care unit or otherwise institutionalized, Jachimiak says.

Seignemartin says medically fragile children generally do better at home than in a hospital or institution.

“Statistically, hospitals are dangerous places to be because of issues involving infection control,” she asserts. “Anecdotally, our patients have far exceeded expectations.”

The typical life expectancy of a patient on a ventilator is five to seven years, Seignemartin says, adding, “We’ve cared for some patients for more than 20 years, and they’re doing well.”

Most of the time, the payer is Washington state, which administers the Medically Intensive Children Program through the Washington State Department of Social and Health Services’ Developmental Disabilities Administration.

The Affordable Care Act has increased access to private-duty nursing care for fragile children in the sense that that five private insurance companies have contracted with the state for plans that include coverage for medically fragile children, Seignemartin says.

The added options, though, have increased the complexity of payment systems.

“There’s more responsibility for the patient’s family to interface with the payer,” she says. “Families now have to advocate for the services they need.”

They also have to document services that aren’t covered by insurance, before they can qualify for state coverage, Seignemartin says.

One requirement of all payers is that families must be trained and able to take care of their child, including handling medications and medical equipment during the hours that nurses aren’t present.

Payers realize, however, that parents can’t have eyes on the child 24 hours a day, and they allot a number of hours that they cover private-duty nursing costs on a case-by-case basis, Seignemartin says.

It takes a large nursing staff to provide care for 25 patients, she says.

“If a patient is authorized for 16 hours of private-duty nursing a week, we look for a mix of 10 nurses to fill the schedule,” she says. “We try to have nurses oriented to two or three different cases. Some nurses want one case, and some want a lot of diversity.”

The nursing staff is about evenly split between full-time and part-time nurses, she says. Some nurses work a combination of home care and hospital care.

“They have a lot of autonomy and control over when they work,” Seignemartin says. “They tell us when they want to work, and we schedule around that.”

Pediatric Home Care only accepts medically fragile patients who are children, although it continues to provide care for its established patients when they reach adulthood.

“We have families that have been with the same nurses for 15 years,” Seignemartin says. “Their relationships are tight.”

Pediatric Home Care has only been operating under its current name since last year. Originally named Integrated Health Professionals Inc., the company opened in 1990.

At the time, Seattle Children’s Hospital needed a presence in Spokane to help provide care for its patients living in the Inland Northwest, says Seignemartin, who was hired as the nurse manager here.

Over the next decade, the Spokane pediatric medical community grew more sophisticated, and Seattle Children’s decided to divest from its Spokane holdings. Seignemartin and Glockling bought out Pediatric Home Care in 2001.

After a couple of years, Seignemartin says she and Glockling realized that “infusion needed to be connected to larger facilities.”

They sold the home-infusion side of the business last year to Renton-based Providence Infusion & Pharmacy Services, an affiliate of Providence Health & Services, which is the parent of the Spokane-based nonprofit health care network that owns Providence Sacred Heart Medical Center & Children’s Hospital and Providence Holy Family Hospital, among other facilities and services here.

Glockling, a doctor of pharmacy, still is working under contract through the home IV division’s transition to Providence.

As part of the sale, Providence required Seignemartin and Glockling to change the name of their remaining holdings. The new name, Pediatric Home Care, better describes the company’s focus, Seignemartin says.

No longer in need of IV pharmacy and supply space, Pediatric Home Care also moved to smaller quarters at 1120 N. Mullan Road from the Montgomery Commerce Center, at 10807 E. Montgomery.

“We all talk about being short of nurses,” she says. “We almost never have as many nurses as hours available.”

Hospital pay is almost always higher than what private-duty nursing providers can offer, she says.

“We all get paid exactly the same way,” Seignemartin says, although set asserts that providing one-on-one in-home care is exciting and rewarding.

“Even after the most routine shifts the nurse knows that without her, the day for the family wouldn’t have been as good,” she says, adding, “Some days they save kids’ lives.”