UW-Gonzaga partnership’s $60M project to be built with efficiency, security in mind 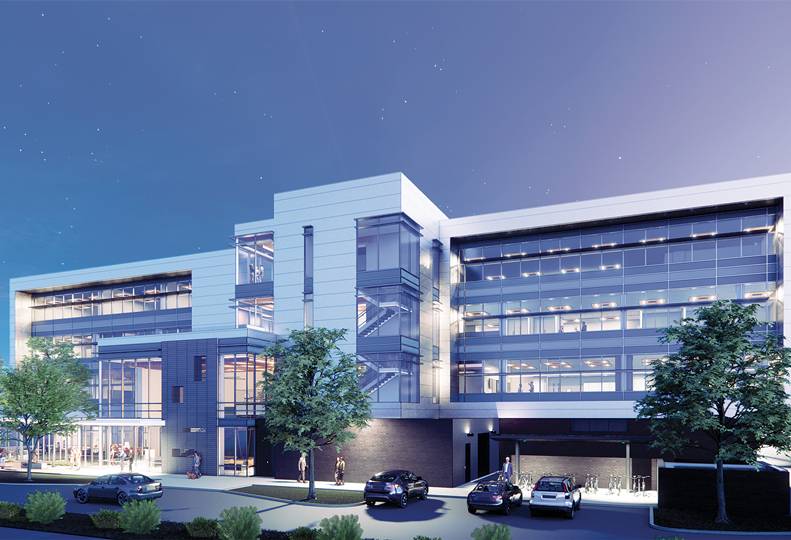 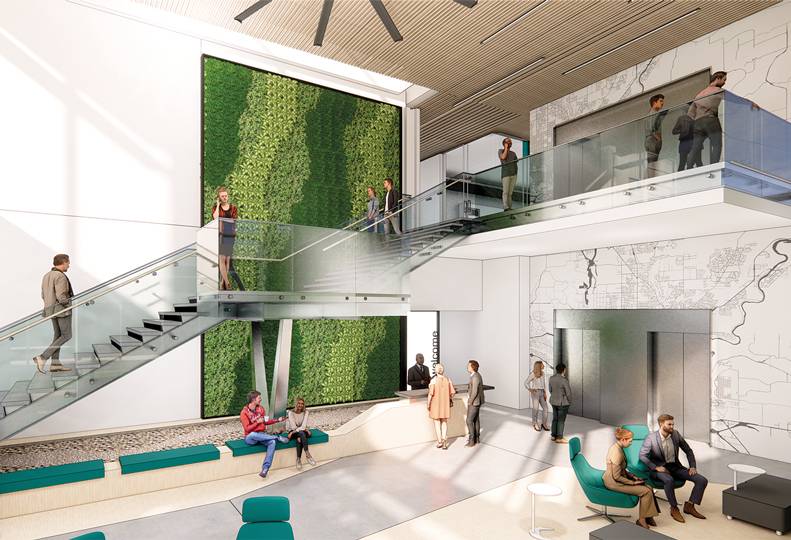 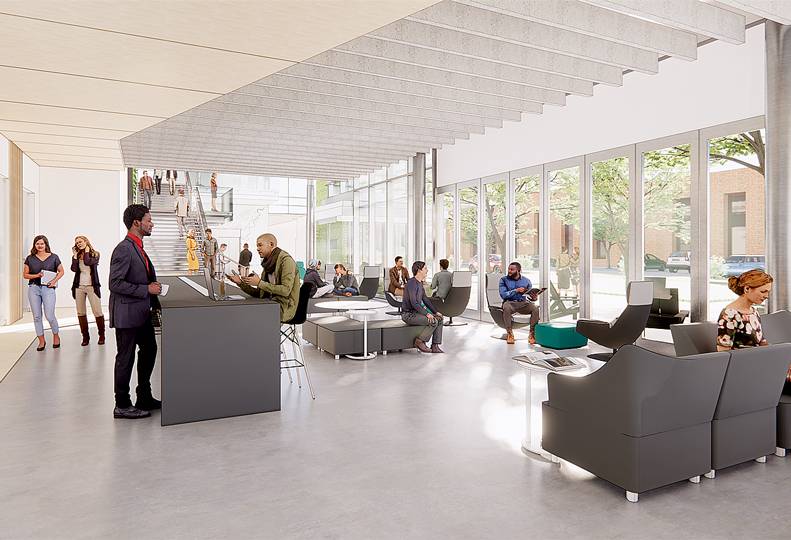 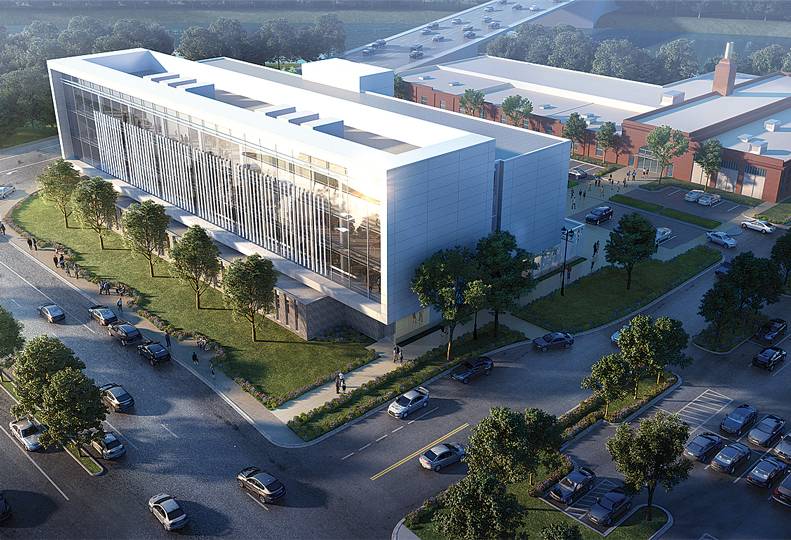 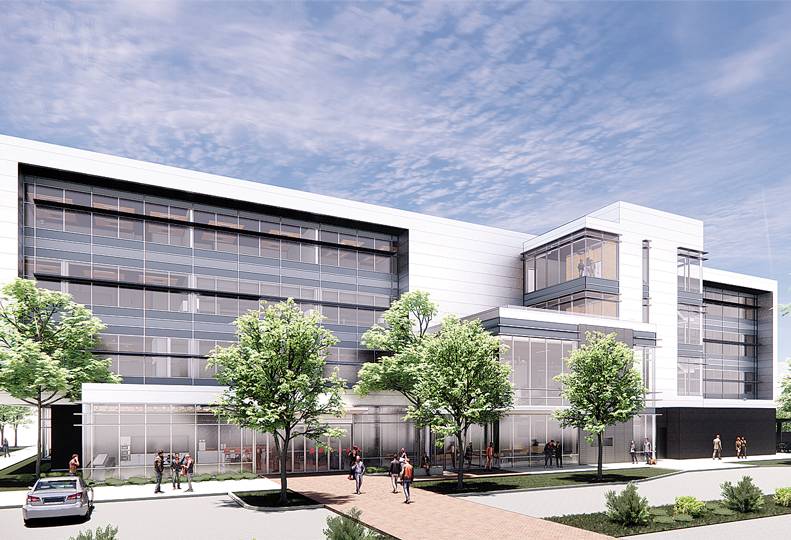 A behind-the-scenes look at the mechanical and engineering systems of the planned new medical school in Spokane shows the nerve center of the building promises to be as intricate as the human physiology that will be studied within its walls.

The structure promises to boast several smart and integrated building features, says Mike Kowalick, technology systems project director with McKinstry Co., which is the developer and will manage the building upon completion.

The building will host the UW School of Medicine and Gonzaga’s Department of Human Physiology. More than 670 students will learn in the four-story, 90,000-square-foot structure, as well as in the adjacent 55,000-square-foot Spokane Inland Empire Railroad building.

Work on the structure, located at 840 E. Spokane Falls Blvd., is expected to be completed in August 2022. CollinsWoerman, of Seattle, designed the project, and Bouten Construction Co., of Spokane, is the general contractor.

The building will host teaching classrooms, anatomy and teaching labs, café and retail space, administrative offices, and gathering areas. A full floor will also be dedicated to research.

Whereas traditional construction methods bring in different contractors for each system, requiring collaboration between several different companies throughout the building process, Kowalick says the McKinstry team worked to put the different technology systems “all in one bucket” to have each system fully designed by the team before the concrete has been poured.

“Those things typically get designed, procured through different channels from the top down,” says Kowalick. “So, in addition to consolidating that all under one scope, we’re also trying to pull forward the design of all the systems into one single pass effort.”

“Right now, two years before the building opens, we’re trying to figure out what button the tenant is going to push on the wall to say hey, we’re about to have a presentation,” he says.

Each room will have a touch wall panel equipped with preset room settings that have been determined through collaboration with the tenants, says Kowalick.

For instance, if a professor is going to give a lecture, a preset setting in the panel, likely labeled lecture, would bring down the shades, dim the lights, and turn on the projector, explains Kowalick.

The system is meant to mirror the interface existing on Gonzaga’s campus to provide seamless user experience regardless of location, he says.

The systems are designed with backups in case of power failure, or if there is an error with, for example, a storage freezer that is needed to stay a certain temperature.

If there were to be an issue, Kowalick says, a notification would be sent to the lab or building manager.

Network security also played a large role in the design of the building systems, he adds.

The security standard chosen is the same as for data centers, Kowalick says, which the team decided on based on the increasing reports of hackers infiltrating medical research lab networks to steal things such as vaccine research.

The building will be on a separate fiber network than the McKinstry system and will not interact with McKinstry’s system in any way, he says, meaning the network the students use will be separate from the network operating the building. The company plans to run a fiber cable that plugs directly into the Gonzaga campus network so students will be able to directly access the system, he says.

Additionally, the building will feature a heating and cooling system that’s not common for most buildings. But the presence of the Rathdrum Aquifer makes for a compatible fit.

Work crews will drill four, 100-foot deep wells that will tap into the water source.

Unlike a closed loop ground source system, which circulates a specific amount of water, an open source system draws in water and then dispels it back into the ground. A closed loop would also require a large well to be buried under the building, which adds cost to the project, Yirak says.

The building will have an all-electric fuel system for the heating, ventilation, and air conditioning systems, he says.

“That came from the Emerald Initiative,” he says. “They see that as the future. Aside from the social cost of carbon, this building will be around longer than the use of natural gas in HVAC systems, so we wanted to build something that was future proof.”

The design of the air system allows for a significant amount of control over the system, which is important given the current COVID-19 pandemic, he says.

The air system works by pulling in fresh air from outside or circulates inside air in cases of days with heavy smoke. In the event of a confirmed coronavirus case in the building, the system can flush the air where there’s a suspected infection, he says.

“There’s an affordability crisis in construction,” he says. “The construction industry in general hasn’t made some of the efficiency gains thanks to technology that just about every other industry in the country has, and because of that, I think the cost of building new buildings is inflated.”

As a result, the company has shifted its focus to prefabrication during construction, which allows the different systems – such as lighting, building automation, and fire sprinklers – to be preinstalled in ceiling tiles and simply placed and connected onsite.

McKinstry has nearly 100 engineers on staff who design the mechanical, engineering, and plumbing of the different projects, he says.

“We did do the MEP system design inhouse,” he says. “It is probably unusual to be able to do that. For the mechanical engineering contractor to have the horsepower to do that.”

The buildings system will be entirely centralized, Yirak says, which will allow energy recovery, as well as for maintenance and cost advantages.