Healthplanfinder has success in signups, but users call for improvements 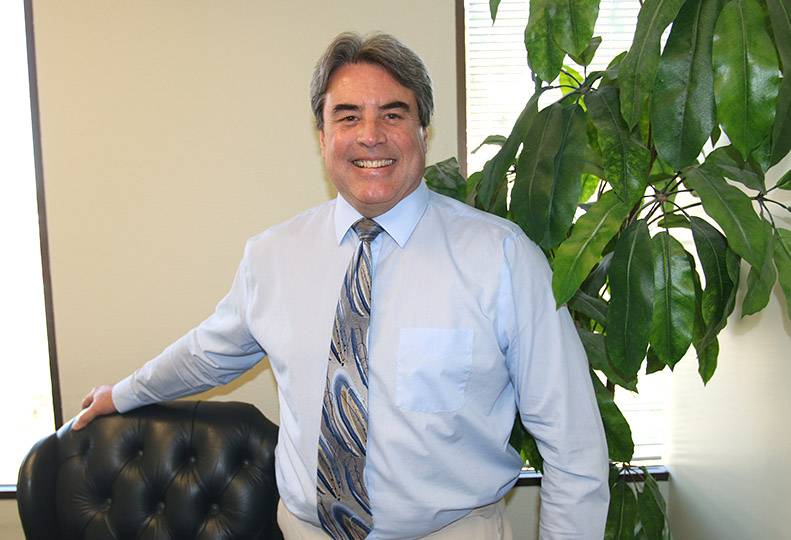 -—Mike McLean
Al Pierce, of O’Connell-Pierce Benefits LLC, says brokers and consumers alike had problems and frustrations with the health benefit exchange in the beginning, including long wait times and applications not going through successfully on early attempts.

Even though the Washington Health Benefit Exchange surpassed the state’s health insurance enrollment goals, a lot more work can be done to improve the system, sources familiar with the exchange say.

In all, the exchange enrolled more than 1 million people in health plans through the state’s online marketplace, Washington Healthplanfinder, between last Oct. 1 and March 31, including 162,000 people in private health plans provided by eight insurance carriers participating in the exchange.

Another nearly 34,700 people renewed their Apple health plans, for a total of just over 80,000 people enrolled through Healthplanfinder.

“It was a challenging six months from October 1, the first time we hook up Healthplanfinder,” says Bethany Frey, a spokeswoman for Washington Health Benefit Exchange, which oversees Healthplanfinder. “We’ve been making ongoing system enhancements and data improvements.”

“Every time we do something for the first time, we have a couple of bugs to work out,” Frey says. “Just because we have a great enrollment number, that doesn’t mean the system is perfect, and we don’t need to do any more work on it.”

The offices of the state insurance commissioner and financial management are attempting to determine how many enrollees in qualified health plans are newly insured, she says.

“They hope to have an estimate in the next two to three months,” Frey says.

Part of the problem with determining who is newly insured is that the definition of uninsured can depend on perspective. “A lot of people don’t see the coverage they had as traditional insurance,” she says.

Some people have switched to qualified health plans or Apple Health from other health plans.

“A lot of what we call ‘skinny’ plans were on the market before that didn’t offer a lot of benefit,” Frey says. “In many instances, people are getting better coverage now.”

IPAs aren’t licensed as insurance brokers and aren’t supposed to recommend a specific private plan. Enrollees have to choose a plan on their own, or IPAs can help find a broker to complete the enrollment process, Frey says.

Al Pierce, owner and broker at O’Connell-Pierce Benefits LLC, a Spokane insurance brokerage and health benefits consultant, says individuals aren’t the only people who were frustrated with long waiting times during the enrollment period for qualified health plans, which closed to the general public on March 31.

The exchange’s Spokane call center initially allotted two people to work with insurance agents statewide, Pierce says. The state doubled that to four due to high demand, while the call center had about 500 people working with the general public, he says.

“Brokers were still facing the same kinds of issues the general public was,” he says. “We could have helped a lot more people if more manpower was assigned to brokers.”

Much of the application process for companies within the exchange was familiar to insurance agents, although agents hadn’t previously gathered household income and finance information that the exchange requires, Pierce says.

“Now agents need that information to go through the process and see what tax credit or cost reduction applicants can get,” he says.

Determining which plan is best for the client is what agents do, Pierce says.

“From the broker viewpoint, it’s our marketplace,” he says. “We’ve been selling and servicing health insurance—in my case for 23 years.”

Agents have to be licensed with the state, credentialed with insurance companies, and carry errors-and-omissions insurance, he says. “As a result of being licensed, we can provide guidance, counseling, and consultation, and we solicit and sell insurance.”

The broker’s compensation is the same for plans inside and outside of the exchange, Pierce says.

“There was some initial talk that the exchange would be commission-free, but that would remove incentives from an experienced sales force to enroll people in the exchange,” he says.

Overall commission rates have been reduced since the implementation of the Affordable Care Act, although that could, in theory, be offset by an increase in business for brokers as health insurance becomes an enforced requirement, Pierce says.

The medical-loss provision of the act requires insurance companies to spend 80 cents of every premium dollar on claims, he says. Administration, overhead, and commissions come out of the remaining 20 cents per dollar.

Insurance companies that don’t spend enough on claims will have to rebate a corresponding portion of premiums to the insured, Pierce says.

Pierce says he’s hoping the health exchange adds direct online links for individual agents. Such links would provide greater connectivity between the agent community, their clients, and the exchange, he says.

“If they assign a (link) to me that I could give to my clients, the clients could access the insurance company’s online application, and it would tie them to me and me to them,” he says.

That type of link is an industry standard between agents and insurance companies outside of the exchange, he says.

Julie Shepard-Hall, a broker with Integrity Solutions LLC, of Spokane, says she felt the application process itself hindered some people from enrolling in qualified health plans.

Shepard-Hall says several previous clients contacted her after their former insurance expired or was cancelled. With the change in circumstances, they were eligible for Apple Health or qualified health plans with tax credits.

She suspects other recently uninsured people don’t know that they likely now are eligible for qualified health plans with tax credits or Apple Health coverage.

Shepard-Hall says the application process for a qualified health plan can take more time than enrolling a client in a conventional private insurance plan.

“I had some clients I’m just now finishing that started the application process in February,” she says, citing glitches in the health exchange side of the system.

Even though health insurance is becoming mandatory, Shepard-Hall says she’s seen no increase in business.

“In the case of Apple Health,” she says, “we lost commissions as well.”

Still, she says she has no qualms about enrolling eligible applicants in commission-free Apple Health.

“I just help who I can,” she says. “The biggest thing is getting them enrolled. You just hope they’re happy with your services, and it will come back to you.”

Carriers in the exchange are just now submitting fee-rate proposals for 2015, although there’s not much information yet to base new rates on, Shepard-Hall says.

“It’s probably going to take another full year before we have enough claims data to see what’s going to happen,” she says.

Shepard-Hall says the exchange’s online application process wasn’t set up to allow same-sex couples to claim joint income, meaning at least one spouse potentially wouldn’t be considered eligible for tax credits for qualified health plans. She says she knows of cases in which one spouse enrolled in an Apple Health plan, while the income-earning spouse had to enroll in a full-pay private plan.

“That’s a federal issue that’s supposed to be fixed,” she says.

The exchange’s Frey says Washington state is ahead of the federal government in supplying that fix, and the exchange now has a procedure to address the joint-income issue.

“Same-sex couples can get the tax credit, but there may be some manual labor involved,” Frey says. “So couples having that issue just need to contact us, and we can do a work-around for them.”

Updates to the exchange’s software system should be in place this month, says a notice issued by the exchange. Going forward, the income of both same-sex spouses will be included in the calculation of the household’s modified adjusted gross income.