Rising Star Justin Botejue: Pivot away from law proves to be healthy move

Liaison comes to Spokane for school, stays for career 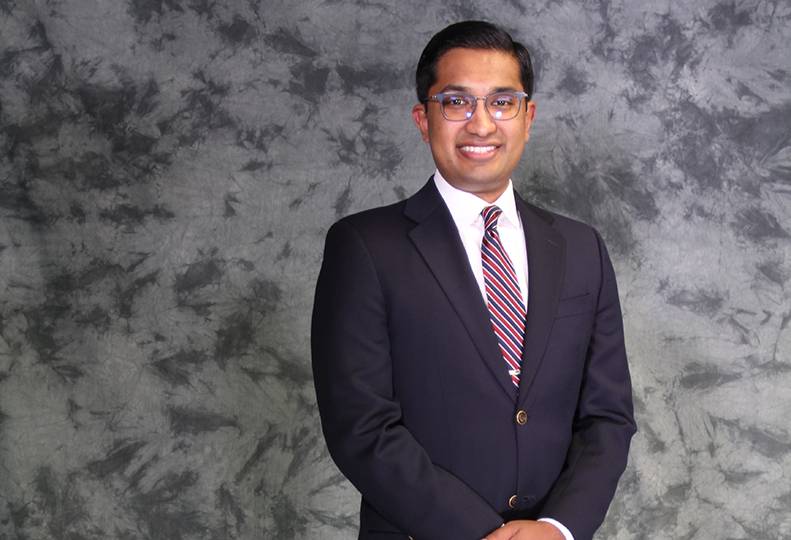 In addition to his full-time job at Shriners, Botejue is an STCU board member, an ordained elder at First Presbyterian Church of Spokane, and a Spokane Scholars Foundation board member. He also volunteers regularly at the Inland Northwest Rail Museum and is even learning Spanish in his spare time.

Botejue was born and raised in Anaheim, California, about 2.5 miles from Disneyland. His parents immigrated to the U.S. from Sri Lanka and instilled in him an understanding of the value of education at a young age, he says.

“When they came to the U.S., they realized education was the best and probably the only way to have any chance of moving up in the world,” says Botejue.

Botejue chose to attend Whitworth University because of its affordability compared to some schools in California, he says. He originally aspired to go to law school, so he became an intern for Washington state Attorney General Bob Ferguson, and, at age 19, he completed an internship in Washington D.C. at the Department of Justice Office of Legislative Affairs.

“Three days upon starting my internship there, Attorney General Eric Holder resigns,” says Botejue. “It’s the Office of Legislative Affairs that’s supposed to be prepping the new attorney general, so I got to help Loretta Lynch with her confirmation process.”

Despite the amazing experiences during the DOJ internship, Botejue says he realized that becoming a lawyer might not be the right fit for him.

In 2020, at the age of 25, Botejue became STCU’s youngest-ever elected board member, serving on multiple committees for the credit union.

Botejue says he brings a different perspective to the board of directors.

“Technology and financial institutions are one and the same now,” he says. “I think it’s something of value that I bring to STCU.”

Botejue also decided to enroll in Whitworth’s MBA program in 2020. Sinéad Voorhees, the assistant dean of graduate studies in business at Whitworth and a 2019 Rising Star, says her claim to fame is that she recruited Botejue to the MBA program.

“Our dean, Tim Wilkinson, sent me an email and said, ‘I have someone you need to meet, and we need to get him into the MBA program,’” says Voorhees. “I was shocked, because our dean does not personally hand-select candidates for our MBA program very often.”

In his current role at Shriners, Botejue says he’s in the business development department and is responsible for implementing the hospital’s strategy.

“That really boils down to serving more kids in more places,” says Botejue.

Botejue says he’d like to get involved in academia at some point in his career, but Voorhees says he should get into politics someday. She goes as far as saying he could be U.S. president.

“That man is brilliant, and he’s really collaborative,” Voorhees says. “You just really want to be on his team, because he’s winning.”

Research Coordinator Dylan Harris has worked at the Journal since 2021. Dylan, who was born and raised in Spokane, enjoys watching sports, cooking, and spending time with his family.