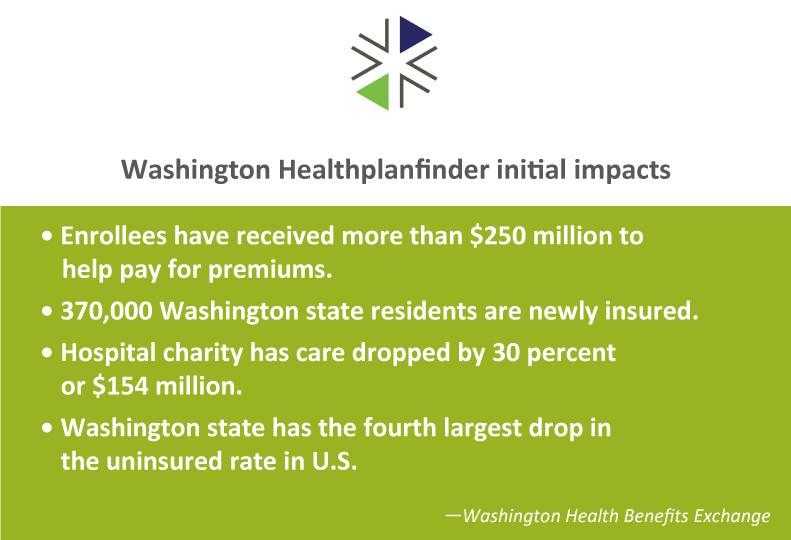 The Washington Health Benefit Exchange and its customer-service contractor here are bulking up their staffs in anticipation of the next open enrollment period for plans offered through Washington Healthplanfinder, says Richard Onizuka, CEO for the exchange.

The Spokane call center for Healthplanfinder, which Hampton, Va.-based Faneuil Inc. operates under contract with the exchange, will add 35 customer-service representatives by the open-enrollment period to bring its total staff here to 242 employees.

That’s up fourfold from the call center’s initial staffing level. Faneuil opened the call center in the Pinecroft Business Park, in Spokane Valley, in September 2013 with 60 employees fielding calls for the exchange.

From the outset, however, the center received far more calls than the exchange had anticipated.

Following numerous improvements to the system, most callers now can get through in 30 seconds, and 85 percent to 90 percent of new enrollees complete their application process the same day of their initial call, Onizuka says.

During the open enrollment period, Faneuil call centers in Virginia and Florida will handle overflow calls, providing a potential for more than 500 customer service representatives to be responding during peak periods, he says.

The Washington Health Benefit Exchange created Healthplanfinder in response to the federal Affordable Care Act, which gave states authority to set up their own health care exchanges or give residents the option to participate in a federal exchange.

Separate from call center staffing, Onizuka says the exchange also is budgeted to add 21 employees to its current staff of 146 employees statewide.

In the initial enrollment period, such plans were available solely through Kaiser Permanente NW, which only served Clark and Cowlitz counties.

In all, 11 employers enrolled in plans in Clark and Cowlitz counties, although the 4,000 online visitors from across the state viewed the plans, indicating there is much more interest in them, Marchand says.

The exchange will contact businesses statewide that showed interest in the small-business options in the initial enrollment period, and the health plans will be posted for employers to compare in mid-October, he says.

He predicts that the employer programs will have substantially higher enrollment in the 2015 period.

Though Healthplanfinder hasn’t been through a full annual cycle yet, Onizuka says he’s seeing some encouraging results.

He estimates that 370,000 people are now insured who didn’t have health coverage prior to the opening of the health exchange, and Washington state had the fourth biggest drop in the country in uninsured population rate.

He says hospitals statewide report that uncompensated care is down 30 percent.

Healthplanfinder currently has 148,000 enrollees in qualified health plans and expects to enroll 85,000 new enrollees for a total of 233,000 enrollees by the end of February.

Including the state’s Medicaid plan, called Washington Apple Health, more than a million people enrolled in some form of health insurance through Healthplanfinder.

“Medicaid was off the charts,” Onizuka says.

In Spokane County alone, more than 10,000 people have enrolled in qualified health plans, and 35,300 people enrolled in the state’s Medicaid plan, called Washington Apple Health, as of March 31.

About 80 percent of current enrollees can renew their plans if their income hasn’t changed, although all enrollees will be able to shop and compare plans, he says.

For the enrollment period beginning Nov. 15, Healthplanfinder will offer a total of 82 qualified health plans from 10 private insurance carriers, including 59 new plans and 23 renewed plans that were offered during the first open enrollment period.

In the initial enrollment period, eight health insurers were approved to sell 46 plans through Washington Healthplanfinder.