Some establishments offer bonuses, referral incentives while grappling with shortage 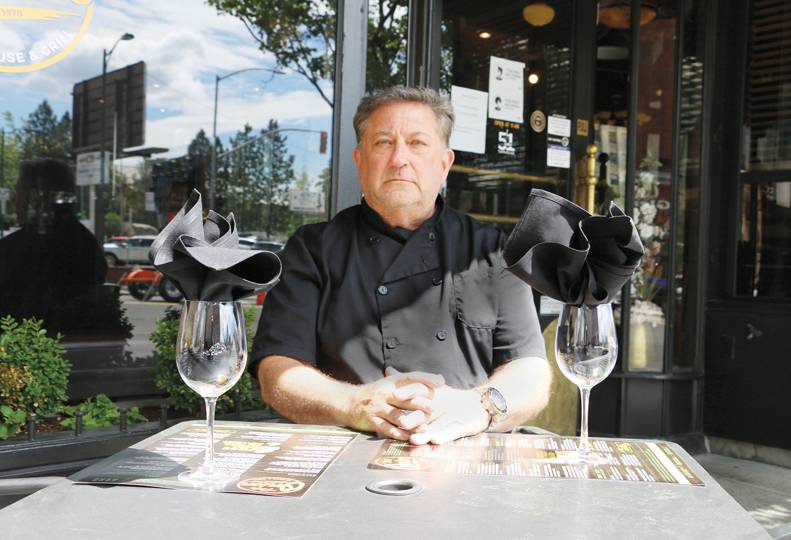 -Virginia Thomas
Landmark Restaurants President Ken Belisle says the company is giving bonuses to employees who refer people to work at its establishments.

Some restaurant owners here are looking for more creative ways to attract and retain new employees in an industry that has lost experienced workers to other fields.

Jerry Pederson, director of operations at restaurant franchisee Arby’s Restaurants of Spokane, says his restaurants used to receive about 10 job applications a week at each restaurant. Now, he says that’s closer to one application per week from each of his four locations.

In addition to not drawing much new interest, it’s been harder to attract and retain workers as the job market has heated up in Spokane, he says.

“We’re losing a lot of folks to Amazon,” Pederson says. “That’s what I hear from the managers in the stores.”

“A number of folks in the industry ... said, ‘well, maybe I ought to try something else,’” Froese says. “We’ve had a number of folks go back to school. Some of them have taken different jobs altogether.”

Froese says increased competition for workers has led to a lack of qualified applicants. Of the few job applications he receives, Froese says many show a lack of experience.

“Somebody who’s not had any restaurant experience is going to have a difficult time working with us,” Froese says. “There’s a certain amount of demand for workers in this field that’s continuing to grow, and the number of people who are available to do the work isn’t expanding at the same rate.”

Gander & Ryegrass has spent more than $1,000 on online job ads since April. The restaurant has been trying to fill at least five positions, but it’s had little success, Froese says.

“We’re spending a lot of money on LinkedIn and Indeed and sometimes Facebook ads,” he says. “Sometimes, it’s fruitful; most of the time, it’s not.”

In April, 16,100 people worked in food services, including bars, in the Spokane metropolitan statistical area, according to the Washington state Employment Security Department. That’s up from 15,700 workers in March and a significant increase from 12,400 employees in April 2020.

That industry’s workforce, however, remains below pre-pandemic employment levels. In March 2020, the state reported 17,900 people working at restaurants and bars in the Spokane MSA.

Derek Baziotis, Spokane chairman for the Washington Hospitality Association and owner of Bene’s restaurant at 24 W. First, in Cheney, says customers will notice the effects of a smaller restaurant workforce as their favorite restaurants adapt.

“I beg of the patrons and guests to be understanding on some things,” Baziotis says. “You’re going to see that some of your favorite restaurants are closed on Monday and Tuesday. You’re going to see some of them closing early or opening later. You might see some limited menus.”

Customers are more likely to experience longer wait times as restaurants try to appease a continued high demand for to-go options even as dine-in demand rises, he says.

“With my restaurant, if we open up to 100% occupancy and we keep up the level of to-go orders, it’s overwhelming the kitchen,” Baziotis says. “So, our dine-in ticket times are taking a little longer, which is frustrating to our dine-in customers.”

Baziotis says the industry is down about 90,000 workers statewide.

While restaurant owners are feeling the pinch of a shortage of workers, this could be a time of necessary change in the industry.

“It’s a good thing, because it’s shaking things up,” Baziotis says. “It’s making business owners reflect on their culture, how they keep their employees, how to treat them right. Long term, we’re going to have more employees who want a better culture. We’ve got to get back to the drawing board and incentivize employees to come and work in our industry.”

Kenneth Belisle, president of Landmark Restaurants Inc., which owns and operates The Onion and Frank’s Diner restaurants, says he’s been trying to recruit new employees through referral bonuses for existing employees. Any employee who brings a friend, family member, or even a former employee to apply for a job gets a $200 bonus if the job candidate gets hired and stays for at least 30 days. If the new hire stays for at least 90 days, the existing employee receives a second $200 bonus.

“If they have friends or family who come in and work for us too, they tend to stay longer,” Belisle says.

Belisle says he’s also raised pay for all of his employees at a faster rate than he had planned. Hourly employees received a raise to $15 an hour, from $14 an hour. Salaried employees now earn at least $50,000 a year.

“We had to change our model,” he says. “This is a model that we would have used three or four years from now.”

Pederson says leadership at Arby’s Restaurants of Spokane hasn’t been offering hiring bonuses, but they’re still on the table as potential recruiting tools.

“We are discussing it,” he says. “We haven’t gone that far yet. We may have to.”

Baziotis says restaurant owners also are getting more creative about how they save money. For example, he knows of one restaurant owner who has stopped serving lunch two days a week.

“We’re going to have to come up with some ideas,” Baziotis says of the restaurant industry. “Can we come up with a program where we share employees? You see a lot of people jumping on Uber Eats and Grubhub types of jobs; is there a way that your business can adapt to that type of scheduling? Can you make it so they pick their schedule?”

Some blame pandemic-era unemployment assistance for disincentivizing the return of experienced workers.

Baziotis says part of the problem is continued federal pandemic unemployment assistance, which provides an additional $300 per week to unemployed workers and has been funded through Sept. 6.

“That was a crisis subsidy, and it should be treated as a crisis subsidy. We’re not in crisis anymore,” Belisle contends. “If you do the math, it’s pretty hard to want to go back to work when you’re making $700 a week per person. For people who would probably be bussing or serving or working in pantry for $15 or $16 an hour, what’s the incentive to go do that?”

With the additional $300 federal subsidy, unemployed Washington workers can make between $501 and $1,344 per week — comparable to an annual salary of $24,000 to $64,000 — depending on their earnings from the prior 15 months, according to the Washington state Employment Security Department.

The Associated Press reports 23 states have announced over the past several weeks that they’re dropping the additional $300 from unemployment checks.

In Montana, Gov. Greg Gianforte on May 4 announced the state will end its participation in the federal pandemic unemployment assistance program as of June 27. Under a new, $15 million program that runs through October, workers who had been receiving unemployment assistance can qualify for a one-time $1,200 bonus from the state after they’ve completed four weeks in a new job.

Baziotis says that even after the additional unemployment assistance expires, the industry will find itself short by some 75,000 workers, many of whom have permanently left the industry.

“I don’t want people to cheer that (extra) unemployment is over and think that everything’s going to go back to normal, because that’s not what the numbers are indicating,” Baziotis says.