Manufacturer to move production from overseas to its operations in Valley 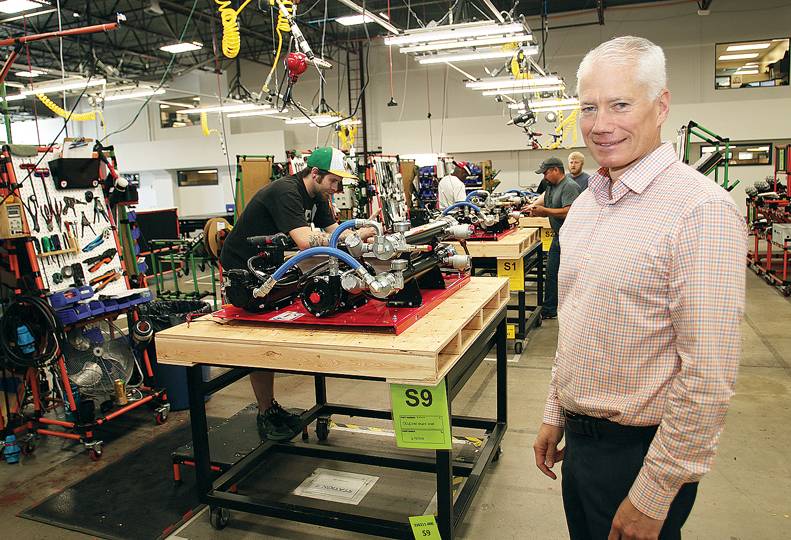 Hotstart CEO Terry Judge says the acquisition, which the companies completed on March 19, will enable the company to offer a wider variety of engine heater products and serve more customers directly in the UK through the newly formed Hotstart Birmingham Ltd., doing business as Hotstart UK.

Judge says IPU Group also has developed a variety of new products that fit well into Hotstart’s current product line, and the company plans to move production of those products to its Spokane Valley headquarters facility soon.

“We’re in the process of moving production to Spokane Valley, but it will take a few months for that to happen,” he says.

While he declines to disclose terms of the acquisition, Judge says IPU Group has been a Hotstart distributor for more than 20 years, and the two companies first started discussions about a potential purchase a year ago.

“After 76 years of organic growth, it’s exciting for us to have completed our first acquisition,” Judge says. “This experience has expanded our capabilities, and we’re excited for continued future growth.”

Judge says the company’s overall growth strategy follows the concept of TEAM, an acronym that stands for target markets, Europe, Asia, and markets that are new.

“This acquisition allows us to continue to grow our presence and sales in Europe, while adding new people to our team who know our customers there and have both expertise and enthusiasm to share.”

Once production has moved to Spokane Valley, Hotstart UK will operate as a sales office, serving the company’s customers in the United Kingdom and other European countries.

Judge says Hotstart is doing well this year, coming off a record growth last year of $64 million in sales.

“We’re already up 8 percent in sales this year over last,” he says. “Our order backlog also is 20 percent above last year’s, so we’re off to a good start.”

Hotstart is headquartered in Spokane Valley, and employs 190 people at its 140,000-square-foot facility at 5723 E Alki.

In addition to the new UK office, Hotstart operates in Köln, Germany; Tokyo; Houston; and Chicago.