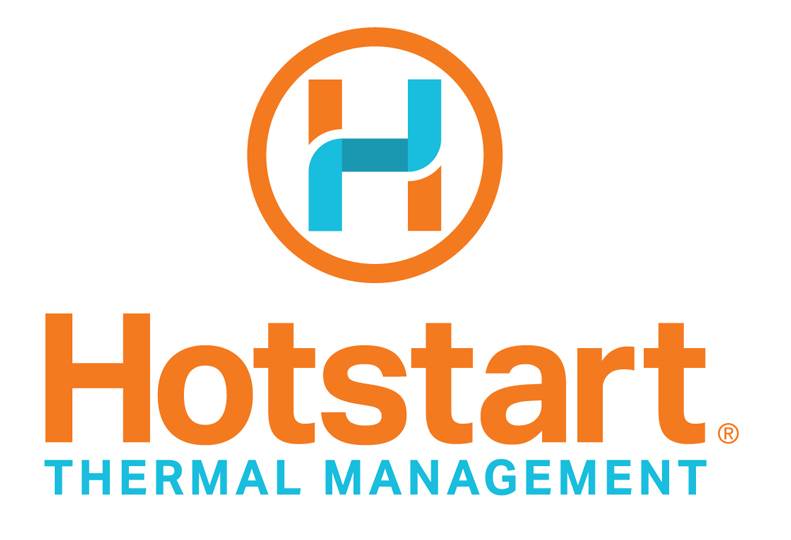 Spokane Valley-based Hotstart Inc. has added cooling technologies to its roster of thermal management systems and has rebranded the 78-year-old company under the expanded name Hotstart Thermal Management to reflect its growing capabilities.

“(It’s) evolving into a company that does much more than engine heating,” says Hotstart CEO Terry Judge. “We’re open minded now to all kinds of future growth.”

Hotstart worked with Spokane-based marketing firm Klündt|Hosmer on the rebranding, which has worked on all three of the company’s branding updates since 1992.

The addition of cooling capabilities will open the company to new and diverse markets, Judge says.

With the expanded capabilities, Judge says the company is working on custom engineered systems from original equipment manufacturers on complete thermal management systems, which includes both the heating and cooling capabilities, and lithium batteries used in energy storage.

“Energy storage is a growing market where solar power and wind power is great, until the sun’s not shining and the wind’s not blowing, so utilities are using lithium batteries to store that energy and release it when it’s needed,” Judge says.

The expansion has been nearly four years in the making, Judge says, and is in line with the company’s TEAM strategy, which stands for Target Markets, Europe, Asia, and Markets New and Diverse. He notes that the expansion best fits into the “M” category.

“We’ve really scaled up our expertise in engineering … we continue to develop more capabilities and solve problems for new customers in different markets,” he says.

The company currently has 220 employees worldwide, 190 of whom are local. Its 2019 annual revenue was about $60 million, Judge says, slightly down from its 2018 revenue of $64 million.

The company occupies 140,000 square feet of space at its headquarters at 5723 E. Alki in Spokane Valley, and recently expanded its research and development space to 3,000 square feet to give engineers more room to continue to develop new technologies and capabilities, Judge says.

Hotstart has international offices in Germany, Japan, the United Kingdom, and U.S. offices in Washington state, Texas, and Indiana. It produces at least 10,000 parts a day, according to the company’s website.

Hotstart was founded in 1942 as Kimberlin Manufacturing by Wayne Kimberlin. He partnered with Stanley Power, who owned a print shop at the time, and Power bought him out and changed the name to Kim Hotstart Inc. in 1944. The company simplified its name to Hotstart Inc. in 2009.