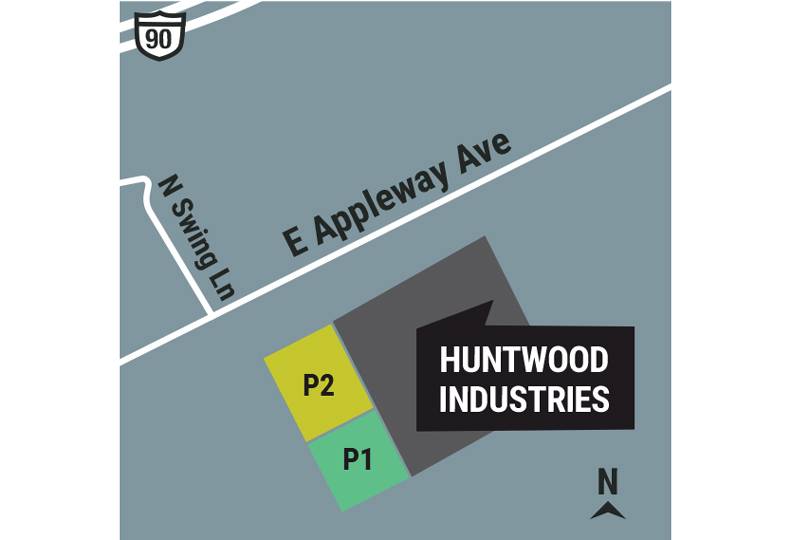 According to a building permit application filed with the city of Liberty Lake, Huntwood plans to add two, 63,750-square-foot warehouses on the west side of its manufacturing facility, which is located at 23800 E. Appleway, just east of the Itron Inc. headquarters building and north of the Meadowood Technology Campus.

Tim Hunt, president of Huntwood, declines for now to comment on the company’s plans. However, data the company earlier provided to the Journal indicates its fast-growing workforce is quickly approaching prerecession levels, which could be one factor in the company’s plan to expand the space at its headquarters by over 22%.

Construction on the first phase includes one of the planned warehouse additions, as well as the removal of a 65,000-square-foot storm water swale that will be replaced with a new 25,000-square-foot swale farther west of the building, plans show.

The company intends to enlarge the existing paved truck parking area adjacent to the building to accommodate the facility expansion, plans also show. The facility currently has nearly 900 parking stalls.

The first phase of construction is planned to begin in April and be completed in November, according to information filed with the city. No timeline is listed for construction of the second building.

Spokane-based Baker Construction & Development Inc. is the general contractor on the expansion, which was designed by Bernardo|Wills Architects PC, also of Spokane.

With 726 employees at its Liberty Lake plant as of November, Huntwood has the second largest workforce among Spokane-area manufacturers. The company added about 75 employees in 2019, after growing by about 100 employees in 2018, according to data it provided for the Journal’s annual lists of largest employees.

Early in 2007, the company reported having over 800 employees, but it finished out the year with just under 680, according to the Journal’s annual lists.

Huntwood Industries has eight U.S. showrooms. Its Washington showrooms are located in Spokane, Tri-Cities, Seattle, Bellevue, Redmond, and Lakewood. Huntwood’s other U.S. showrooms are in Portland, Oregon, and Boise, Idaho. The company also has three showrooms in Canada.

Before moving to its current location, the company occupied three buildings totaling 360,000 square feet of floor space in the Spokane Business & Industrial Park. Its current facility was constructed between 2004 and 2005 for between $10 million and $15 million, Tim Hunt told the Journal at the time.

Haskins Co., of Spokane, was the design-build contractor for the facility.

Hunt Family Properties LLC owns about 84 acres of land just off Appleway Avenue, according to the Spokane County Assessor’s Office database. Huntwood’s headquarters occupies about 44 acres of that land.