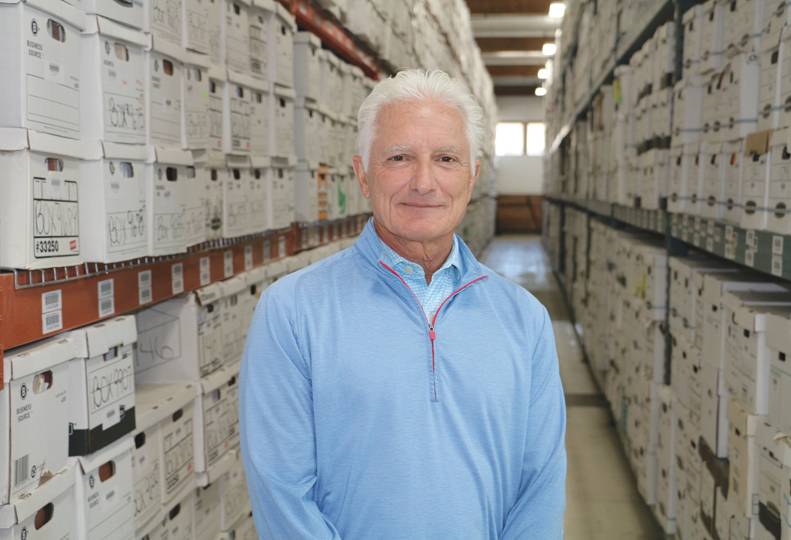 Tony Bonanzino, former president, CEO, and part owner of pharmaceutical manufacturer Hollister-Stier Laboratories LLC, now Jubilant HollisterStier, has been a constant role model in life and business for people around him.

Being a leader in business, education, and civic organizations, he could pack a lot into a day and still make time to attend family activities, says Brittanie Bonanzino, a senior communications and public relations strategist at Washington Trust Bank, who nominated her father-in-law for the Icons recognition.

“Even when he was so busy, he was always finding times to coach soccer teams and keep up family connections, making sure that was the center of his life,” she says. “He’s always there for us.”

Now 70, Anthony Bonanzino is retired from most business activities and is enjoying life with Marylou, his wife of nearly 50 years, while his son Anthony Thomas Bonanzino and daughter Stephanie Bonanzino and his three grandchildren live close by.

There were a few stages of his life, however, when his journey could have gone other directions.

For example, his father died when Bonanzino was 7 and living in Connecticut.

“Within a year, I was an out-of-control delinquent,” he says.

Bonanzino was expelled from a Catholic school in New Haven and was sent to a free school for fatherless boys in Philadelphia. “That’s where I lived through high school.”

He credits the school with instilling in him self-discipline, accountability, and respect for everyone.

After a short stint in the U.S. Air Force, Bonanzino earned a bachelor’s degree in biology from Southern Connecticut State University. He also earned a master’s degree in operational management from Hartford Graduate Center.

Bonanzino was married and working for Miles Laboratories Inc., in New Haven Connecticut, when that company was acquired by German pharmaceutical giant Bayer Corp.

He wasn’t enamored with Bayer’s top-down corporate management style when the company sent him to Spokane in 1990 to oversee production of a new product at its Hollister-Stier subsidiary. And he might not have warmed up to Spokane, were it not an invitation from the Rev. Bernard Coughlan to dinner and a basketball game.

“It moved me and began a love affair with Gonzaga University,” he says. “We became very close friends, and Father Coughlan was somewhat of a mentor.”

Other mentors at Gonzaga included the Revs. Patrick Ford and Robert Spitzer.

Along the way, Bonanzino began teaching business courses in leadership at Whitworth University and Gonzaga, he also took courses as a graduate student at Gonzaga, eventually earning a doctorate in leadership studies.

At Gonzaga, he honed leadership concepts shaped by Spitzer, who was then president of Gonzaga.

“Father Spitzer had what I called the Spitzerian philosophy,” Bonanzino says.

Bonanzino modified it into a list of five main tenets he named “Commitments of a Great Company.”

The tenets focus on recognizing the value and contributions of each individual.

“Yes, everyone brings a skill to the organization. But don’t forget they are people,” he says. “Everyone has a life. They have families.”

“If there’s no compromise, that’s not committing to what’s best for everyone,” he says.

Regarding the value of trust, Bonanzino adds, “I begin on the basis of trust with everyone I meet in business and in life. If they violate that, it changes the calculus going forward.”

When Bonanzino and equity investors acquired Hollister-Stier from Bayer in 2009, he had the Commitments of a Great Company printed on wallet-sized cards and handed one out to every employee.

The bad news, he also told them, is that he had already decided to lay off 99 people, including half of the sales team, bringing the Hollister-Stier workforce to 240 by the end of the year.

“The productivity became incredible. Sales from the time we purchased the company to when we sold it had gone up maybe four to five times what it was, and earnings had gone through the roof,” he adds. “The people made it a great company. … And in the interim, we did fun things.”

Some of the “fun things” involved giving back to the community.

“We had a group of people, and we had a budget and we decided where we could help the community, and we did,” he says.

The equity investors decided to sell the company in 2007 to India-based Jubilant Organosys for $122.5 million.

“When we sold the company, we had 525 employees,” Bonanzino says.

Brittanie Bonanzino says she often meets people who have worked with her father-in-law in some capacity.

“They look back fondly at leadership,” she says. “He has passed that leadership and entrepreneurial spirit on in his son and daughter.”

Upon retiring from Hollister-Stier a year to the day after Jubilant bought the company, Anthony Bonanzino and his son started a new business—Century Archives Northwest LLC, a records storage company based at the Spokane Business & Industrial Park.

Bonanzino says he also was on the board of directors for six different organizations at the time, including the Spokane Regional Chamber of Commerce and the Spokane Alliance for Medical Research.

“I joined the board of Inland Northwest Bank and went on to become their chairman,” he says.

Now, he’s retired from the boards and has scaled back his activity at Century Archives Northwest.

“We travel. We play golf. We care for grandkids couple days a week,” he says. “We’re just enjoying ourselves.”