Washington state leads US with most expensive manufactured homes 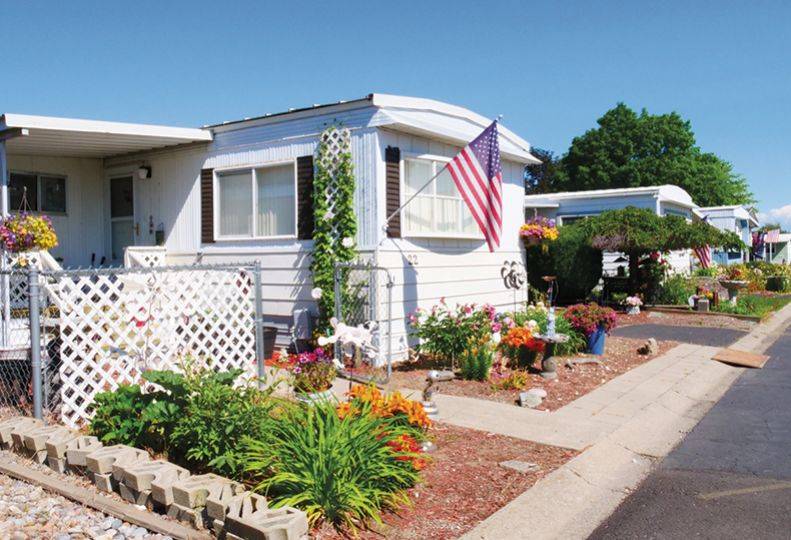 -—Karina Elias
Manufactured homes in the Contempo Spokane Mobile Home Park, on Spokane’s North Side, have sold for more than triple what they were bought for six years earlier. 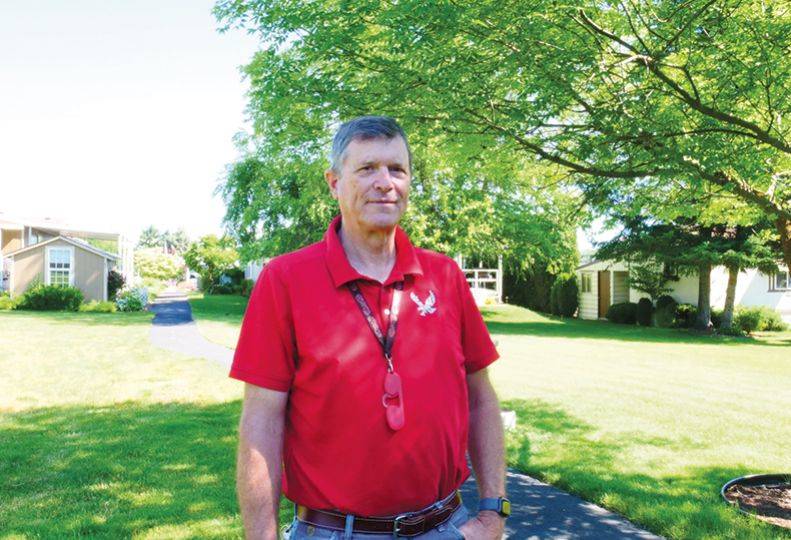 Manufactured homes historically haven’t been known for appreciating in value.

Multiple Listing Service data provided by the Spoka ne Association of Realtors show a steady uptick in sales value during the past two years. The median price for a mobile home rose 26% to $87,300 in 2021 from $65,000 in 2019, according to MLS data. Mobile homes on land sell for substantially more, and those sales follow an even steeper trajectory.

Robert Cochran, property manager at Contempo Spokane Mobile Home Park, attributes that trend to the onset of the pandemic and a short supply of homes in recent years.

Cochran says one person who leased a lot at Contempo had bought a manufactured home there for $25,000 six years ago and recently sold the home for $90,000 without performing any improvements or repairs. Just a few years ago, that home would have sold for the same or less than the original purchase price.

“There must really be a shortage if people are willing to pay so much,” he says.

Cochran contends that many people are taking advantage of the inflated real estate market and downsizing to mobile home parks without doing much research, and they’re paying more for a used manufactured home than they would for a new one.

Washington state is the most expensive place to purchase a mobile home, according to a November 2021 study by Charlotte, North Carolina-based mortgage broker Lending Tree Inc.

Jody Henderson Boutz, a real estate agent with Windermere North Spokane LLC, compares manufactured homes on rented lots to motor vehicles in that they don’t come with a conventional deed but with a title similar to that of an automobile.

Boutz says she used to advise her clients that manufactured homes on leased land don’t appreciate in value. That advice, however, hasn’t held true recently, she adds.

For example, one of her current listings features a 1,500-square-foot, three-bedroom, two-bathroom manufactured home in the Shenandoah Forest Mobile Home Park north of Spokane for $163,000. Seattle-based real estate tech company Zillow’s price history report shows that home sold for $59,000 in 2016.

Boutz says she had an offer within two hours of listing it. Two days later, the sale was pending for full asking price.

“It’s one of the more popular parks,” she says. “It’s a beautiful setting in the Mead School District and well taken care of. Some (parks) are really run down.”

Spokane County assessor Tom Konis  says he’s noticed the rising values of manufactured homes on leased lots for the past couple of years, and he also attributes the rise to the housing shortage.

“The prices are astronomical,” he says. “Manufactured homes selling for $150,000 on rented lots. There’s such a housing shortage. It’s crazy.”

Cochran’s parents bought the Contempo park in 1976, two years after it was built. Located at 1205 E. Lyons, in the Nevada Lidgerwood neighborhood, the park has 220 lots of varying sizes on 29 acres of land. Monthly lot rentals there average $500. Rent includes water, sewer, and garbage services, says Cochran.

Mobile homes and manufactured homes are two terms still used interchangeably, explains Cochran, who is the former president of the Manufactured Housing Communities of Washington, a statewide nonprofit.

Mobile homes originally were homes built on steel frames that were easily moveable. They were created to supply quick and efficient housing in the U.S. following World War II, he explains.

“In the eyes of the state, (manufactured homes on leased lots) are seen as personal property and don’t qualify for real estate loans,” he says.

He adds that if the manufactured home is on the homeowner’s land, it can go through a process in which it becomes attached to the property, more like a conventional house.

“Lending on homes that are on leased land is different,” he adds.

Over the last decade or so, Concord New Hampshire-based nonprofit Resident Owned Communities USA has been helping residents buy their communities by leveraging financing from larger banks, Cochran says.

Takesa Village Homeowners Cooperative, located at 11705 N. Wilson Road, in Mead, 20 minutes north of downtown Spokane, is one example. The resident-owned community controls the rent and sets certain rules for its members.

Tina McKinstry, Takesa Village board president, says the community received $5.5 million in financing with assistance from ROC USA in 2016. The community has 215 sites with a few vacant spots quickly filling in, she says. Rent for each lot is $380 a month and includes water and sewer services.

McKinstry says, because manufactured homes don’t qualify for traditional mortgage loans, they often are bought with cash. She saved up for four years to purchase her home for $25,000 cash in 2014.

Cochran says he has tried to persuade the Spokane City Council that manufactured homes can be one tool in providing relief during the current housing crisis.

He says the city is most focused with the infill of small pockets of land and doesn’t show much interest in manufactured home communities.

“On 2 acres, you can have about 12 manufactured homes,” he contends.

Even with the growing housing shortage, Cochran says he doesn’t see the city including manufactured homes as an infill-housing option.

“I think there is still a negative connotation with manufactured homes, and, in general, people go, ‘I don’t want to live near poor people,’” he says.