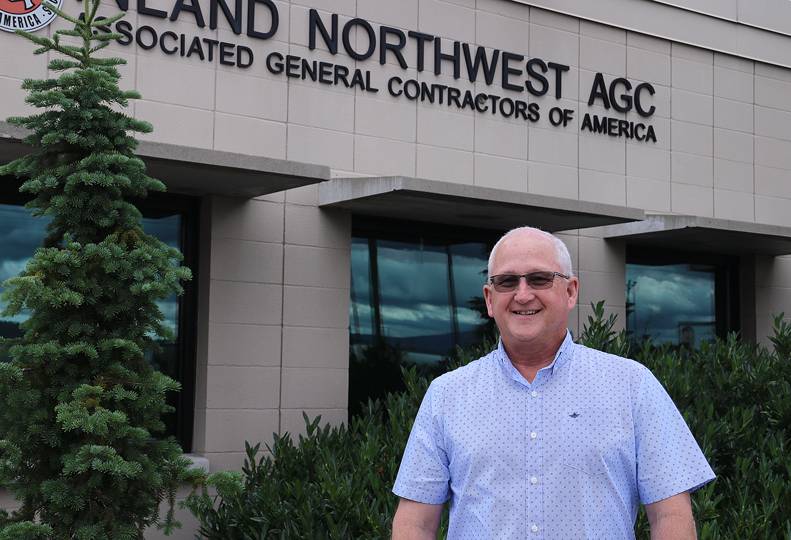 It has long been the mantra of construction workers to adhere to the proverbial “tough guy” image, those who believe showing weakness is unacceptable, and talking about feelings is unimaginable.

It’s this mindset that industry leaders are working to change in the hope of curbing the rising rate of opioid addiction in the industry and the staggering rate of opioid overdose deaths nationwide, says Curt Nead, director of safety for the Inland Northwest Associated General Contractors of America.

The Centers for Disease Control and Prevention found the construction industry has the highest rate of opioid overdose deaths. In 2016 alone, over 63,000 people nationwide died from an overdose, more than half of which suffered at least one job-related injury.

Nead, quoting a study performed by AGC, says 15% of construction industry employees nationwide have substance abuse issues, versus 8.6% in other industries.

“Those of us in the safety world are battling that … you don’t have to get hurt,” says Nead. “It’s not an industry where you have to get hurt any more than any others. It’s just that in the construction industry, the hazards are there that if you get hurt, you’re probably going to get hurt worse.”

He contends that the first step in preventing addiction or death is to ensure workers and employers are employing safe practices and increasing awareness about the issue.

Nead says the organization has implemented training programs and materials to members for front-line training.

Other important programs a company can implement are return-to-work policies that help an employee perform light-duty tasks to mitigate the risk of further aggravating an injury and to help the employee focus on something other than being injured, he says.

Nead says a lot of doctors in the past tended to prescribe pills and tell the employee to come in for a follow-up before returning to work.

He adds that employers need to clearly communicate with their employees that they have light duty work available, and that this needs to be communicated to the physicians.

Nead says the combination of returning to work and ensuring that employees are weaned off of the medications are an integral part of avoiding addiction.

The Maryland-based Center for Construction Research and Training recommends that workers explore alternative methods to injury recovery and pain management, such as physical therapy, acupuncture, or requesting less addictive pain medications that have fewer side effects.

According to the National Institute on Drug Abuse, opioids change how the brain functions, affecting the brain’s “reward circuit” that floods the brain with dopamine when using drugs. Over time, as a person continues using, the brain adapts and people will take higher dosages to achieve the same effect as when they first took the drug, which can lead to an overdose and death.

K.C. Klosterman, the Oregon-based spokesman for Dublin, Ireland-based Central Pre-Mix, which has an office in Spokane Valley, says the company performs regular drug screenings for its employees.

“Contrary to what you see in vertical building construction or residential construction, it’s pretty rare for us to see opioids or narcotics in general,” he says. “We’re pretty careful in the hiring part of our company, because we’re screening on that end too, but we have seen it on a rare basis.”

He notes that could be due in large part to the fact that the concrete-mixing industry requires less manual labor than other construction sectors.

“We don’t have hammer-swinging, shovel-digging folks,” he says. CPM also tests employees for physical skills to ensure that employees are in good physical shape to avoid injuries, he says.

Klosterman notes it’s more likely for a random drug test at his company to ping with marijuana than an opioid or other narcotic. CPM, in compliance with federal regulations, does not allow employees to use marijuana.

If people come forward with a substance-dependency issue voluntarily, the company will help employees find programs and get help, says Klosterman. If they don’t come forward or are involved in an accident, it will result in termination.

Stephanie Wood, the human resources and safety manager for Burlington, Wash.-based Fisher Construction Group Inc., says the company will perform pre-employment and random and reasonable-suspicion drug testing, and supervisors also are trained to recognize when an employee is under the influence.

“We have not seen a great deal of positive tests for opioids. Certainly, fewer than two per year, and we employ around 200 employees on a regular basis,” she says.

Wood says she believes screenings act as a deterrent for employees and make employees more cognizant of the issue, and she notes that at least half of Fisher’s employees are union members, which have strong drug-free standards.

Should an employee have an issue, Wood says the company would refer him or her to the employee-assistance program, which would assign a counselor who would recommend a treatment program. Employees who complete the program successfully are given a second chance and allowed to return to work, she says.

Nead says other actions that need to be taken are curbing the amount of prescriptions given, which he believes will be aided by the implementation of an opioid prescribing report provided by the Washington state Department of Labor and Industries that tracks the number of opioids prescribed per doctor.