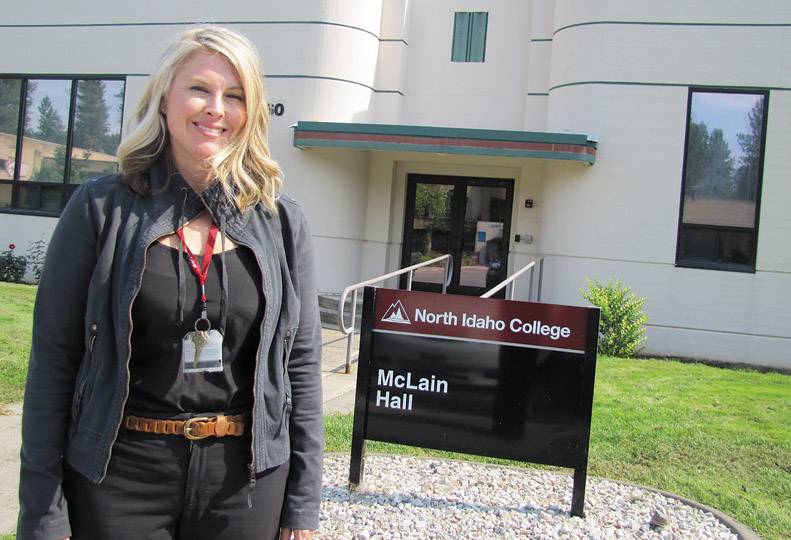 Her job as a restaurant server increasingly was becoming more challenging as her arthritis began to flare up.

Tenneson, 36, sought a new calling—something that would be easier on her joints, tap her intellectual skills, and perhaps even be a little more lucrative.

She believes she has found such an opportunity through the North Idaho College paralegal training program.

“I wanted something different,” she says. “I was always interested in the legal field, and the justice system has been so fascinating to me.”

Across the country, law school enrollments have dropped 30 percent in the past decade to the lowest point in more than 40 years, according to The National Jurist and preLaw magazine. At the Gonzaga University School of Law, 103 first-year law students enrolled last year, down from 180 in 2010.

The paralegal field, however, is seeing the opposite trend.

Mirisa Bradbury, paralegal program director at Spokane Community College, says enrollment in paralegal courses is rising, with about 50 students currently enrolled, up about 10 percent from the previous year.

“We have waiting lists for some of our classes this year, so it’s encouraging,” Bradbury says.

Nationwide, paralegal programs have seen a 30 percent jump in enrollment in the past five years, according to the U.S. Bureau of Labor Statistics.

Anderson says jobs are waiting for most students who complete the program.

“I see more than 90 percent of my students getting job offers before they graduate,” Anderson says.

Bradbury, a licensed attorney, says the SCC program has a high placement rate.

“Most of my students have jobs before they leave our program,” she says. “On a weekly basis, I’m getting inquiries, ‘Do you have a student who can do this?’”

While law school students can spend up to seven years studying to earn a juris doctorate—including undergraduate and graduate work—paralegals can earn a certificate in two years.

“They do substantive work,” she says.

What paralegals can’t do, she adds, is provide legal advice or take part in courtroom proceedings.

In Idaho, the average starting wage for a paralegal is $40,000, according to the Idaho Department of Labor.

Wages can be higher in Spokane, Bradbury says.

“That’s decent pay for two years of education,” she says. “What’s so great about the paralegal profession is that there is so much room to grow, because the law is always changing.”

“The first thing I like to tell students who are interested in law but think that seven years of school isn’t right for them is to become a legal professional as a paralegal,” she says.

While paralegals don’t have law degrees, they can have reputable and rewarding careers in law, Anderson says.

“As a paralegal, you’re an integral part of the legal team,” she says.

Although certification isn’t required for someone to become a paralegal, those who have studied in the field and earned certification have greater chances of landing jobs, says Anderson, a licensed attorney who practiced business law for several years before switching careers to teach at NIC.

“One of my jobs as the paralegal coordinator is to go out into the community and talk to my colleagues and say, ‘While you can hire anyone to be a paralegal, you want to hire my students over someone who didn’t have a paralegal education,’” she says.

Stephanie Whitson, a graduate of the NIC paralegal program, is employed at a law firm in Coeur d’Alene.

Whitson attributes her success in landing a job at the law firm to the training program.

“The NIC paralegal program is rigorous and intensive,” she says. “This really prepared me for full-time work in a law office.”

At NIC, paralegal students meet on campus once a week, and the remainder of the work is completed online.

“We realize students are really busy outside of school,” Anderson says. “That’s why it’s so important to make the learning experience as practicable as possible. Much of the studies are performed online, but classroom attendance is critical.”

While the growing paralegal field is open to anyone, Anderson and Bradbury say 80 percent of their students are women. Student ages range from the 20s to over 50.

Anderson says her program class size ranges from 35 to 50 students.

From a student perspective, Tenneson says the in-person contact with her instructor and classmates is valuable.

“(Anderson) explains to us what it will be like to actually work in a law office,” Tenneson says, “And she continuously forwards employment opportunities to us.”

Nearing the end of her paralegal studies, Tenneson says the work has been challenging, inspiring, engaging, and fun.

“It’s not all just sitting in the classroom listening to a lecture,” she says. “There are a lot of discussions and thought-provoking conversations that prepare us for the real world.”