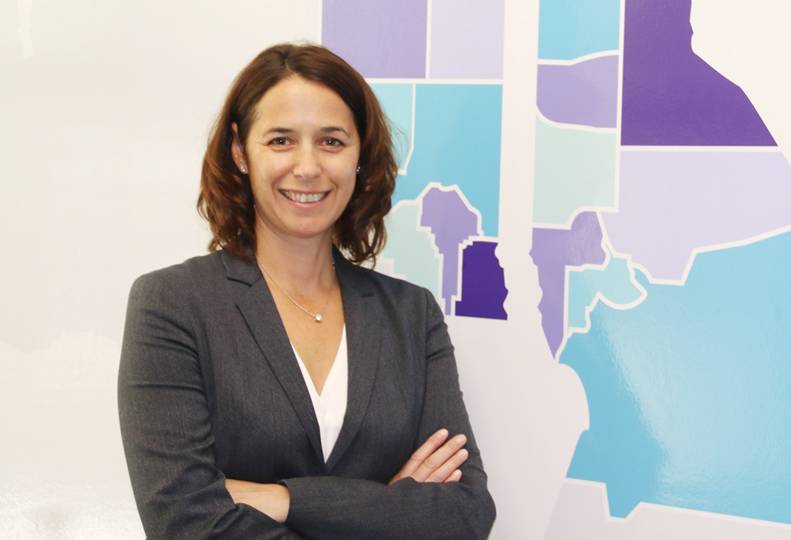 -—Kevin Blocker
Innovation Foundation CEO Shelly O’Quinn says the organization is asking more people to include giving in their wills.

Recognizing the chance to seize on an “unprecedented opportunity,” leadership at the Innovia Foundation, which oversees targeted endowments, local grants, and scholarships, has started an awareness campaign across the 20-county region it serves.

“So, we’re asking, ‘Consider leaving 5% (of your wealth) to the community you love,’” says Innovia Foundation CEO Shelly O’Quinn.

Among the 10 counties in Washington and 10 in Idaho Innovia serves, 57% of net household wealth rests in the hands of baby boomers. The 20 counties encompass 38,000 square miles and a population of 1 million.

Based on a commissioned study of the region, Locus Impact Investing placed the region’s current household net worth at $293.3 billion. Locus, a Richmond, Va.-based nonprofit, estimates a wealth transfer of $41.6 billion will occur in the region during the next decade. Over the next 50 years, it says, $376 billion could change hands.

A 5% capture over the next decade could generate $2.1 billion in charitable contributions to the region. Over a 20-year span, that amount could support average annual grantmaking of almost $115 million, according to Aaron McMurray, Innovia’s chief strategy officer.

The report says the Washington counties have a combined current net worth of $202.8 billion and a median household net worth of $100,460.

A call-to-action campaign such as the one Innovia is undertaking follows a national trend. Across the country, nonprofits and fundraising arms are appealing to individual citizens to consider leaving at least 5% of their estate to charity in personal trusts and wills.

In its report, Locus states that traditional sources of funding for community support, such as support from local businesses and local, federal, and state funding, have been reduced or eliminated altogether in recent years. Community-based philanthropy is a way for neighbors to invest and realize a shared vision for the future of their region, Locus says.

Nationally, the current net worth of 124.1 million households totals $92.6 trillion, and the median household net worth is $103,616. An estimated $9 trillion is expected to change hands in the next decade across the U.S.

However, as a generation of farmers enter retirement and sell their land, often to larger ag conglomerates from outside the area, the local resource drain on a community can be substantial.

“The rural communities feel the impact the most,” says O’Quinn, as agriculture is often their primary industry, if not their only industry.

Formerly known as the Inland Northwest Community Foundation, Innovia was founded in 1974 with a modest $15,000 grant. Today, the foundation manages approximately 450 funds valued at $135 million. During fiscal year 2019, which ended June 30, Innovia distributed a record $6.9 million in grants, O’Quinn says.

Innovia operates primarily in 5,600 square feet of space on the sixth floor of the Paulsen Center, at 421 W. Riverside.

The foundation has 16 employees, two of whom are interns and one who’s part-time. One employee is based in Coeur d’Alene working on education initiatives there, she says.

“Based on the assets we manage per staff; we’re considered a lean organization,” she says.

Despite being based in downtown Spokane, for the most part, employees are typically out of the office crisscrossing their widespread geographical footprint meeting with business, civic, and community leaders addressing their individual needs.

O’Quinn had been serving as a Spokane County Commissioner since 2013 when she submitted her application for the CEO, after outgoing CEO Mark Hurtubise announced plans to retire in 2016.

O’Quinn, who had earlier worked for a year at the foundation from 2007 to 2008 as its senior program officer securing grant money, was selected as CEO in April 2017 following a nationwide search that drew 55 applicants.

O’Quinn says she loves the mission of the foundation.

“We’re a neutral party that works with donors through extensive networks,” she says.

Of working at Innovia, O’Quinn adds: “It presents a chance for all of us to ask, ‘What’s my legacy going to be?’”