Investing in defense (stocks) can be a good offense

Allocations to the Pentagon are projected to increase 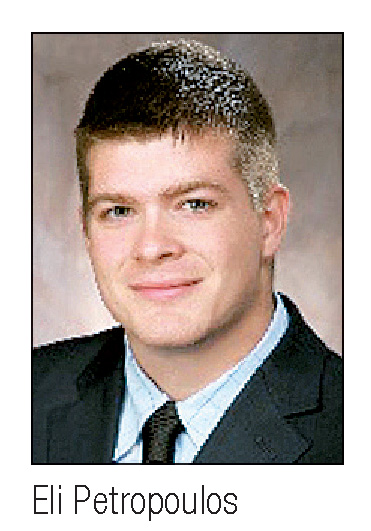 Investors in the aerospace and defense industry have enjoyed a strong return of 11.3 percent so far this year—as of Oct. 21—and that strength is primed to continue generating above-average returns over the foreseeable future.

Government spending allocated to the Pentagon is the primary driver of defense performance, although private and foreign demand play an important role. The geopolitical environment has become volatile, with issues arising with ISIS, Iran, Syria, Turkey, and elsewhere in the Middle East, making the region the primary concern of U.S. officials. ISIS and its related groups have carried out increasingly frequent attacks, with both the death toll and number injured through October of 2016 already doubling 2015’s total.

The attacks are geographically diverse and require heightened security in most Western and Middle Eastern nations, as well as some in South Asia. Russia has quickly emerged as a point of concern, and already has required greater U.S. presence in Eastern Europe.

To that point, NATO’s Russian presence is the largest since the Cold War, as confirmed by NATO Secretary General Jens Stoltenberg. Analysts are split on the future of defense spending for the U.S. and Europe, but analysts and defense executives alike see growth in South America, Africa, the Middle East, and Asia-Pacific.

European investment may increase in many countries, as they are less able to rely on U.S. forces.

India is wanting to import more defense products, relaxing restrictions on foreign contracts as their domestic producers fail to meet the necessary quality standards. Consequently, India is now the largest buyer of U.S. arms, according to the Financial Times.

The presidential election outcome is likely to be a strong driver of defense spending. With President-elect Donald Trump making clear his support for increased military action, defense contractors should benefit from the impact that the elected candidate has on changes to U.S. intervention. Most, regardless of political stance, agree that Trump will upset the geopolitical environment, although not all agree on the degree of distress that will result.

The effects of the new administration won’t be felt immediately, but markets should gradually price the expected impact of their actions into defense firms.

Defense spending contracted 6 percent from 2012 through 2015, yet the S&P Aerospace and Defense Index gained 209 percent over the same period. Many investors think there’s a positive relationship between defense spending and the returns of the benefiting companies, but the data for the past 10 years suggests otherwise.

Other factors influencing returns include commercial business, geographic diversity in revenues, and the forward-looking nature of markets. Many defense-oriented companies have business outside of governmental contracts, the United States, or both, adding an element of risk-protection to the historically cyclical industry.

Boeing Co. is most well-known for its strong commercial business mixed with wide geographic demand for its commercial and defense products, deriving 40 percent of its defense sales from abroad. According to PlaneStats, the scheduled available seat miles for commercial flights is expected to grow by a minimum of 3.7 percent in every region worldwide, which should benefit defense contractors’ commercial revenues as demand continues to climb.

The S&P Aerospace and Defense Index has had a higher standard volatility than the S&P 500 Index for the past three, five, and 10 years. Yet, its risk-adjusted returns have met or exceeded the market for the same periods. With the geopolitical environment expected to become increasingly unstable, defense companies are well-positioned to continue outperforming.

Lockheed Martin expects sales to grow by 7 percent in 2017, the fastest pace in the last decade, on improved domestic and foreign military spending. Suppliers that position their products in line with government demand for less-expensive and higher-tech goods will be consistently awarded with new contracts.

U.S. markets are near all-time highs despite slowing GDP growth and corporate earnings, and returns on U.S. indexes have been driven primarily by the expansion of multiples rather than expanding profits, causing many investors to have concern about the possibility of price appreciation in domestic markets.

John Butters of FactSet notes that if the S&P 500’s third-quarter profit declines compared to the same period a year ago, it will mark six consecutive quarters of falling earnings, the longest streak since the measure was first tracked in mid-2008. The industry will likely be affected if demand declines or financial markets experience turmoil, but governmental contracts may act as a buffer from unseen market events.

Government contracts can be won in any market or economic environment, increasing the likelihood of growth in both price and earnings during a stagnant or declining market or economy. That, combined with the expected geopolitical and economic uncertainty, bodes well for defense-oriented firms in comparison to the broader market.

Eli Petropoulos is part of the investment team at Spokane-based Vorpahl Wing Securities. He plays a key role in managing the V Star Patriot Portfolio, which Vorpahl launched in February and emphasizes companies that derive substantial revenue from military contracts.