Is Spokane’s apartment market on the brink of stability? 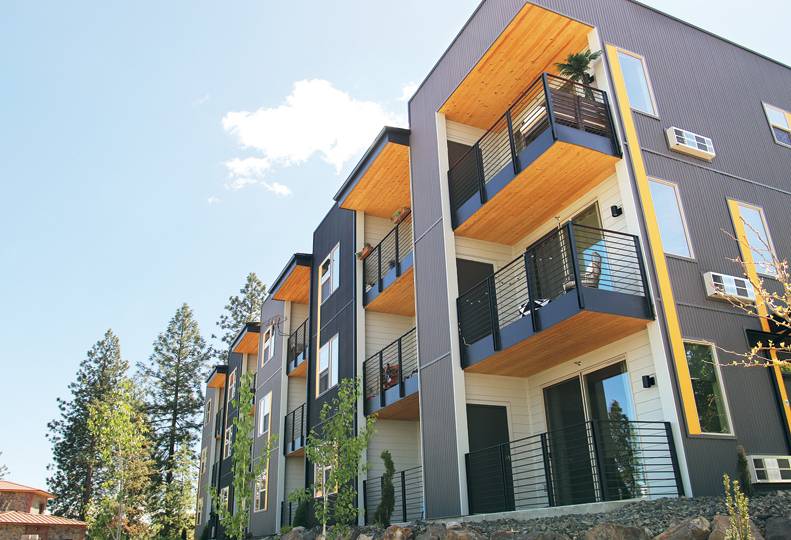 -—Natasha Nellis
New apartment units, such as these in Spokane’s Perry District, have added to Spokane’s rental inventory in recent years.

After years of historically low vacancy rates in the multifamily housing sector, some observers of the Spokane apartment market claim it’s on the brink of stabilization.

A year before that, the Runstad Center reported a 2.9% overall apartment vacancy rate for Spokane County.

Runstad surveys apartment complex owners and operators every March and September. The spring vacancy report wasn’t available as of earlier this week.

“We are witnessing the crest right now; this is where we’re going to see that start to turn,” says Danny Davis, real estate agent with Coldwell Banker Schneidmiller Realty, who estimates the market will slow within the next six to 12 months.

Davis markets several multifamily complexes in both Eastern Washington and Northern Idaho and presented at the Kootenai County Real Estate Forum in February on the status of the multifamily market.

Healthy vacancy rates are between 4% and 6%, Davis says; over 6% means the market is oversaturated, while under 4% indicates a need to build more units.

Also, when the rate is under 4%, the market is considered a landlord’s market, Davis says, and often leads to sharp increases in rent.

Not all believe the market is balancing. Jim Frank, founder of Greenstone, said via email he doesn’t believe Spokane is seeing a rising rate of apartment vacancies and that Spokane still has strong in-migration and job growth that is supporting the housing market.

“We’ve really been behind the eight ball,” says Davis, who contends that the Spokane market was slow to begin building again after the 2008 housing crash.

“What we’ve seen over the last three or four years is we’ve really started to catch up,” he says. “We’re back up on the horse, and we’re getting there.”

White, who notes that he follows building permit numbers more than vacancy-rate surveys, says Spokane peaked two years ago in the number of multifamily permits issued, and dropped significantly in 2018.

“A lot of those units are just coming online,” he says. “So, what happened is you had a two-, three-year run-up with a significant amount of inventory … and that’s why you’re starting to see more vacancy.”

White attributes the drop in permits to developers pulling back to wait and see how the market does with the new inventory coming online.

According to the Greenstone report, there are currently 14 multifamily complexes under development in Spokane County, with a total of 1,059 units expected to be available by 2020.

Those projects include the 216-unit Salish Flats project on the West Plains, the 180-unit Riverside at Coyote Rock project in Spokane Valley, and the 125-unit Sprague Apartments, also in the Valley.

White adds that he’s seen an increase in the number of duplexes being built as more investors try to take advantage of a strong market.

“The bigger investors are very wary of overbuilding,” he says. “Whereas individual investors, they’re the ones who don’t understand the market as well … just like we saw with the last home market where you had private parties trying to buy investment homes to flip.”

White says he believes the market will slow this year barring any large companies deciding to move to the area, which he says could ramp the market right back up.

“I think we’re getting back to a more level market than we were … I think there’s also a slowing down in demand overall for housing, a slight slowdown, so I think that’s part of this push in as well,” he says.

Rents have increased by 31% over the last three years and 50% in the last 10 years, says Davis, who quoted data from the Spokane/Kootenai County Real Estate Research Committee’s bi-annual report for fall of 2018.

Davis believes the Spokane market inventory has caught up to the demand and that demand will drop and vacancy rates will rise, which he claims will be confirmed by the spring report.

“That’s going to be that indicator that we look at and say, ‘We must be at that crest,’” he says. “Where we get to that oversupply—which real estate always does—and we’re going to come down the other side.”

However, Davis contends investors and developers are smarter than before the last housing bubble and believes that the market won’t take a hard dive.

Other notable trends in the multifamily apartment market include an increase in the number of renters who are willing to pay more for what Davis refers to as the “promotion of the lifestyle” apartments—those that are located in prime areas and offer several amenities to residents.

“Especially the younger generation,” he says. “They don’t see a house as a rock-solid investment like their parents did. They grew up through the recession; they saw the damage that was done in that time.”

This includes more than just the millennial generation, he says, as he’s seen those on the younger end of the baby boomer spectrum get involved in this trend as they empty their nests and start to explore new lifestyles.