Agency’s new office space to be completed in March 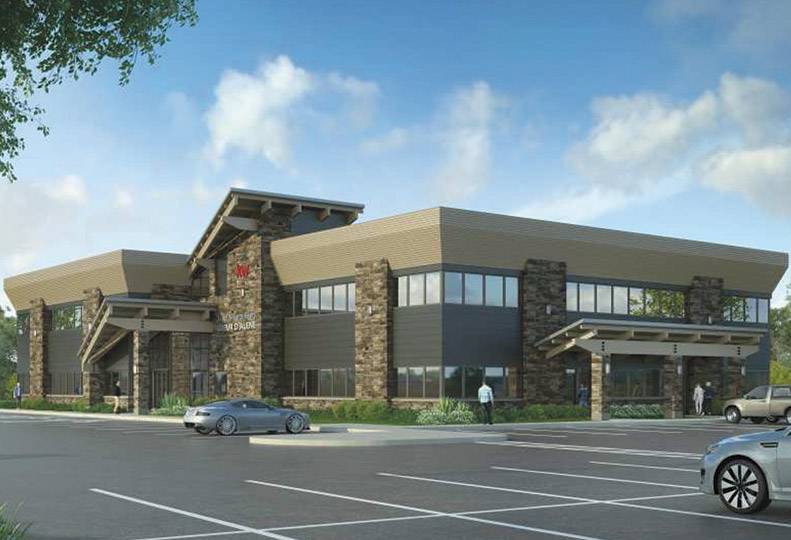 -—Eixenberger Architect
Keller Williams Coeur d’Alene will move to its new building on Schreiber Way from its current offices at 1450 Northwest Boulevard.

Construction is underway in north Coeur d’Alene on a new $3.3 million commercial office building that will be owned and occupied by Keller Williams Coeur d’Alene, says Dennis Ranch, the agency’s operating principal.

“Every space we’ve rented has been someone else’s space, and we’ve had to make do,” Ranch says. “This gives us the opportunity to build exactly what we want.”

Construction is expected to be completed next spring, possibly in March, he says. Most of the new, 22,000-square-foot building will be occupied by the residential and commercial real estate agents.

Roughly 2,600 square feet will be be available and marketed for lease to potential tenants.

Ranch says Keller Williams Coeur d’Alene also has a Sandpoint office, which will remain open. Between its Kootenai County and Sandpoint operations, the firm has about 290 agents, about 35 of whom work out of Sandpoint.

The number of agents at the real estate agency has increased from 171 in 2015, with agent numbers having grown by 22 percent so far in 2018 alone, he says.

Austin, Texas-based Keller Williams Realty was established in 1983 and has more than 975 offices and 186,000 associates, according to its website. Keller Williams Coeur d’Alene started in 2007.