$37.3 million addition expected to be complete in the summer of 2023 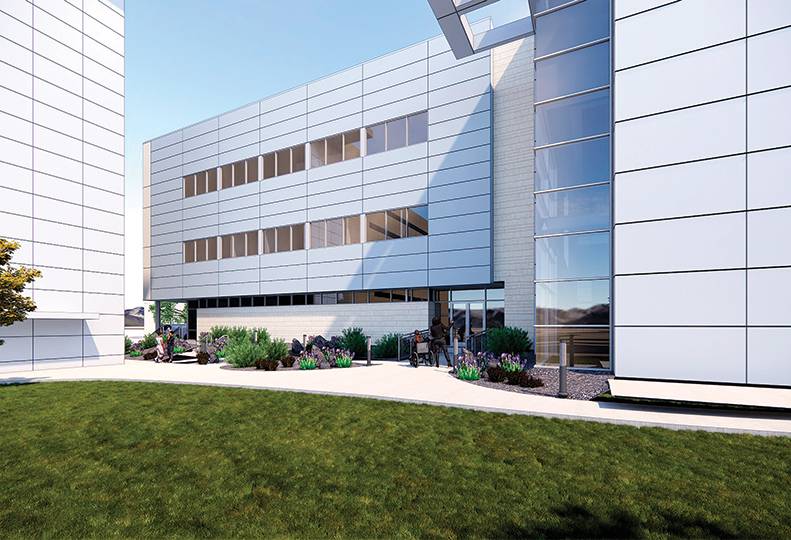 Work is underway on a $37.3 million expansion at Kootenai Health’s primary hospital campus in Coeur d’Alene.

The three-story, 21,000-square-foot addition will house an expansion of the hospital’s heart center, which will grow to 13 operating rooms from 11 and expand to five procedure rooms from three. As the Journal reported previously, the expansion is intended to meet the needs of North Idaho’s growing population.

Crews broke ground on the project in September, and it’s expected to be substantially complete in July 2023.

As envisioned, the first and third floors of the new addition will be vacant and will leave room for future expansion and growth, while the second floor will hold pre- and post-procedure patient care space, diagnostic support space, and the two new procedure rooms. The new operating rooms will be located on the second floor of the main hospital, above the current cafeteria and kitchen.

A temporary kitchen will be set up while the main kitchen closes for three months during the construction of the two operating rooms.

Included in the project is an equipment upgrade, specifically new technology in the current operating rooms and in the electrophysiology and catheterization laboratories.

As of January, about 80 people worked in the heart center. About 15 positions will be added once the expansion is completed, including technologists, nurses, and support staff.