Goal is to keep share of wealth transfer in local communities 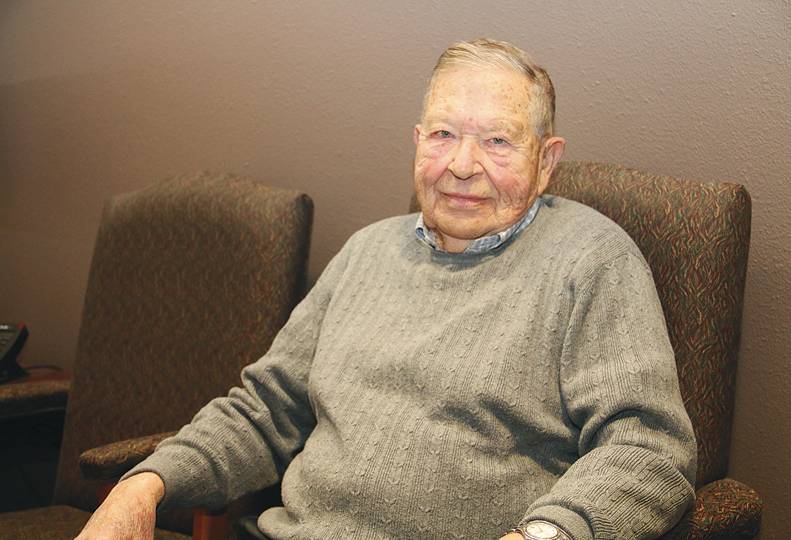 Regardless of how successful a businessperson Larry Stanley became in Spokane, his beloved hometown of Oakesdale was never far from his heart. That’s still true to this day.

Stanley, who is 93, established The Oakesdale Community Fund last December with a $20,000 matching-gift challenge to benefit the Oakesdale community.

Once the fund is endowed, a council of Oakesdale residents will ensure distributions are making impacts that matter to the community.

The founder of Spokane-based Empire Bolt & Screw Inc., Stanley was recognized in the Journal’s inaugural Inland Northwest Business Icon class of 2019, a recognition of the most influential business leaders in the city’s history. He credits his work ethic, which includes building the highly successful Spokane company, to his upbringing in Oakesdale, about 45 miles south of Spokane.

“If I didn’t believe in the value of the small town, then I wouldn’t have done this,” Stanley says of his decision to establish a fund at Innovia Foundation.

Pointing to Stanley’s spirit of community support, Innovia urges residents of the region to think about what they want their communities to look like in the next decade and beyond.

With more than half of our region’s wealth in the hands of the baby boomer generation, an excess of $42 billion in wealth will transfer to the next generation in 10 years. Most of those assets aren’t in the form of cash but in appreciated assets such as farmland, real estate, and retirement accounts.

The region’s collective assets are in the hands of people who don’t often consider themselves independently wealthy. But altogether our region has $293 billion in assets.

Innovia’s 5% Campaign is an on-going effort asking everyone in our region to leave an end-of-life contribution of 5% to their community.

That could total more than $2 billion for community endowments and nonprofits during the next 10 years.

Whether you are a farmer, small business owner, or a teacher, you do not have to be wealthy to participate in the 5% campaign. Your gift of just 5% will benefit your community in so many positive ways.

Of particular concern is wealth transfer away from rural communities, like Stanley’s beloved Oakesdale. As a generation of farmers enter retirement and sell their land, most buyers are larger land conglomerates from outside the area. The local resource drain on a community is substantial.

“It’s tragic to see so much of what I remember absolutely gone,” Stanley says.

Instead of lamenting about what once was, Stanley decided to do something about it. In the last few years, he began actively recruiting long-time surviving friends and their families to contribute to the Oakesdale Fund.

Stanley says he owes a great deal of success to Oakesdale. He was the youngest of five children when his father died when he was 16 years old. He says his family had a meager existence at best, even before his father’s death.

“We were poor … just plain poor, upon the arrival of the Great Depression,” he says. His father was one of three barbers in town, and it was often a struggle for him to provide for his family.

Stanley still recalls vividly what followed in the immediacy of his father’s death.

“In a small town, everyone knows each other’s business,” he says with a laugh. “It was no secret to anyone that it was a struggle for us.”

With his father’s medical bills left behind, Oakesdale organized a fundraising dance to support the family.

“I’ll never forget what the people of Oakesdale did for us; it was just plain compassion.” he recalls fondly.

Not long after his father’s death, Stanley’s mother moved the family to Spokane, and he graduated from John L. Rogers High School. Later, he founded the wholesale hardware company in 1972 with the same work ethic he says he observed in Oakesdale during the Great Depression.

Despite the fact that most of his life was lived in Spokane, Stanley says the professional success he achieved had its roots in Oakesdale.

“I always made sure whatever happened in my life moving forward that I would pay my dues back to my hometown,” he says proudly.