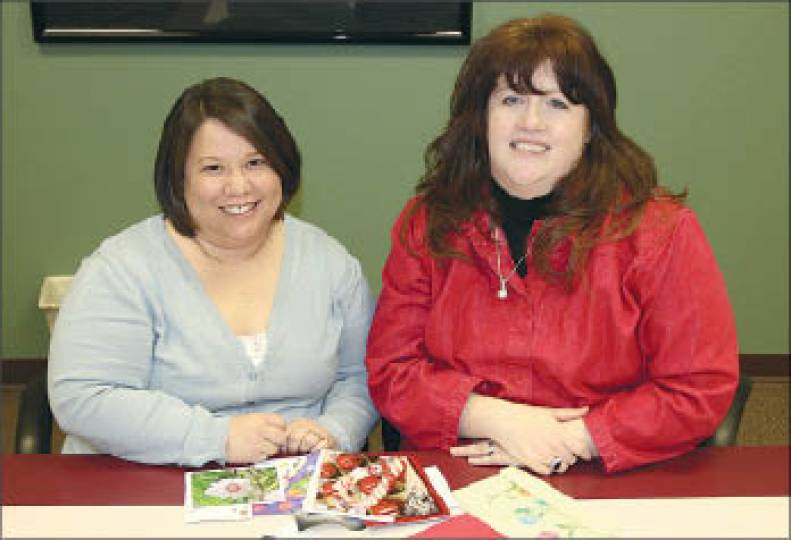 Groups here that provide free, civil legal services to low-income residents say they're seeing a rise in cases while funding support for their programs has tightened.

More than 600 attorneys here, out of a total of about 1,500 licensed attorneys who practice in Spokane County, are members of the Spokane County Bar Association's Volunteer Lawyers Program, which aims to provide those services to low-income people who otherwise couldn't afford to hire a lawyer.

Spangenberg adds that in the last several years she's observed a noticeable increase in the number of people here who can't afford to pay for legal counsel or representation, and who seek assistance through the volunteer program and other free legal-aid services. Meanwhile, she says the program lately has seen more newly-licensed attorneys join its roster of available volunteers because those lawyers are having a difficult time finding employment.

The bar association's program is seeing a rise in cases associated with child-support payment modifications, divorce, personal bankruptcy, and other debt-related situations.

"We are seeing clients who in the past might have needed assistance with just one issue, and now they have multiple reasons for coming," Spangenberg says.

Low-income residents in Washington state who make up to 200 percent of the federal poverty level—determined by the number of people in a household and its gross income—are eligible to apply for free legal assistance from the Volunteer Lawyers Program and through Northwest Justice Project. That organization, which is funded by state and federal dollars, employs seven full-time attorneys in Spokane. Along with its own caseload, it funnels to the Volunteer Lawyers Program about 80 percent of the clients served by that group.

A client who calls the hotline must meet specific criteria to receive legal counsel or representation from Northwest Justice Project, High-Edward says. Additionally, the organization must have the time and resources available before its attorneys agree to take on a case, she says.

High-Edward says the nonprofit organization focuses on handling cases in the areas of family law, consumer law, education, public benefits, and housing. In each of those areas, she says, there are certain circumstances that must be met for a case to be represented.

"For family law, there has to be a risk to a child or domestic violence that's present, so we don't take on every case," High-Edward says. "For housing, it would be something that leads to imminent homelessness, and public benefits would be denial or termination of public assistance, and generally those are disability related."

High-Edward says that while Northwest Justice Project has always handled a large number of family law cases, she's seen a rise in the number of foreclosure-related cases, as well as cases in which people are seeking legal help so they don't lose government-funded benefits.

"As people are losing jobs and losing assistance, we see a rise in those types of cases," she says.

If potential clients don't meet certain case-specific criteria or if Northwest Justice Project's caseload is full, the organization points them to other legal-aid options, High-Edward says.

"If we are closed (for intake), we will send it to the Volunteer Lawyers Program or to other agencies, like TeamChild and the Gonzaga University Legal Assistance program," she says.

TeamChild is a nonprofit legal aid group that provides representation and counsel to youth and has its Spokane office in the same building as Northwest Justice Project and the Volunteer Lawyers Program, High-Edward says.

Other legal-aid resources include the Center for Justice and the Unemployment Law Project, both of which are located in the Community Building downtown at 35 W. Main.

Another option for those who need legal advice or representation but can't afford to pay private attorneys' fees is the Moderate Means Project, High-Edward says. That effort was developed by the Washington State Bar Association and is intended to assist moderate-income residents who need assistance. Lawyers who participate in the program agree to reduce their fees on a sliding scale based on the client's income.

Spangenberg says that the bulk of the Volunteer Lawyers Program's clients come to the organization because Northwest Justice Project periodically is at capacity and has closed its new client intake.

"Clients might just walk in the door ... and if it's something we know Northwest Justice Project would take and they are doing case acceptance, we'll give them the case," she says.

She says there often are instances in which a client might be better served by Northwest Justice Project's attorneys because there might not be a volunteer attorney with the bar association's program who is willing to take a case to trial.

"We are choosier because it all depends on where we have volunteers at," Spangenberg says. "If they have to take it to trial, that is money out of their pocket, and it's hard for the volunteers to do that, whereas Northwest Justice Project has capital."

She adds, "We don't do a lot of direct representation—some is advice and counsel, or pro se assistance, which is when the client is going through a case on their own, like for a divorce."

Despite their organizations' commitment to provide free legal services to low-income community members here, High-Edward and Spangenberg say that statewide about 20 percent of eligible clients are turned away due to a lack of available resources and funds.

Says Spangenberg, "The number of people who receive assistance varies from county to county because it's based on the need in each county."

She says the number of eligible clients who receive legal assistance is determined on a statewide level, and isn't broken down by each regional office of the bar's Volunteer Lawyers Program or Northwest Justice Project.

If a client isn't eligible to be served by Northwest Justice Project, that group would refer the person to the Volunteer Lawyers Program, and vice versa.

Recent cuts in state and federal funding for programs like Northwest Justice Project also have contributed to the reduction in the number of clients who receive free legal assistance, the women say.

Spangenberg says the Volunteer Lawyers Program has experienced a hit to its financial support as well. Its funds, which pay for her salary and other overhead office expenses, come from the interest on trust accounts that are set up by law firms, she says, which is distributed to programs like hers by the Legal Foundation of Washington.

The 600 attorneys here who are listed in the program's database contribute what would be, if fees were collected, an overall estimated $500,000 worth of legal services a year. Spangenberg says it's not uncommon for some of the lawyers to volunteer between 20 and 60 hours annually to aid low-income clients who are placed through the program. In 2011, one Spokane attorney donated 130 hours of her personal time to the program, she says.

"Legal aid attorneys have to deal a lot with domestic violence and with clients who have mental health issues," Spangenberg says. "Those cases do happen in private practices, but you'd get paid to take them."

Adds High-Edward, "It's a very rewarding job. I love our clients. It provides you with a good sense of being when you are able to help people who otherwise might be in a pretty bad situation."