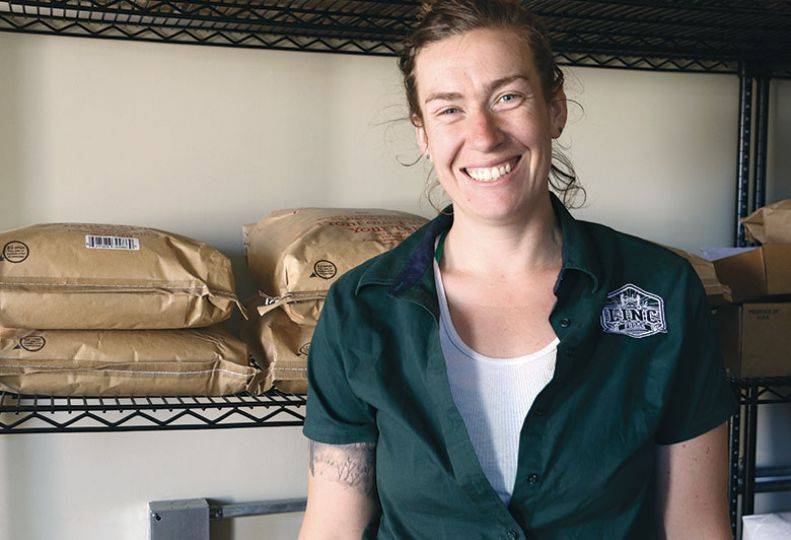 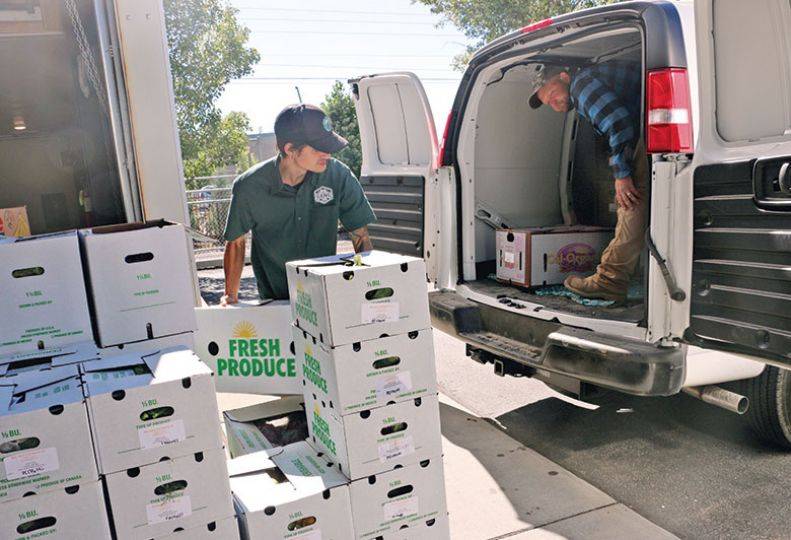 When Beth Robinette and Joel Williamson started Local Inland Northwest Cooperative Foods in 2015, the business founders operated out of the back of Williamson’s Toyota Scion and rented some cold storage space in a hotel, says Robinette.

Now, the worker and farmer-owned local food distribution co-op consists of 50 farmers and seven employees, four of whom were hired within the past year, she says.

And the Toyota Scion, says Williamson, has been swapped out for refrigerated trucks.

LINC Foods acts as link between local growers and local buyers, she says.

“We basically want local food to be more accessible, so we help growers into markets that they can’t necessarily access on own, and at same time we also try to make buying local easier and more accessible for the customer,” she says.

The company declines to disclose revenue figures, but says they have grown 300 percent each year through 2017. Although growth has slowed somewhat this year, Robinette says revenue is projected to see a 150 percent increase in 2018, and the co-op is expected to breakeven after this year.

“To be at a breakeven point in four years in a pretty difficult business, I’m pretty proud of that,” she says.

LINC Foods opened its main food warehouse in 2016 in a roughly 2,100-square-foot building at 3012 N. Nevada, say Williamson and Robinette.

The co-op works with restaurants, universities, hospitals, and other local entities, as well as individuals and families, she says.

Nearly all produce is sourced from a 250-mile radius of the city of Spokane, some even within a five-mile radius, she says. The co-op sometimes will stretch beyond that distance for specialty goods, such as organic cranberries for Thanksgiving from Starvation Alley Farms in Long Beach, Wash., more than 400 miles from Spokane.

“Our overall goal is to create a truly self-sustaining food system in our region,” she says.

Spokane-area farmers grow quite a bit of food, but little of it is consumed by local residents, she says. To her, that doesn’t make much economic sense.

“It just seems like a lot of money leaving the local economy,” she says.

Products offered by the co-op vary depending on what’s in season in the Inland Northwest. Produce can be apples, kale, carrots, eggplant, radishes, or rhubarb from Spokane; cucumbers from Deer Park; winter squash from Kettle Falls; sweet potatoes and peaches from Okanogan; or other local produce options, she says. All produce offered through LINC Foods is grown using organic practices, she says.

For individuals and families in the Spokane area, LINC Foods offers a weekly subscription box June through November.

The subscription has a base rate of $25, which can feed one or two people. Subscribers also can choose the family box for $50 a week. People can choose to add bread, coffee, milk, cheese, eggs, or meat products for additional prices, says Robinette. Boxes can be picked up at certain spots in Spokane, Coeur d’Alene, Liberty Lake, and Cheney.

This year, Washington State University could unseat Gonzaga, with plans at the Pullman campus to expand LINC’s offerings from a single dining area to five or six of them in August. In the spring of 2017, LINC Foods’ distribution range expanded to add Sandpoint, Coeur d’Alene, Moscow, and Pullman, she says.

For about five months, the facility has been running at full capacity, so the co-op recently leased another 8,000 square feet of warehouse space in building 25 to expand those operations.

Employees at LINC Foods’ malting facility take raw grains from growers and hydrate them. The grains germinate and are then kilned, or dried. The variances in heat and moisture levels during kilning create different flavors. After, the malts are sold to entities, such as brewers and distillers, to be made into beers or liquors, says Williamson.

In short, a malting facility acts as an intermediate point between farmers and brewers, says Williamson, who runs the malting operation.

Just like other aspects of the co-op, the facility sources all of its grains from local growers, he says. Some local breweries that use LINC Foods’ malts include Bellwether Brewery Co., Black Label Brewing Co., Mountain Lakes Brewing Co., Priest Lake Brewing, Steam Plant Brew Pub LLC, and Williamson’s own brewing establishment, The Grain Shed.

As the company grows, Robinette says she and Williamson continue to consider a triple bottom line: the social, environmental, and financial impacts, ensuring both LINC Foods and the local community benefits from the co-op in more way than one.

“We’re trying to make sure we grow the business in line with those ethics,” she says.

Plus, the co-op is farmer-owned, says Williamson, “so we want as much money to go back to them as possible.”

Williamson says it’s difficult to predict what concepts LINC Foods will try out in the future.

“Our hope,” says Robinette, “is when we get in the black, we find the next leverage point.”

Separately, Williamson opened The Grain Shed on June 15 in a 2,200-square-foot building at 1026 E. Newark, near Perry Street. Also a worker and farmer-owned co-op, the company is open 7 a.m.-10 p.m. Wednesday through Monday and offers an array of baked goods and different brews. Williamson, who is also a brewer for the company, co-owns The Grain Shed with brother-in-law and brewer Teddy Benson; miller, baker, and chef Shaun Thompson Duffy; and farmer Don Scheuerman, says Williamson.

Everything made and served at The Grain Shed is sourced from local grains, he says. The company is also a customer of LINC Foods.

He says The Grain Shed wouldn’t be possible without LINC Foods.