Combined firm has $700M-plus in assets under management 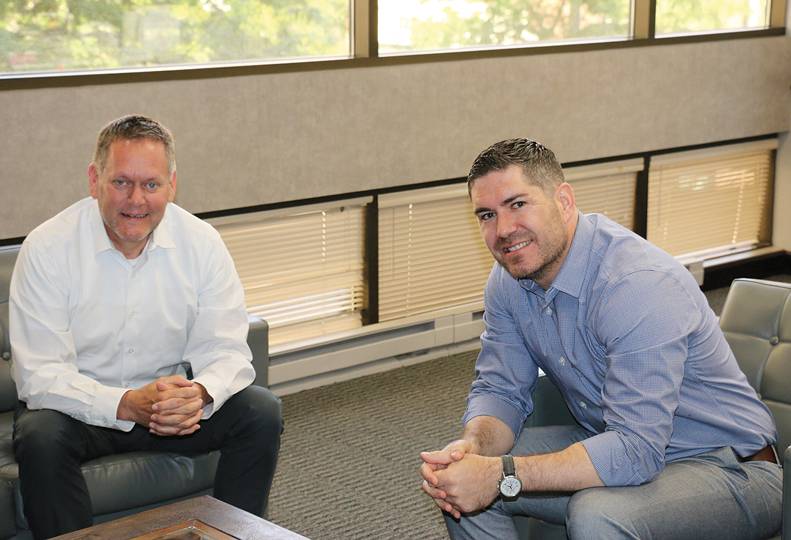 -KEVIN BLOCKER
Mike Vickerman, left, and Tim Mitrovich decided to combine operations during conversations that occurred over the first half of this year.

The transaction, which did not involve cash changing hands, was agreed to at the beginning of June and completed at the start of July, he says.

The move gives Ten Capital $755 million in assets under management, the largest amount for such a company based in the Inland Northwest.

SmartAsset, a personal finance technology company based in New York, says Ten Capital’s assets under management was at $452 million before the merger and was top in the region then, according to an early June report conducted before the merger closed.

With the pairing, Ten Capital now has roughly 1,000 clients, about 80% of whom are private citizens. The remaining 20% represent corporations, endowments, nonprofits, and trusts, Mitrovich says.

“It seemed like all the puzzles fit really well to do this,” says Mitrovich. “To us, the future is the midsize firms. Going it alone is going to get harder and harder.”

Mitrovich says both Vickerman and the other financial adviser have joined Ten Capital, and Vickerman has been added to Ten Capital’s management team. The company now has a total of 14 employees.

“We understood the client demands were going to be getting greater and greater,” Vickerman says. “We needed scale to be able to invest in technology. The thing that we saw with Tim and his group was a great brain trust. They’ve had a tremendous amount of success delivering to their clients.”

Vickerman says the Ten Capital clients he knew prior to the merger all expressed high satisfaction in the service they received from the investment company.

Mitrovich, who founded Ten Capital in 2012, says the company started with $80 million in assets under management.

Ten Capital’s corporate office is located in a second-floor suite in the Chase Financial Center, at 601 W. Main, in downtown Spokane.

A registered investment advisory company, Ten Capital’s advisers are fiduciaries, Mitrovich says. That model is fee based, and the firm receives a percentage of assets under management, rather than handling commission-based sales.

“After Kevin retired last year, we basically had talks in January, a handshake agreement in March, and the formal signing in June,” he says.

“While yes, I’m the principal and CEO, we work and function as much more of a collective, and I think that has helped us to have the success that we’ve accomplished for our clients,” he says.

Vickerman says he reached out to Mitrovich to “talk shop” in late 2019.

“It ended up leading into us talking about joining forces,” Vickerman says.

Both say the merger was fueled by the fact that investment companies are facing stiffer competition as more competitors merge and technology evolves.

“At the end of the day, it all boils down to one question for the client: Am I ok?” Mitrovich says. “What that means is being in their pocket and on their phone.”

Vickerman claims Ten Capital already has a leg up on most investment companies by the active way in which the company communicates with its investors, hosts client events, and its philanthropy work in the surrounding community.

“It was very, very attractive, and it was something that I wanted for my team as well as my clients,” he says.

“He’s done an incredible job of bringing together really smart people – in all different areas – of the financial advisory world,” Vickerman says.